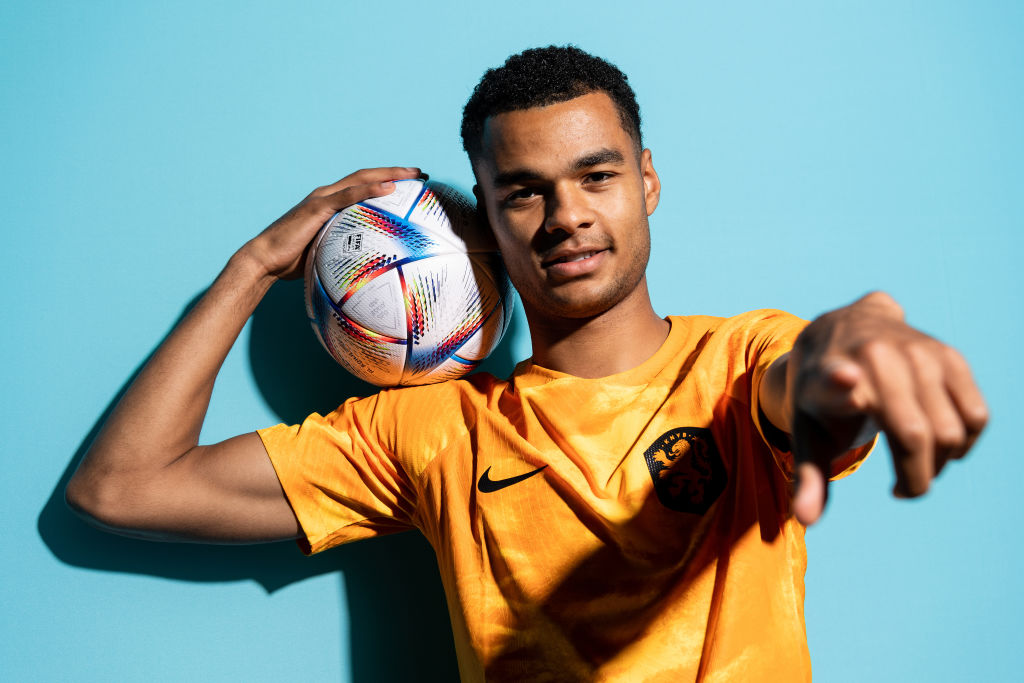 Cody Gakpo has been heavily linked with a move to the Premier League (Picture: Getty)

Netherlands World Cup star Cody Gakpo has suggested he is in no rush to leave PSV despite being linked with big-money moves to the likes of Manchester United, Arsenal and Liverpool.

Gakpo scored more than 20 goals for Dutch club PSV last season and has continued his superb form this term, netting 13 times before the mid-season break for the World Cup.

The 23-year-old scored Netherlands’ opener against Senegal earlier this week and was also on target in their Group A clash against Ecuador, opening the scoring with a superb left-footed strike.

Speaking before the match, Gakpo was asked about the speculation over his future and insisted he was in no great rush to leave PSV, although he admitted he has seen several of his international team-mates improve at bigger clubs in Europe.

‘I understand the mindset of those players [who dream of joining a major European club]. I also have my sporting goals myself and I will make a choice from there,’ he told Algemeen Dagblad.

‘But it is certainly not the case that when I train here with players who play at big clubs abroad, I constantly think, “oh dear, now I also have to go abroad quickly.”

Gakpo has looked lively at the World Cup (Picture: Getty)

‘The idea that “they have all gone abroad, now I will too” is not there. But I do see players who have become even better and stronger abroad.

‘I played with Dumfries and Bergwijn at PSV and those guys have already experienced it. They share their experiences just like Memphis. The level abroad is even higher, you hear that all the time.’

Speaking last month, he said he was open to joining United or their Premier League rivals Manchester City and Liverpool.

Current Premier League leaders Arsenal have also been linked with a move for Gakpo as they look to strengthen Mikel Arteta’s squad at the Emirates.

While Gakpo is flourishing for club and country, Manchester United hero Teddy Sheringham has warned his former club against signing the ‘flitty’ World Cup star.

Fans were waiting through the night to check in to their accommodation (Picture: Twitter) Some Australian football fans in Qatar say they want to leave the World Cup early after claiming their accommodation was ‘flooded with sewage’. Fans have reportedly been forced to wait in line overnight for their rooms to be ready, only for […]

Owen Warner’s ex Chloe Ferry rooting for him to win I’m A Celebrity: ‘He’s got the full package’

Owen Warner’s ex wants him to win I’m A Celebrity 2022 (Picture: ITV) Owen Warner’s ex-girlfriend Chloe Ferry, of Geordie Shore fame, is hoping he is crowned winner of this year’s I’m A Celebrity… Get Me Out Of Here! The Hollyoaks actor is currently the bookies’ favourite to win the ITV series and remains in […]

GMB viewers depressed by cost of living crisis as £500,000 competition winner celebrates by ‘putting heating on’

To view this video please enable JavaScript, and consider upgrading to a web browser that supports HTML5 video Viewers of Good Morning Britain were left reeling at the bleakness of the cost of living crisis after the winner of the show’s £500,000 prize money celebrated by ‘putting the heating on’. On Thursday’s show, Andi Peters […]