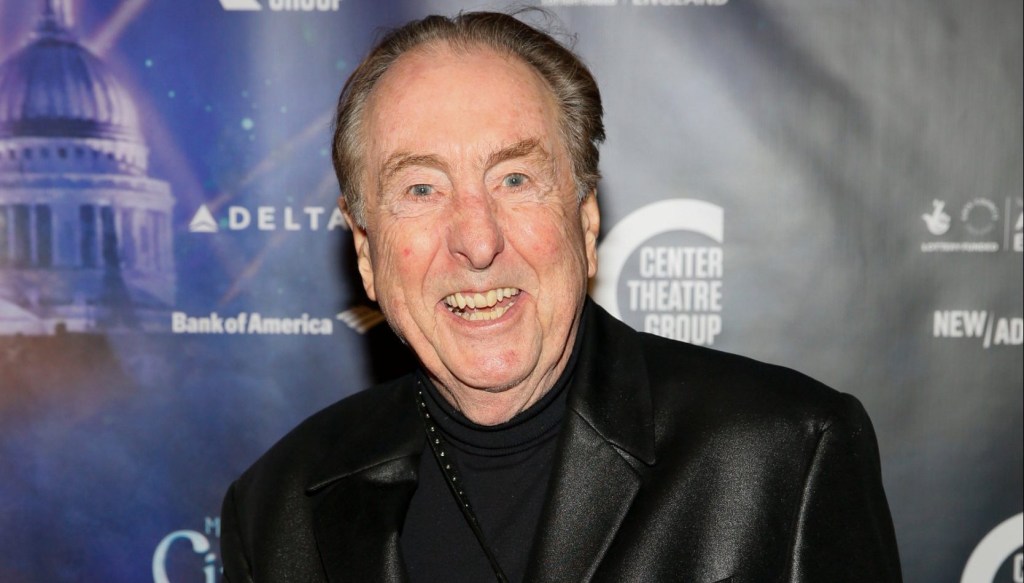 Eric Idle was fortunate to be diagnosed with pancreatic cancer early, meaning he has a good prognosis (Picture: Ryan Miller/REX/Shutterstock)

Eric Idle has revealed he has ‘survived’ pancreatic cancer, which is commonly deemed one of the most deadly forms of the disease.

The comedian and writer, 79, had been diagnosed with cancer of the pancreas around three years ago, but was fortunate to find it early enough that he could be successfully treated.

The Monty Python star opened up about his health after being unmasked as the Hedgehog on The Masked Singer US, after signing up to the show to test whether he could still perform.

Eric told Time magazine: ‘About three years ago I was incredibly lucky: I was diagnosed with pancreatic cancer.

‘Lucky? One of the most lethal forms of cancer, how on earth was that lucky? Well, because it was found incredibly early. No, not before lunchtime, but before it had gone anywhere.’

He revealed he had asked his friend David Kipper, a doctor, about the ‘quickest way to die’ while researching for a play about a writer who is creating a musical about death when he discovers he is about to die.

Eric (second right) was one of the founding members of Monty Python (Picture: Pierre Vauthey/Sygma/Sygma via Getty Images)

That same friend, who specialises in preventative medicine, was the same one who found Eric’s pancreatic cancer in 2019, meaning he was able to undergo surgery at Cedars-Sinai hopstal in Los Angeles and come out with a good prognosis.

He revealed that Dr Kipper told him: ‘Well, you’re in very good shape. The cancer hasn’t recurred. You should have about 10 years.’

Eric, who helped found Monty Python in 1969 with Graham Chapman, John Cleese, Terry Gilliam, Terry Jones and Sir Michael Palin, has since teamed up with Stand Up To Cancer to raise awareness for cancer research.

Of the comedy group, Chapman died in 1989 from tonsil cancer at the age of 48 while Jones died in 2020 aged 77 from a rare form of dementia.

Arsenal have taken 18 points out of 21 this season (Picture: Getty) Liverpool legend Jamie Carragher has backed Arsenal to battle Manchester City for the Premier League title this term and says the Gunners can surprise those that have written them off. Mikel Arteta’s side have made an emphatic start to the campaign by winning […]

EastEnders spoilers: Sharon gives up on Phil as she finds a surprising bond with Kat?

It’s unexpected…are we here for it? (Pictures: BBC) Sharon Watts (Letitia Dean) has made no secret of the fact that she thinks she and Phil Mitchell (Steve McFadden) should be together on EastEnders. Even on his wedding day she was hovering nearby ready to remind him that, if Kat (Jessie Wallace) didn’t turn up, she […]

When is Meghan Markle’s next podcast episode and how to listen to it?

The former Ms Markle’s podcast will return shortly (Picture: Charles McQuillan/Getty Images) Meghan, The Duchess of Sussex quietly postponed her podcast in the wake of Queen Elizabeth II’s death. New episodes were paused after Her Majesty died on September 8, beginning a sombre Royal Mourning period – during which Harry and Meghan reunited with the […]