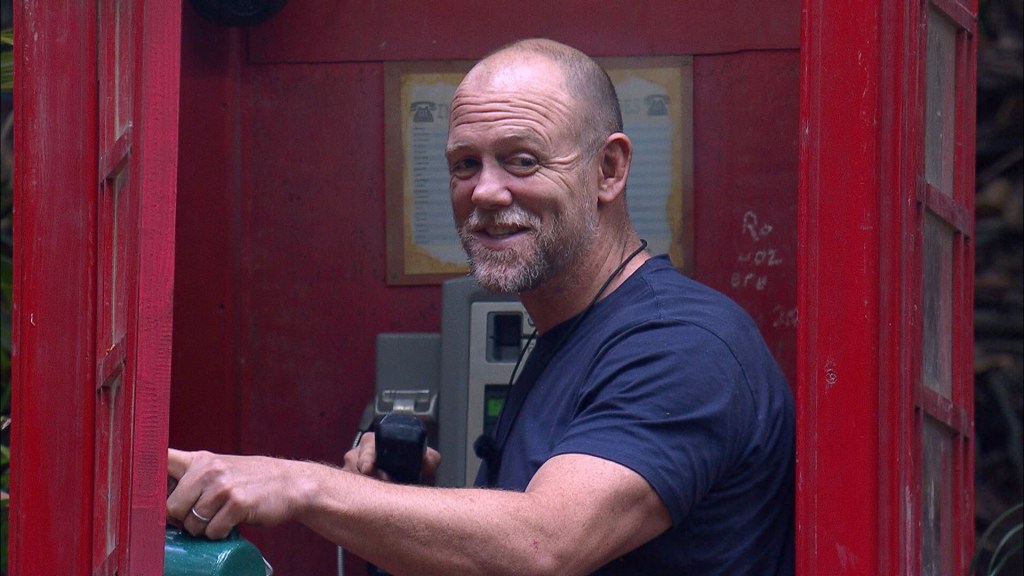 The former rugby star isn’t a fan of the chanting (Picture: ITV/Shutterstock)

Boy George became known for his chanting in the jungle, but it certainly wasn’t everyone’s favourite thing to wake up to each morning.

The Karma Chameleon hitmaker joined the likes of Jill Scott, Sue Cleaver, and Owen Warner for the 2022 series of I’m A Celebrity, which saw Ant and Dec’s reality series head back to Australia for the first time in two years.

George became the fourth star to be eliminated from the show and he’s already loving life on the outside – and Mike Tindall is also enjoying the peace and quiet.

Two days after the eighties icon’s exit, the celebs were able to finally hear the birds tweeting following the sunrise, rather than George’s meditating.

Waking up bright-eyed and bushy-tailed on Wednesday morning, Mike said: ‘Wasn’t it great to hear the birds this morning, instead of, “Om, sup…huh…”,’ mimicking George’s rituals.

In the Bush Telegraph, Mike added: ‘I did miss Boy George this morning, but it was nice to hear the birds for once. So, every cloud.’

However, the former rugby pro has been keeping his fellow campmates awake as well, through no fault of his own.

In fact, Corrie star Sue – whom Mike dubbed his ‘camp wife’ – actually ended up refusing to sleep next to him in the RV because of his loud snoring.

Sue said in the Bush Telegraph: ‘A different sleep in the RV, the bed was comfy but… I heard Mike snoring.’

After trying to get him to stop snoring in the night, Sue added: ‘Who’d have thought we’d have got so intimate, so quickly.’

Mike has proven a real hit with viewers (Picture: ITV)

The Coronation Street legend was heard in the night whispering: ‘Mike, roll over! Mike! Roll over.’

Viewers, of course, were hysterical, and questioning how on Earth Zara – Mike’s wife – tolerates his snoring.

But, what Mike has lacked in sleep etiquette, he has made up for with his ability to bring home the bacon (well, eel, or crocodile feet).

The sporting star has been a true boss when it comes to Bushtucker trials, from chugging blended pig’s penis to showing no fear while covered in green ants.

He’s also proven a hit with viewers, although, it’s Lioness Jill who bookies are tipping for the win.

I’m A Celebrity… Get Me Out Of Here! continues tomorrow night on ITV.

If you’ve got a celebrity story, video or pictures get in touch with the Metro.co.uk entertainment team by emailing us …read more

I ditched shampoo and instead tried cleansing cream in a quest to tame a hella itchy, flaky scalp

A visual representation of me trying to scratch my itchy scalp (Picture: Hairstory) This article contains affiliate links. We will earn a small commission on purchases made through one of these links but this never influences our experts’ opinions. Products are tested and reviewed independently of commercial initiatives. Hands up if you’ve been personally victimised […]

The actress is not keen to live in 1890, thank you for asking (Picture: BBC) Emily Blunt has kept it real over her chances of survival in the Wild West, admitting she’s pretty sure she ‘wouldn’t do well’. The actress stars in new BBC period drama The English, set in 1890 in the American Old […]

Freddie Prinze Jr shared his secrets to making his marriage work (Picture: Jeff Kravitz/FilmMagic, Inc) Freddie Prinze Jr has opened up about the secret to a successful marriage with Sarah Michelle Gellar – despite never having watched her most famous work.  The actor, 46, has been with Sarah, 45, since 2000 after meeting on the […]