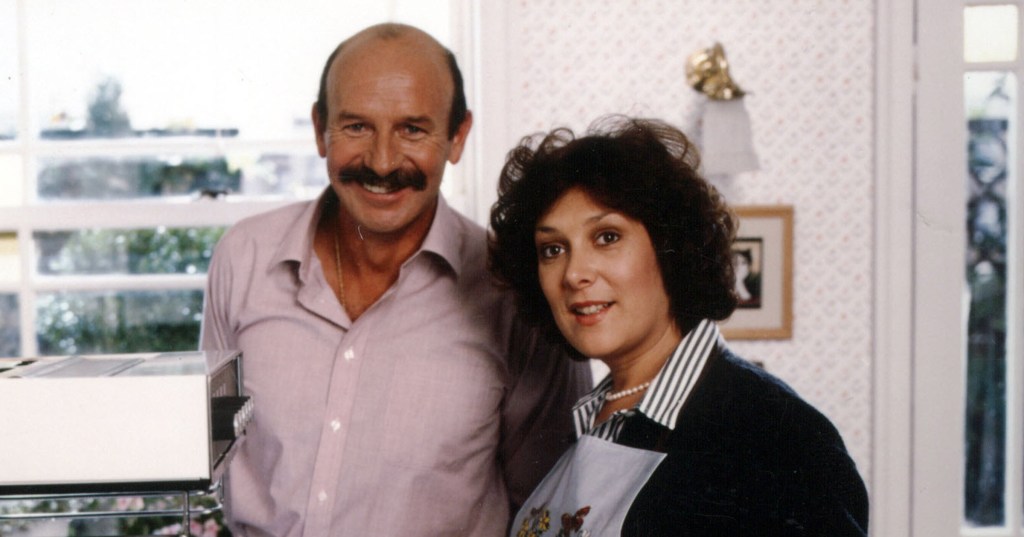 TV icon Michael Redfern has died at the age of 79.

The actor, best-known for appearing in the longstanding adverts for Oxo, died on Friday last week, his family have confirmed.

Redfern has long been a staple of British TV, having appeared in the famous Oxo advert for a total of 17 years, alongside his on-screen wife Lynda Bellingham.

His son, Ashley, announced on Friday that the beloved actor died at his home in Spain following an illness.

He told The Mirror in a tribute to his father that Redfern would be ‘greatly missed’ by his entire family, including his heartbroken wife, Carol.

Recalling his father’s hugely varied career, Ashley said: ‘Over the years, he was cast in a variety of roles including leading parts in the soap opera United!, The Newcomers as well as roles in classics such as The Two Ronnies, Porridge and Some Mothers Do Av ‘Em.’

He made special mention to the Oxo commercials, saying the role had made him ‘a much loved figure in one of Britain’s favourite television families.’

Redfern was born in Isleworth in 1943, and appeared in a multitude of stage and TV productions over his decades-long career.

From Crossroads, George & Mildren and The Young Ones, to roles in EastEnders and Doctors, Redfern enjoyed a varied and successful time as an actor.

When the Oxo adverts came to an end, Redfern retired to a quieter life, working as a taxi driver and in restaurants.

He eventually retired to Spain with his wife, where he was reportedly to host popular quiz nights.

The famous Oxo commercials aired between 1983 and 1999, with Redfern known for his trademark moustache and for his on-screen chemistry with Bellingham.

Bellingham – who went on to become a regular panellist of Loose Women – died in 2014 after a battle with cancer at the age of 66.

He’s gone for good… or is he? (Picture: ITV) What do an undiscovered body and a deadly storm have in common? Emmerdale, apparently. Producers of the ITV soap have announced that the village is set to be rocked by an epic storm over the 50th anniversary, and who can blame the weather for wanting a […]

Who supplies my gas and electricity? How to find out where your energy comes from

Looking into your gas and electric bills? You may need to contact your provider (Picture: Getty Images) With the rising cost of living crisis, many people have been looking into who provides their gas and electricity. Annual energy bills for average households in the UK are now forecast to hit £4,266 from 2023, as regulator […]

Ukraine calls on West to close borders to all Russians

The Ukrainian leader wants Russian travelers to be frozen out of the west (Picture: AFP/EPA) President Volodymyr Zelensky has called for all Russians to be banned from entering Western countries. The Ukrainian leader says the sanctions against Vladimir Putin’s regime are too weak. His intervention marks a significant change of tone from comments made in […]