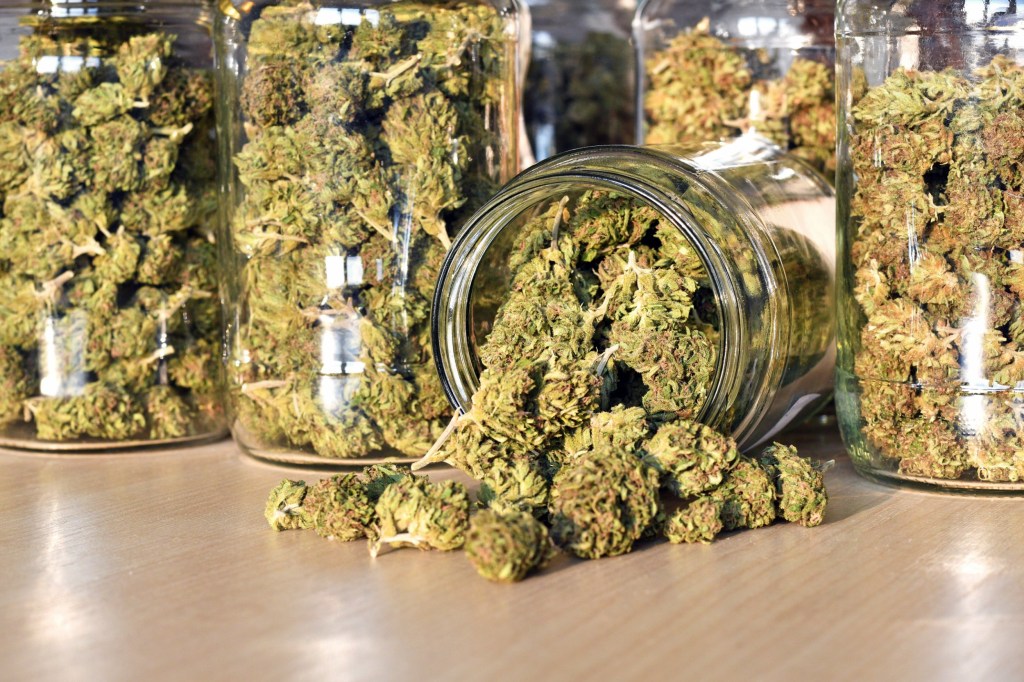 Around 17,000 people in the UK are now thought to have received legal medical cannabis for a range of conditions including chronic pain, depression, insomnia and Parkinson’s.

But still many otherwise law-abiding citizens across the country are using the black market as they are unaware the law changed in 2018.

A mum-of-one with Chron’s disease from South Wales told Metro.co.uk how she barely had the strength to look after her child before deciding to access the plant illegally.

She now has a legal prescription and says cannabis alleviates her pain and stomach cramps, allowing her to be more active, work and spend quality time with her family.

A natural medicine specialist with a background in clinical research says cooking cannabis into brownies helped reduce his dad’s Parkinson’s related tremors and drastically improved his quality of sleep.

A DJ and director from north London with Hodgkin lymphoma – a rare form of cancer – told how accessing the drug eased her discomfort.

It proved even more important after chemotherapy caused corrosion in her hip bones, meaning she was in pain and required a replacement.

One thing all of these people have in common is that despite doing their research on the medicinal benefits of cannabis, it took them some time to realise it was legally available to them since 2018.

The law changed that year after parents of severely epileptic children successfully campaigned for the government to let their children access medical cannabis oils – although many are still facing barriers.

It was a big story at the time, but what didn’t follow was lots of coverage about people using the drug to treat conditions like ADHD, anxiety or multiple sclerosis.

The drug’s availability even came as a surprise to Jon Robson, who is now managing director of private medical cannabis clinic Mamedica.

‘About a year ago, when my old colleague informed me that there were 10,000 privately paying medical cannabis patients, I just could not believe that they were sending flower in the post,’ he tells Metro.co.uk.

‘Even for someone like me who could see the benefit of what was going on in America and was biding my time and waiting for the framework for it to become available in the UK, even I was surprised last year when someone told me about it.’

Part of the reason, Jon says, is that the NHS are still very reluctant to prescribe, claiming more strong evidence is needed before advising mass prescriptions.

DJ and songwriter Savannah King, 26, says medical cannabis has alleviated the pain she feels from her Hodgkin lymphoma and an injury brought about from chemo

An estimated 17,000 people are thought to have been prescribed cannabis in the UK, mainly from private clinics, around 10,000 of whom are regular users (Picture: …read more

Banker sued bosses after complaining his £300,000 bonus was ‘unfair’

Marc Cucurella may not leave Brighton this summer after all (Photo: Getty) Brighton and Hove Albion have released an official statement claiming that they have not agreed to sell Marc Cucurella, contrary to widespread reports. It had been reported on Wednesday evening that Chelsea had beaten Manchester City to the signing of the Spanish defender, […]

Shakira all smiles landing in Miami with sons Sasha and Milan after prosecutors called for star to serve eight-year prison sentence over €23,000,000 ‘tax fraud’

Shakira landed in the sunshine state this week (Picture: Mega) Shakira seemed carefree and relaxed as she touched down in Miami this week despite her facing serious legal issues regarding her taxes.  The Hips Don’t Lie singer was spotted arriving at Miami airport accompanied by her two sons Milan, nine, and Sasha, seven, who she […]