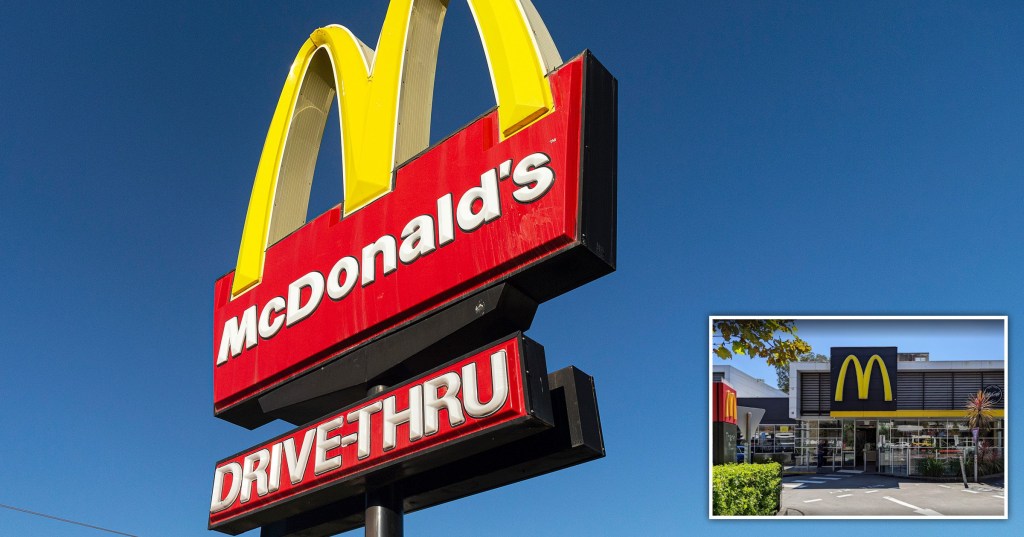 Health chiefs said the expansion would add to obesity rates in the region (Picture: Getty/Google)

Plans for a new Mcdonald’s drive-thru have been thrown out due to growing obesity rates.

The £315,000 expansion in Sydney, Australia, was ‘snubbed’ by the region’s health authority.

They argued it would add to already rising rates of obesity.

The ‘supersize’ drive-thru had been planned for Cremorne, six kilometres north-east of the Sydney central business district.

The expansion was spurred by a shift in eating habits during the pandemic.

Mcdonald’s said less people were going inside restaurants and eateries and instead were more comfortable eating in their cars.

If approved, the suburb’s current Mcdonald’s would have doubled in size and featured a new dual-lane window to serve 14 people at any one time.

The Cremorne Mcdonald’s is situated just a few miles from the centre of Sydney (Picture: Getty)

But health bosses slammed the plans and said the extra lanes would cause the area’s obesity rates to grow.

In a statement, the organisation said: ‘There is a concern that increasing accessibility to fast food, via an expanded drive-through, may negatively influence the eating habits of children and adults, and undermine existing population health strategies to tackle obesity.

‘Data from the Australian Urban Observatory shows that Cremorne already has more than adequate access to fast food.

McDonald’s say the move would have been in line with post-pandemic eating habits (Picture: Getty)

But angry locals have hit out at the plans and say the local obesity rate is 19%, far lower than the state average of 33%.

There were also fears the environment would be affected, with people choosing to drive rather than walk or cycle in if the drive-thru got the green light.

Mcdonald’s highlighted a range of healthy options on their menu in response to the news their drive-thru plans were denied.

When requesting permission for the drive-thru, a spokesperson said: ‘McDonald’s has been part of the Cremorne community for more than 40 years.

‘We are reinvesting into the restaurant to make it more accessible and convenient for our customers and crew.

‘Throughout the pandemic, we experienced a considerable increase in drive-through numbers. An additional lane will improve efficiency and reduce traffic congestion for our customers.

‘In the last two years there has been an increase in transactions in the drive through of 8.3 per cent which has been offset by a reduction in over-the-counter sales.

‘The second drive-through lane will substantially increase the queuing capacity of the operation and provide a second point of order and will minimise the queuing impact on the internal carparking area, …read more

Matt Fitzpatrick won the US Open in dramatic fashion on Sunday night (Picture: Getty Images) Matt Fitzpatrick is aiming to win six major titles over his career and took the first step towards that huge goal by claiming the US Open on Sunday. The Sheffield star finished six-under at Brookline to beat Scottie Scheffler and […]