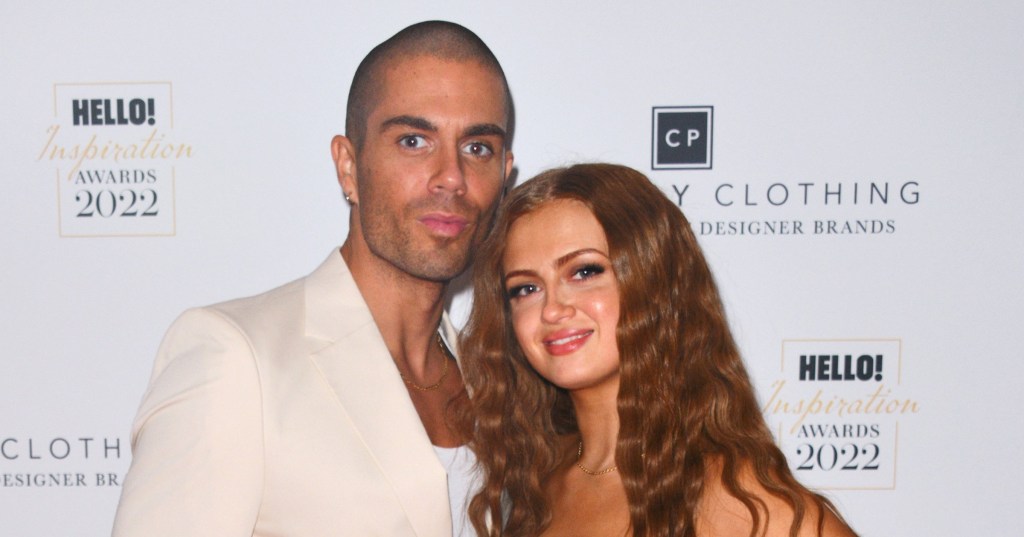 Max George has responded to critics slamming his ‘controversial’ relationship with Maisie Smith.

The EastEnders actress, 21 and The Wanted singer, 34, confirmed their romance in September after meeting on the Strictly Come Dancing 2020 tour.

The loved-up couple have made their admiration for one another public ever since, however this has resulted in several commenting on their 13-year age gap.

The All Time Low hitmaker took to Twitter on Wednesday to address the ‘concern’ over their relationship.

‘I’ve just read that apparently mine and Maisie’s age gap is ‘controversial’…,’ he tweeted.

In their first joint interview as a couple, Max and the Tiffany Butcher star recently expressed how unfazed they are by the numbers.

‘People ask me, “Do you notice it?”, and I never have. We’re so like-minded. I’ve got friends in their 30s and 40s. You connect with who you connect with’, Maisie told Hello!.

Max added: ‘It never enters my mind. Maisie has already done so many things that I’m in awe of – I look up to her.’

The pair confirmed their romance in September this year (Picture: GC Images)

The Heart Vacancy hitmaker recently jumped to Maisie’s defence after TV personality Ulrika Jonsson slammed the soap actress for uploading a TikTok video of herself crying – hinting her relationship with Max was on the rocks.

‘What I can’t comprehend is why people feel the need to show they are capable of crying,’ she penned in her column in The Sun.

Admitting she herself would cry at an advert on telly, she wrote: ‘I certainly can’t imagine reaching for my phone mid-personal drama to ensure I captured my tearful moment for people to see.

‘Surely, sadness, mourning, personal trauma or grieving is something private – not something you milk?’

Responding to the scathing attack, Max simply flashed his middle finger in a cheeky mirror selfie and tagged the former Gladiators host in the caption.

MORE : EastEnders star Maisie Smith could face driving ban as she is spotted ‘video calling at the wheel’

Kimberley Walsh has marked the milestone Girls Aloud anniversary (Picture: ITV) Kimberley Walsh has expressed her devastation over Sarah Harding not being here to celebrate 20 years since Girls Aloud formed. It’s officially two decades since Cheryl, Nicola Roberts, Nadine Coyle, Kimberley, and the late Harding were put together on Popstars: The Rivals, kickstarting their career […]

West’s ban from Twitter isn’t permanent (Picture: Edward Berthelot/GC Images) Kanye West has been suspended from Twitter temporarily, Elon Musk has confirmed. Earlier this year, the rapper was banned from Twitter and Instagram after violated rules on the social media platforms, having made antisemitic remarks that sparked widespread outrage. In November, the 45-year-old returned to […]