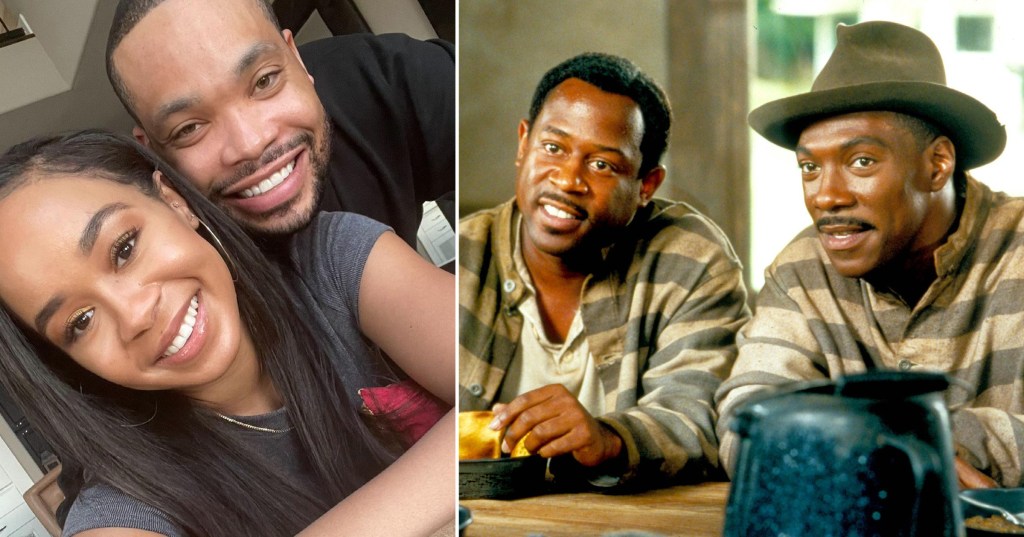 Martin Lawrence has spoken for the first time about his daughter dating Eddie Murphy’s son – and let’s just say he probably won’t be forking out for the expensive wedding.

Bad Boys actor Martin, 57, and Mrs Doubtfire star Eddie, 61, have been friends for decades having starred alongside each other twice, in 1992’s Boomerang and 1999’s Life, but they probably never imagined there was a chance they could actually become family.

In a sweet twist of fate, it emerged last year that Martin’s daughter Jasmine and Eddie’s son Eric are very much dating and in love.

Eric, 32, let the cat out of the bag in June 2021 when he posted a sweet photo of him and Jasmine, 26, cosied up together with the heartwarming caption: ‘Head over heels in LOVE with YOU.’

Their famous parents hadn’t addressed the sizzling romance publicly but Martin was quizzed about it during a recent TV interview and he spilled just a little tea.

During his appearance on Jimmy Kimmel Live last week, the Big Momma’s House star said of he and Eddie: ‘We haven’t talked about it.

‘We kind of just stay out of their business and let them do their own thing, and respect their thing.’

When asked about the tradition of the bride’s father paying for the nuptials, Martin joked: ‘I’m gonna try to get Eddie to pay for it.’

Eric and Jasmine have given fans just a glimpse of their love over the past year.

In July 2021, Eddie’s son shared a video from his 32nd birthday celebrations and tagged Jasmine as the videographer.

Then in January this year, he shared a set of photos of them posing together on her 26th birthday, alongside a sweet caption.

‘Happy Birthday, Beautiful! Thank you for being such a blessing in my life,’ Eric began his post.

We can imagine Eddie and Martin competing to give the funniest wedding speech (Picture: Rex Features)

‘I am so fortunate to experience your unconditional love. I pray that God blesses you abundantly as you enter your 26th year. You have made my life better than I ever thought it could be. You embody everything I ever prayed for in a significant other.

‘Keep shining your bright light on the world. I am so incredibly proud of you. Thank you for being the best girlfriend of all time!

The following month, Jasmine returned the favour by sharing a cosy photo of them to mark Valentine’s Day.

If you’ve got a celebrity story, video or pictures get in touch with the Metro.co.uk entertainment team by emailing us celebtips@metro.co.uk, …read more

The making of Line of Duty, as it marks 10 years on-screen: ‘It was really difficult for Martin Compston to take on that accent’

Can you believe it’s been 10 years since Line of Duty first aired? (Picture: BBC/Metro) Line of Duty has had an absolutely meteoric rise from a little-known crime drama on BBC Two to the biggest series on BBC One in just under a decade. Metro.co.uk chats to some of the cast and crew who’ve played […]

Beyonce confirmed the release of new song Break My Soul (Picture: Getty) This is not a drill, people, Beyonce has a new song dropping in just a few short hours. The Partition singer sent us all in a spin when she removed all of her social media profile pictures recently, before confirming that her upcoming […]

Cole Palmer has made 11 senior appearances for Manchester City (Photo: Getty) Manchester City will reportedly hand Cole Palmer more first-team opportunities if Raheem Sterling is sold to Chelsea. Sterling has been linked with a move away from the Etihad after seven trophy laden years, with Chelsea especially keen to secure his services while Real […]