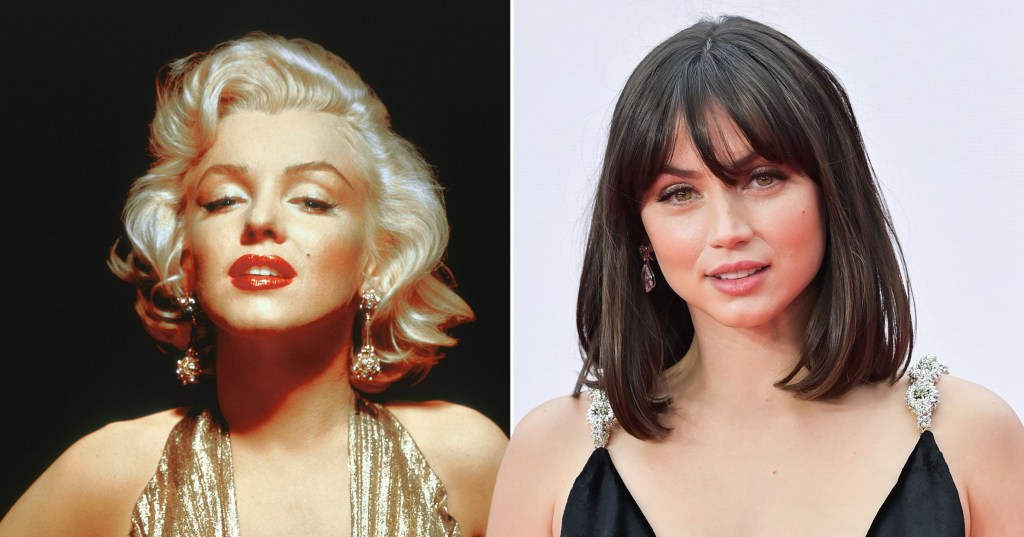 Ana de Armas’ Marilyn Monroe biopic will ‘offend everyone’ – so we really can’t wait to watch it (Picture: Getty)

Ana de Armas’ anticipated Marilyn Monroe biopic Blonde ‘will offend everyone’, according to its director, so count us in.

Adapted from the Joyce Carol Oates novel of the same name, the Netflix film was slated for release in 2020 until it was postponed due to the pandemic.

Had it premiered even earlier, ‘it would have come out right when #MeToo hit and it would have been an expression of all that stuff’, director Andrew Dominik told Vulture.

‘We’re in a time now, I think, where people are really uncertain about where any lines are. It’s a film that definitely has a morality about it,’ he continued.

‘But it swims in very ambiguous waters because I don’t think it will be as cut-and-dried as people want to see it.

‘There’s something in it to offend everyone.’

The film has already attracted controversy after being rated NC-17 due to its explicit sexual content. NC-17 stands for ‘no children under 17 admitted’ and is the highest age-rating in the US.

Dominik said that while he was surprised by the rating, which is likely to translate to a certificate 18 in the UK, he thought that they had ‘coloured inside the lines’, and he would still ‘rather go and see the NC-17 version of the Marilyn Monroe story’.

The filmmaker added that Netflix isn’t too concerned about the film’s reception as its been made on a much smaller budget than most, thus the streaming platform has ‘much bigger fish to fry than Blonde’.

No Time to Die star Ana will play the legendary icon in the drama which is a fictionalised chronicle of the inner life of Monroe.

Hollywood icon Marilyn Monroe will be the focus of the Netflix film Blonde (Picture: Bettmann Archive)

Ana previously opened up about her intense preparation for the role.

Speaking to The Sunday Times, Ana admitted it took months to nail the accent as she explained: ‘I tried! It only took me nine months of dialect coaching, and practicing, and some ADR sessions.’

‘It was a big torture, so exhausting. My brain was fried,’ …read more

Kendrick Lamar has done it again (Picture: Jeff Kravitz/FilmMagic) Rap’s outstanding voice and mind is plainly on one of those epic runs great artists can get locked into – think Stevie Wonder in the early Seventies, or Prince a decade later. True, while those titans were turning out an album a year, it’s been five […]

James is in serious financial difficulty (Picture: Lime Pictures) James Nightingale (Gregory Finnegan) is in more trouble than he’d care to admit in Hollyoaks, with the latest edition of the show revealing that he has wracked up a lot of debt. The lawyer, as viewers know, has been battling a gambling addiction, and despite being […]

Disabled children are being excluded and isolated from local playgrounds