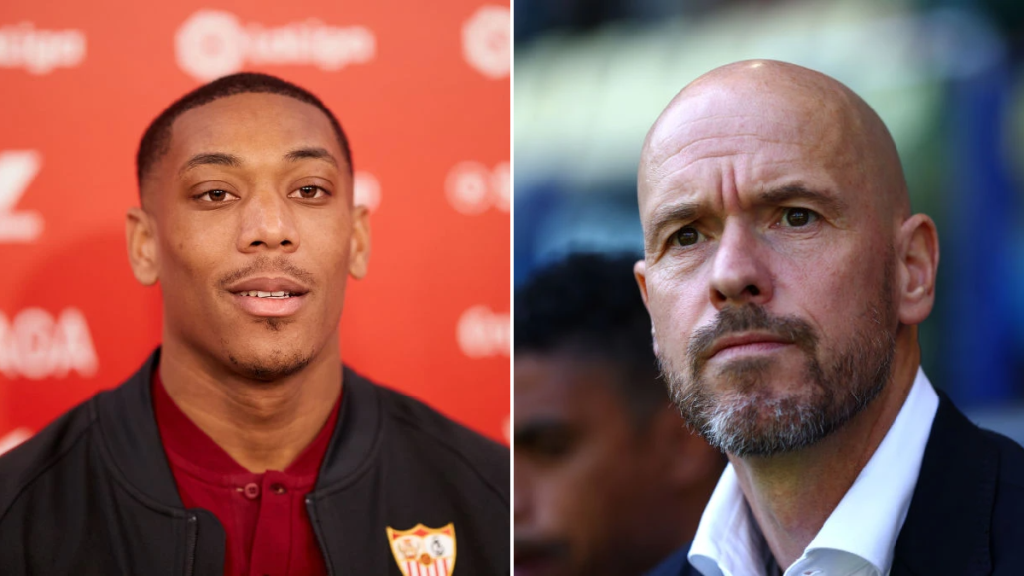 Manchester United are ready to take a hit on Anthony Martial and Eric Bailly, with both available on cut-price deals this summer.

The Red Devils spent an initial £36m to sign Martial from Monaco in 2015 and £30m to sign Bailly from Villarreal a year later.

But both players have largely struggled at Old Trafford and new manager Erik ten Hag has reportedly decided that he can make do without the French forward and Ivorian defender.

Martial has shown glimpses of his potential at United – scoring on his debut against Liverpool and netting 23 goals in all competitions across the 2019-20 season.

But he has mainly emerged as a bit-part player at the Theatre of Dreams and was sent out on loan to Sevilla last season, where he also struggled to make an impact.

Manchester United are struggling to find a buyer for the 26-year-old but are now ready to listen to offers of around £20m for the forward, according to The Sun.

One stumbling block in Martial’s move away from United is his £240,000-a-week salary, with the Premier League club aware they may need to pay him off or at least pay part of his salary going forward.

Manchester United are also actively trying to sell Bailly and have reportedly set an asking price of just £8.5m for a player who has made just 20 Premier League appearances since the start of the 2019-20 season.

Bailly was a mainstay in United’s team in his first season at the club but has slipped down the pecking order in recent years due to indifferent form and reoccurring injuries.

Ten Hag, keen to bolster his squad ahead of more departures, has been linked with moves for Frenkie de Jong, Christian Eriksen and Jurrien Timber.

But former United striker Louis Saha has urged the Dutch boss not to sign big-name players for huge fees this summer.

‘Manchester United have to make the right choices and sign the right players for the club,’ the former French international told BoyleSports Odds Betting.

‘It’s very important not to panic buy, those in charge of signings need to make sure the philosophies at the club are right and that the players coming through the door are buying into the project.

‘It doesn’t matter how much you’re spending, it’s about quality. You don’t need to spend £100million on a player who is going to disrupt your club.

‘They don’t need to worry about being left behind by their rivals. Obviously, the big teams are going to attract big names, but every team has problems that they have to deal with and United shouldn’t be pushing the panic button.’

What does Serena Williams wear on her face when she plays and why?

Serena Williams made her return to tennis after a 12-month break at the Rothesay International (Picture: Getty Images) Tennis ace Serena Williams made her return to the sport at the Rothesay International following a 12-month break. The 40-year-old athlete and partner Ons Jabeur came from a set down to beat Sara Sorribes Tormo and Marie […]

Simon Cowell ‘bringing back’ X Factor 5 years after it last aired: ‘The time is right’

The X Factor could be back! (Picture: REX) Simon Cowell is reportedly reviving The X Factor, five years since it lasted aired. The annual talent series – which saw a number of rotating stars on the judging panel including Robbie Williams, Cheryl, Gary Barlow, Nicole Scherzinger, Sharon Osbourne, and Louis Walsh – was scrapped by ITV in […]