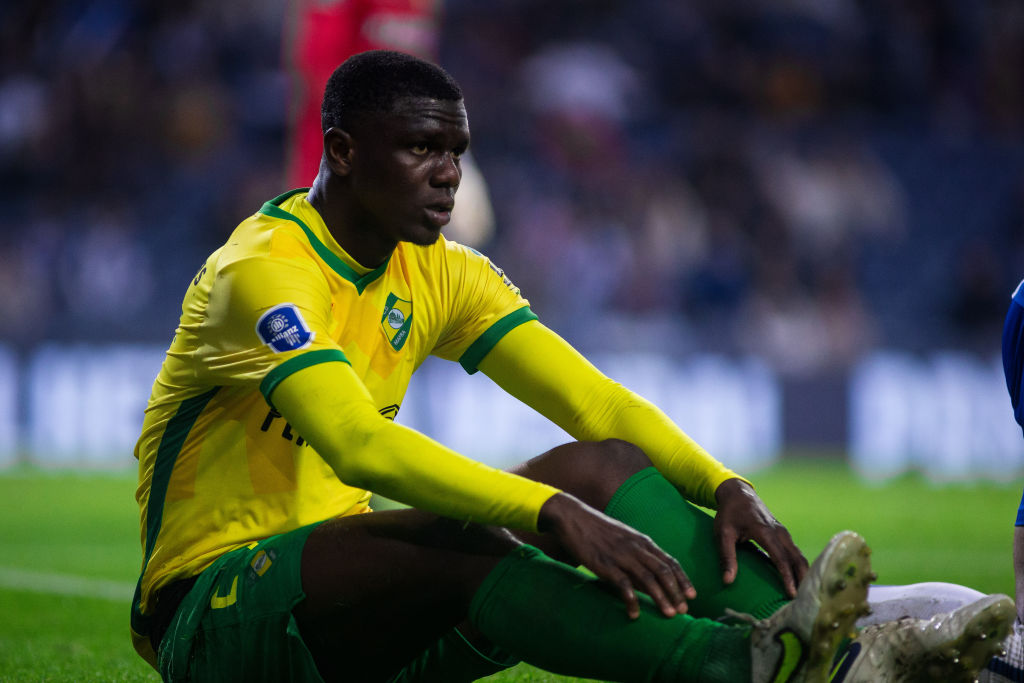 Ousmane Diomande is attracting the attention of some huge clubs (Picture: Getty Images)

Manchester City are hoping to beat the likes of Arsenal and Sporting Lisbon to teenager defender Ousmane Diomande, who is currently on loan at Portuguese side CD Mafra from FC Midtjylland in Denmark.

The 19-year-old Ivorian is on a season-long loan in the Portuguese Segunda Liga and has done enough at that level to attract the attention of much bigger clubs.

The Daily Mail report that Manchester City have made an enquiry to his parent club, Midtjylland, where he is under contract until 2026.

The report also states that Arsenal and Sporting hold an interest in the defender, with Portuguese journalist Bruno Andrade reporting that Sporting have made an offer for Diomande.

The Portuguese giants are ready to offer €7m (£6.2m) with €1.5m (£1.3m) in add-ons, but Midtjylland are holding out for €10m for the teenager who has never played a competitive game for them.

A move to the Premier League would be a remarkable rise for the teenager who has only played first team football for Mafra in the Portuguese second tier and domestic cup competitions.

The centre-back has made 13 league appearances so far this campaign for Mafra, with four more made in cup competitions.

Arsenal have already signed one defender during the January transfer window in Jakub Kiwior from Spezia, while they are hoping for a deal for Valladolid defender Ivan Fresneda.

Arsenal and Dortmund have both agreed a €15m (£13.1m) fee with Valladolid for the right-back, with both sides agreeing personal terms with the player.

The decision is now down to Fresneda, who has shone in La Liga this term, but Marca claim the full-back is leaning towards a move to Germany.

MORE : Arsenal have ’24 to 48 hours’ to make key decision over signing Ivan Fresneda

Old coffee machine water could lead to a nasty surprise (Credits: Getty Images/Johner RF) The last thing you want to come home to after a relaxing trip is maggots crawling around your kitchen or mould growing in your fridge. Unfortunately for one Aussie mum, a four-day holiday ended in disaster after returning home to find […]

Lauren Goodger had a traumatic time throughout 2022 (Picture: Getty) Lauren Goodger has opened up about the brutal impact of her baby daughter’s death, and how it affected her own health. The former Towie star’s second child, Lorena, died shortly after birth in July due to complications, leaving Lauren devastated. Adding to her traumatic year, Lauren […]