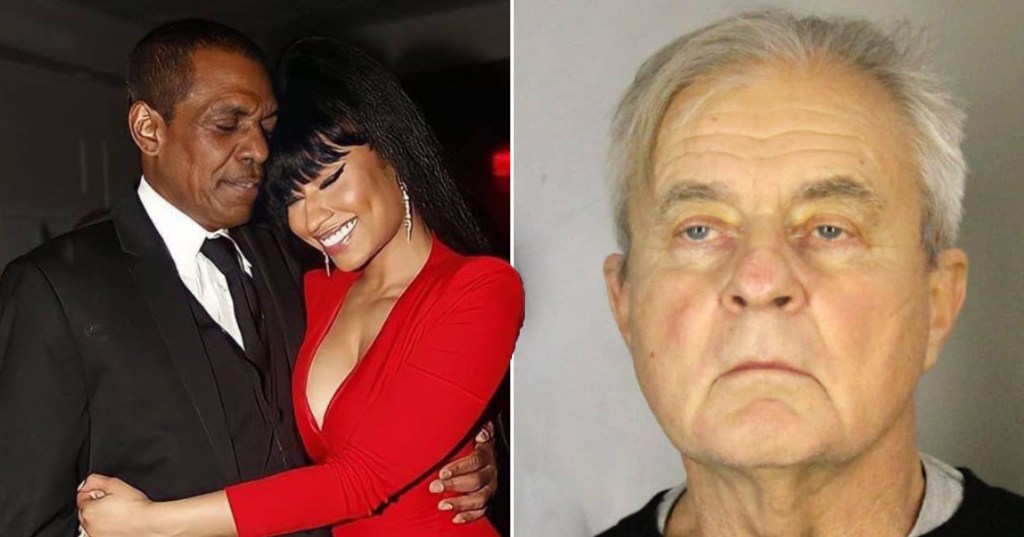 The man who killed Nicki Minaj’s dad in a hit-and-run has been jailed (Picture: Instagram / Nassau County Police)

The driver who killed Nicki Minaj’s dad has been sentenced to one year in prison, it has been claimed.

The Bang Bang rapper’s father, Robert Maraj, died last year following a hit-and-run accident in February, at the age of 64.

He was thought to be walking in Long Island when he was struck – and was taken to hospital in a ‘critical condition’ but succumbed to his injuries.

Police officers were able to track the car down to Charles Polevich’s home using various ‘pieces of video’.

He was thought to have ‘covered up’ the car in his garage and ‘did things to alter’ them being able to locate it.

Polevich later turned himself in over the accident and pleaded guilty to two felony charges – leaving the scene of an auto accident with a fatality and tampering with evidence.

The driver was facing a possible term of seven years behind bars, but TMZ has now reported that he was sentenced to one year in jail on Wednesday.

His license will also be suspended for six months, and he has been handed a $5,000 fine.

Minaj has not yet spoken about the news.

Nicki issued a heartfelt letter after his death (Picture: Getty)

The Grammy-winner previously paid tribute to her late dad in a touching open letter to fans, describing it as the ‘most devastating loss’ she has faced so far.

She shared the message three months after his death, explaining that she still kept wanting to get in touch with him.

‘Tho I can’t really bring myself to discuss the passing of my father as yet; I can say it has been the most devastating loss of my life [sic],’ the mom-of-one penned.

‘I find myself wanting to call him all the time. More so now that he’s gone. Life is funny that way.’

She added: ‘May his soul rest in paradise. He was very loved & will be very missed.’

Monkeys poisoned and attacked in Brazil over pox fears

A monkey is seen at the primates area of the BioPark, in Rio de Janeiro, Brazil (Picture: AFP) Primates have been poisoned and physically attacked in Brazil over fears they are linked to the monkeypox outbreak. Like with the coronavirus pandemic, misinformation about the virus has flooded social media, following a very predictable trend – […]

Rescuer Jayne Forrest cradles Buddy after the RSPCA feared he would never survive (Picture: South Yorkshire Police/SWNS) A Jack Russell who survived being shot and stabbed has landed a new job as a wellbeing dog with the police. Buddy, 10, was used to ‘rile’ fighting dogs before he was rescued by Chief Inspector Jayne Forrest […]