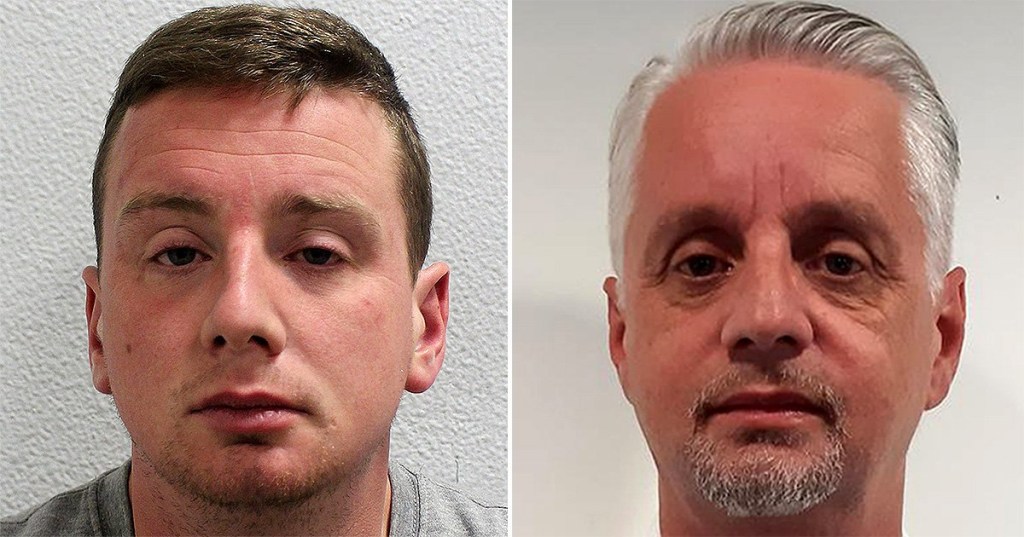 A man has been jailed for 10 years for killing his father who he claims sexually abused him.

Sean Maurice, 31, admitted manslaughter but was acquitted of murder after knifing Paul Maurice, 52, 30 times in the back and chest.

During his arrest, he had told officers: ‘I’ve got nothing to lose.

‘You lot are trying to arrest me because I beat up my dad who abused me, he raped me… and you want to arrest me? What kind of f** justice is that?’

Mortally injured Mr Maurice had desperately called his next-door neighbours for help on the evening of September 14, 2021.

The couple found him covered in blood and shirtless while slumped on their doorstep in Bromley, south-east London.

The father told them his son had attacked him and that he didn’t want to die.

After emergency services rushed to the scene, a police officer asked the victim who was responsible.

Maurice told officers his dad had abused him (Picture: PA)

Mr Maurice was stabbed 30 times in the back and chest on the evening of September 14, 2021 (Picture: PA)

A manhunt was launched following the allegation, but it ended after a few hours when Maurice was discovered running through back gardens nearby.

The defendant ended up on the roof of a garden shed surrounded by police, before eventually being taken into custody.

He admitted manslaughter, saying he lost control after a confrontation with his father.

In mitigation, it was said on Maurice’s behalf that he had ‘borne the brunt’ of his dad’s mistreatment but still wished he had not killed him.

The victim had been a ‘dreadful father’, prosecutor William Elmyn Jones KC suggested.

But police said violence can still ‘never be justified’ as Maurice was sentenced to a decade in jail following a trial at the Old Bailey.

Detective Chief Inspector Chris Wood, the senior investigating officer, said: ‘Our thoughts today are with the family who have been devastated by the events of that night.

‘We know that Sean’s relationship with his father was a difficult one and had been for many years, however the level of violence used here was shocking and can never be justified.

‘I am grateful to my team of officers who have worked so diligently in what was a very complex investigation.’

Woman arrested for attempted murder of three children at house

Four people were found with serious injuries at the home in Huddersfield (Picture: Yorkshire Live) A woman has been arrested on suspicion of trying to murder three young children and another woman who were found with suspected stab wounds in a house. This is a breaking news story, more to follow soon… Check back shortly […]

Emily Clarkson and her husband Alex Andrew have welcomed their first child together (Picture: David M Benett/Dave Benett/Getty Images for Simon & Schuster UK) Emily Clarkson has welcomed her first child. The daughter of Jeremy Clarkson announced the happy news on Sunday and shared a heart-melting snap of herself cradling her newborn in hospital. The […]