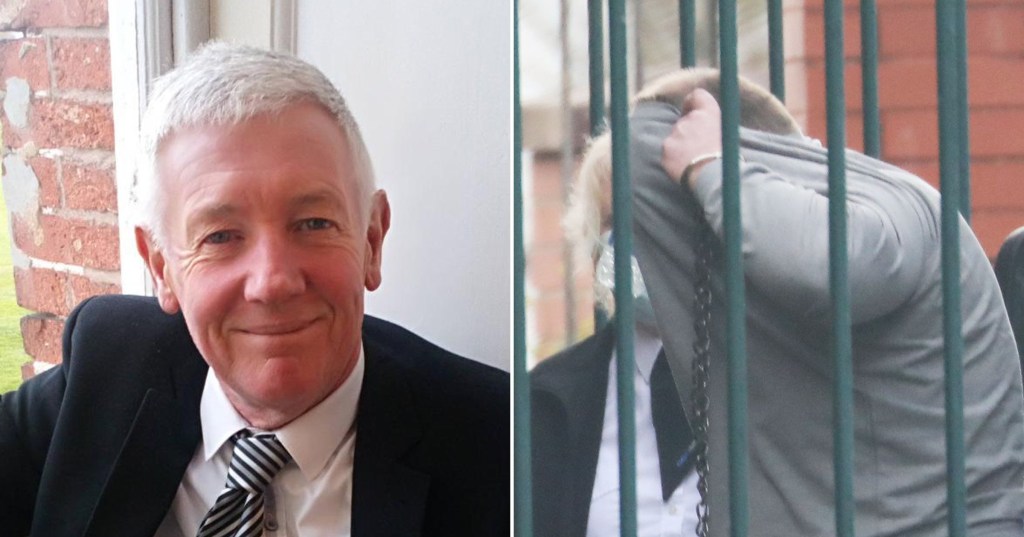 A man accused of killing his own father has said it was like a ‘fuse blew’ in his head moments before the attack.

Dafydd Thomas, a prominent North Wales businessman, was found by his wife on the driveway of their home in March 2021 with ‘catastrophic facial injuries’.

Tony Thomas, of Maes Y Garth, Minffordd, Penrhyndeudraeth, is on trial and denies the manslaughter or murder of his dad, a former Gwynedd Environmental Waste Services (GEWS) director.

But he has accepted he carried out a ‘forceful’ attack after pulling the 65-year-old from his truck.

But Thomas claims someone else must have inflicted the final blows.

The 45-year-old explained how, on the day of the incident, he had been angry after failing to block a shipment of new pigs coming into the area.

Mold Crown Court heard he was almost certain his father was the one responsible for the purchase.

Thomas told his defence solicitor Gordon Aspden KC that his dad didn’t seem to care for his concerns that the onew arrivals could impact the health of his own pigs.

Dafydd Thomas died following an incident at a property in the Minffordd area near Penrhyndeudraeth, (Picture: Daily Post Wales)

A ‘fuse blew in [his] head’ just before the attack happened.

The trial heard how Thomas – who claimed to be ‘overwhelmed by anger’ – remembered kicking his father’s torso and stamping on his face whilst wearing steel-toe wellington boots.

According to the prosecution, he then walked back home and washed the blood off his footwear in an animal trough.

The defendant said he remembered armed police later came to arrest him but maintains that his dad was still alive after he left him lying in the road.

Earlier, the trial heard how Dr Andrew Shepherd, a forensic psychiatrist, assessed Thomas after he was arrested.

He was diagnosed as suffering with a condition known as schizo-affective disorder – a combination of bipolar disorder and schizophrenia.

This condition caused him to suffer from manic episodes and delusional thoughts.

Most of the false reality he believed in at the time centred on beating the-then worldwide Covid pandemic, the court heard.

The Italian’s contract expires in the summer and an extension will not be triggered (Getty) Antonio Conte is set to leave Tottenham at the end of the season and has little desire to extend his stay at the north London club, according to reports in Italy. The 53-year-old has a deal that runs until the […]

From dresses to scarves, ‘hooded fashion’ is everywhere right now – here are some of our top picks

Embrace the hood (Picture: Getty/Cider/&Other Stories/River Island/Karen Millen) This article contains affiliate links. We will earn a small commission on purchases made through one of these links but this never influences our experts’ opinions. Products are tested and reviewed independently of commercial initiatives. Dressing for the elements can be tricky – but one of the […]

Hospital evacuated and critical incident declared after packages found outside

A bomb disposal unit at St James’s Hospital, Leeds, where patients and staff were evacuated from some parts of the building (Picture: PA) A man has been arrested by counter-terror police after a potentially suspicious package sparked an evacuation at a hospital’s maternity wing. Emergency services, including a bomb disposal unit, were scrambled to the […]