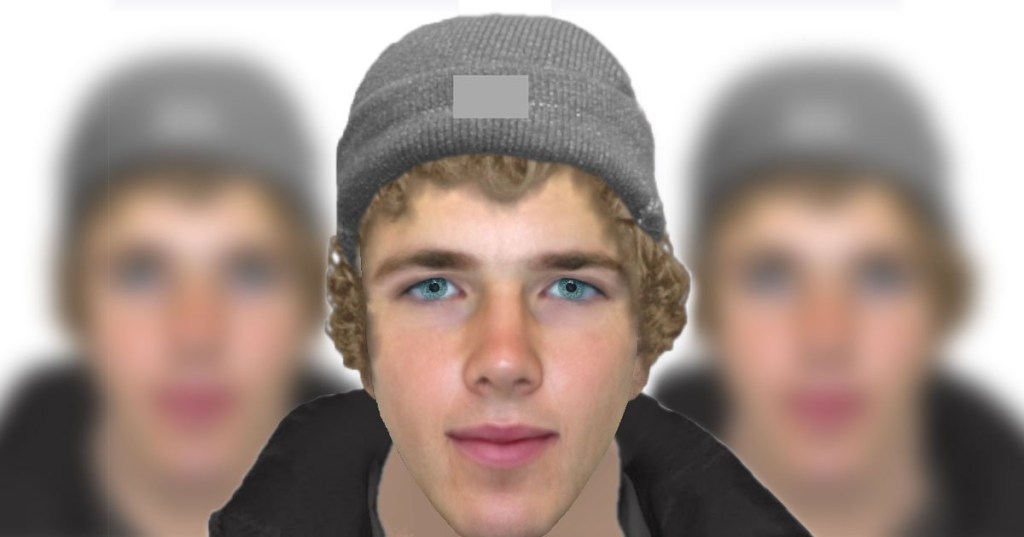 An EvoFit has been released and a manhunt launched (Picture: Devon & Cornwall Police)

A girl, 12, was sexually assaulted in Plymouth by a man who tried to grab her and made ‘sexually aggressive comments’.

The victim was left ‘shaken up’ but managed to escape the ‘upsetting’ incident unharmed.

A EvoFit of a man police would like to speak to has been released following the scary encounter in Plymouth on October 30.

The man approached the schoolgirl just off Crownhill Road, close to the path and footbridge that leads to Whitley Way, around 5.10pm.

Detective Constable Nat Elliott-Smith from the Plymouth Public Protection Unit said: ‘The suspect made inappropriate and sexually aggressive comments to the girl and then attempted to grab her by the shoulder.

‘She managed to run away and whilst shaken up, she is thankfully unharmed.

‘The victim immediately called her parents who then called the police.’

A manhunt has been launched after units deployed at the scene failed to immediately find the man.

‘Clearly this is an upsetting and concerning incident and we are appealing for witnesses to help officers locate the man responsible’, Detective Constable Elliott-Smith said.

‘If you witnessed the incident or were in the area between 4.45pm and 5.30pm on Sunday 30 October or have any information that could assist with the investigation, the please contact us.

‘Similarly, if you are a road user and have dashcam or helmet cam footage that can help, or CCTV or doorbell camera’s that have captured anything of interest, please contact the investigative team immediately.’

The deadly virus kills around half of those who are infected with it (Picture: Getty) Medics are investigating a possible case of Ebola in a UK hospital, according to a report. Emergency precautions to deal with an ‘infection control issue’ were put in place at an Essex hospital last night. NHS bosses confirmed to The […]

Heavy fringes are back in (Picture: Rex) Taylor Swift stunned on the red carpet at this week’s EMA event. Though her dress was eye-catching, we can’t stop thinking about her fringe. Thick, full and long, her fringe just grazed the tops of her eyes and it’s as healthy as fringing can look. Fringes are having […]

Scientists digging into ‘floaters’ and ‘swimmers’ finally have some answers (Picture: Getty Images/iStockphoto) How was Stonehenge built? What are the Easter Island head statues? Why do some poos float, while others sink to the bottom of the bowl? These are just some of the big questions we face in life. It is one of the […]