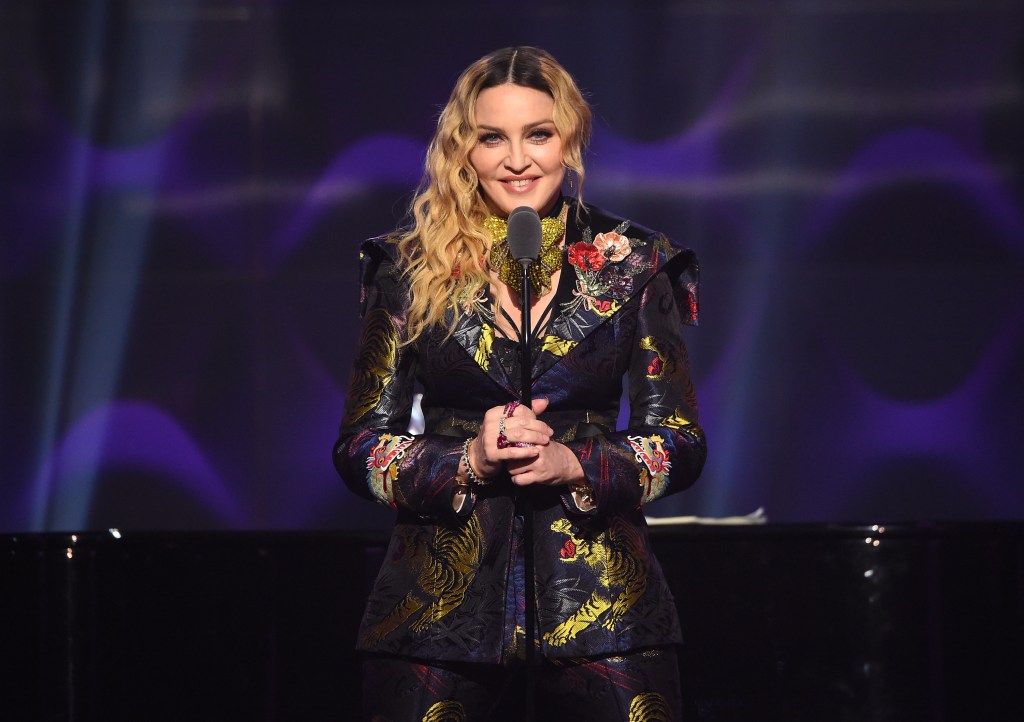 Madonna’s biopic about her incredible career has been scrapped for now (Picture: Getty)

Madonna’s upcoming biopic has been shelved at Universal, it has been claimed.

The Hung Up singer has been teasing a story about her life for the last two years, and took the reigns on the project last year, confirming that she would be directing the project herself.

Ozark icon Julia Garner was tipped for the lead role as the music legend, but a cast had yet to be confirmed.

According to reports in Variety, the biopic has been shelved as the 64-year-old prepares for her huge world tour, which is kicking off in July of this year.

It is not clear what will become of the project, but an insider told Metro.co.uk that fans may still get a glimpse of it in the future.

‘Madonna is focusing on her show at the moment and plans on making a film about her life still,’ they explained.

Madonna is set to embark on a huge world tour (Picture: Getty)

The Queen of Pop first confirmed that the biopic was being developed by Universal in 2020, penning in a press release: ‘I want to convey the incredible journey that life has taken me on as an artist, a musician, a dancer [and] a human being, trying to make her way in this world.’

‘The focus of this film will always be music.’

Sharing an update during a Q&A session last July, she was asked what led her to get to work on the film.

‘I’ve had an extraordinary life, I must make an extraordinary film,’ she replied. ‘It was also a preemptive strike because a lot of people were trying to make movies about me. Mostly misogynistic men.

‘I have a very long script that is really hard for me to make shorter,’ she added to Variety at the time.

‘I’ve been whittling away at it, but it’s like hacking off my limbs.’

Although the film is currently on pause, Madonna has a lot to keep her busy as she will be embarking on the Celebration Tour to commemorate her incredible 40-year career so far.

It kicks off in Vancouver, Canada on July 15 and will visit cities across the United States and Canada as well as the UK and Europe, before coming to a close in December.

Metro.co.uk has contacted reps for Universal, Madonna and Julia for a comment.

Alec Baldwin will not be charged with shooting Rust director, who was hit by same bullet that killed Halyna Hutchins

Alec Baldwin faces five years in jail if convicted with the involuntary manslaughter of Halyna Hutchins (Picture: Mark Sagliocco/Getty Images for National Geographic) Alec Baldwin will not be charged with shooting the director of Rust. It was recently revealed that the 64-year-old actor would being charged with involuntary manslaughter over the death of Halyna Hutchins, who died […]