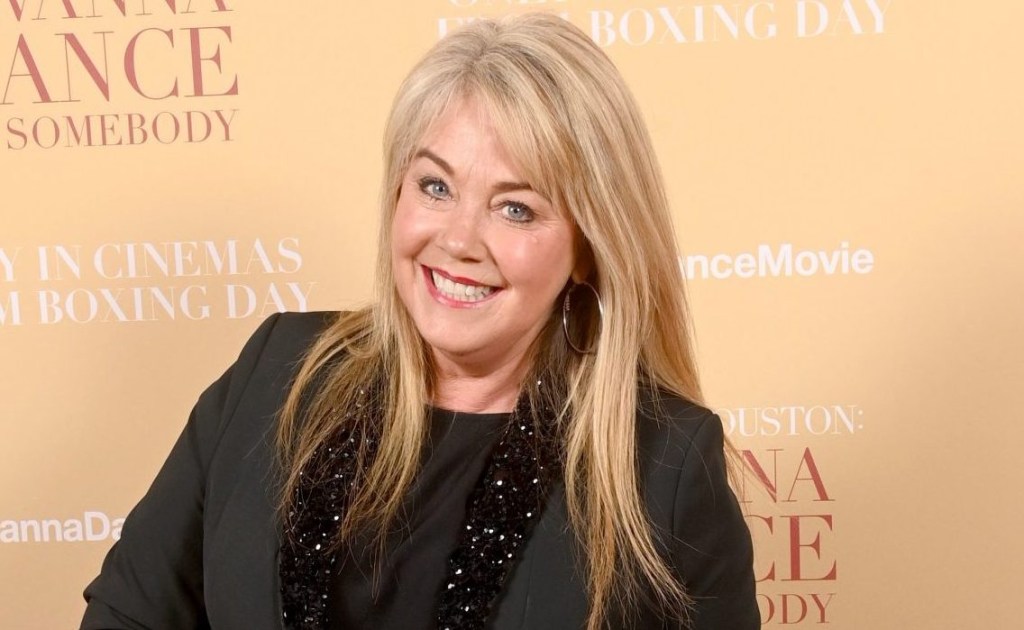 Lucy Alexander will appear as a guest host on A Place in the Sun this week (Picture: Dave J Hogan/Getty Images for Concorde Media PR)

It’s a big week for Lucy Alexander. On Wednesday, she’ll appear as a guest host on A Place in the Sun, something she couldn’t be more thrilled about.

Chatting to Metro.co.uk, Lucy was giddy with excitement when talking about the gig, which required her to hop on a plane to Spain with just a few days’ notice.

But of course, we couldn’t catch up with the queen of property TV without asking her about the show that made her the household name she is today, and as it turns out, a Homes Under the Hammer return isn’t totally off the cards.

When asked if she could ever pick between Homes Under the Hammer and A Place in the Sun, Lucy, 52, was quick to exclaim: ‘I want to do both!’

The presenter reiterated that she didn’t leave Homes Under the Hammer because she was bored of the gig, but rather ‘felt it was her time’.

‘I never wanted to leave the show in the first place,’ the doting mum explained, adding: ‘But I got offered a really lovely commercial deal and I’d done 14 years nearly at Homes Under the Hammer.’

Lucy was giddy with excitement when talking about A Place in the Sun (Picture: Channel 4)

Lucy said: ‘Homes Under the Hammer is just in my DNA. I birthed that show’ (Picture: Lion TV for the BBC)

She went on: ‘I felt like my time had come and then I got offered a few other lovely shows, so I did kind of think, “let’s fold this up now”.’

Could a return to Hammer be on the cards for Lucy?

‘I think it’s very much a case of I could return and it would be fantastic. I would love it and I think the viewers would love it,’ she shared.

‘Homes Under the Hammer is just in my DNA. I birthed that show. I was the first ever presenter on it. I did it for 14 years – I love that show.’

Of course, that’s not to say she’s not over the moon about her stint on A Place in the Sun.

The star quipped: ‘I’m ready to hang up my steel cap shoes. I’m ready to put on my strappy sandals’ (Picture: Channel 4)

The presenter reiterated that she didn’t leave Homes Under the Hammer because she was bored of the gig, but rather ‘felt it was her time’ (Picture: BBC)

‘It was fantastic,’ Lucy told us excitedly. ‘I love getting close to people that want to buy property, property is my passion. It’s the love of my life.’

Explaining how the opportunity came to be, Lucy continued: ‘I was in my little cottage [in Whitstable] and my agent happened to be with me. The phone rang and she said, “well, I’m sure I’m sure she could”.

‘She sort of went a bit quiet …read more

Images taken by the Nazis are being reclaimed to reveal the humanity behind the photographs (Picture: Holocaust Memorial Day) Photos taken by Nazis in Auschwitz are being shown in London to help ‘bring humanity back to the victims’. Today marks Holocaust Memorial Day, which dedicated to the remembrance of the Jews and others who suffered under […]

To view this video please enable JavaScript, and consider upgrading to a web browser that supports HTML5 video Lydia Dingle (Karen Blick) managed to negotiate a pay rise with Kim Tate (Claire King) this week, who can definitely afford to have the heating on full, all day, up at Home Farm in Emmerdale. Lydia was […]