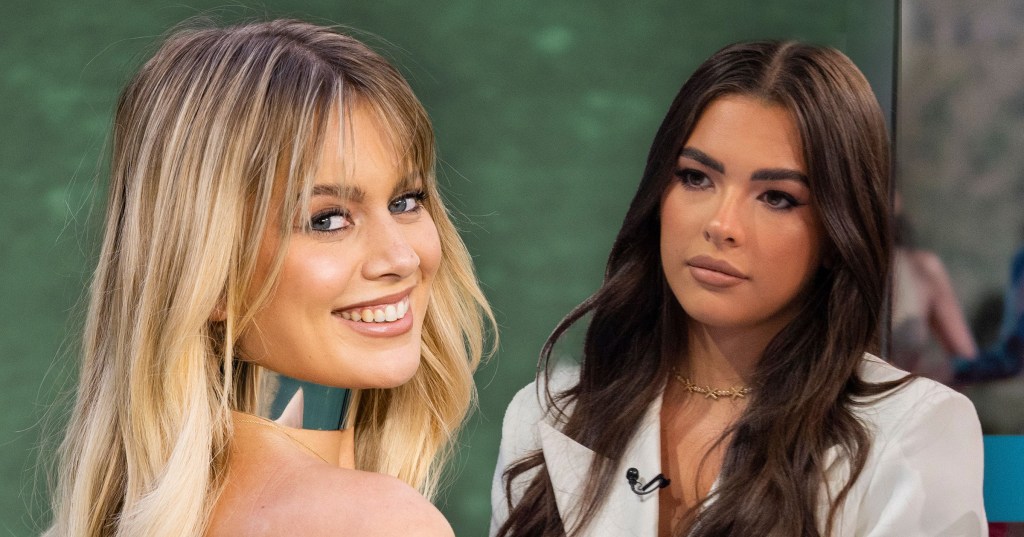 Tasha Ghouri has revealed which Love Islanders she has been in touch with since leaving Love Island and Gemma Owen was not among them.

The reality star, 24, revealed that it was difficult to keep in touch with everyone from this year’s show, but there are some that she speaks to ’24/7, every day’.

Tasha, who had a tumultuous journey on the show with eventual boyfriend Andrew Le Page, told The Sun: ‘I have been mostly in touch with Indiyah [Polack], Paige [Thorne], sometimes Ekin-Su [Cülcüloğlu].

‘I literally message Paige and Indiyah 24/7 every day. And Danica [Taylor] and Antigoni [Buxton] as well.

‘I think everyone is so busy it’s hard to keep up. I still struggle to reply to my dad sometimes, that is just how crazy it has been.

‘I have been trying to keep in touch as much as I can.’

Tasha is happy for all the girls, who have been busy building brand deals after the show (Picture: ITV/REX/Shutterstock)

However, there doesn’t seem to be an bad blood between her and Gemma, 19, who is dating Luca Bish, 23.

Tasha added: ‘I am really happy for every single girl. What is so nice is the girls are all doing things that make sense to them.

‘It’s just amazing to see all the girls winning at life. And the boys are smashing it.’

While Tasha has teamed up with eBay for a partnership, Gemma was signed up by PrettyLittleThing shortly after the show ended.

Indiyah was also given a PLT contract of her own, fronting the brand’s ‘Marketplace’ app where fans can buy and sell preloved items.

As is expected after each series of Love Island, all of the contestants have been busy securing their own brand deals so it’s no surprise coordinating diaries can be difficult at times.

Erik ten Hag’s team selection has come in for criticism (Picture: Getty Images) Erik ten Hag should be picking Casemiro in his Manchester United starting XI and not doing so is a ‘very stupid’ decision, believes Rafael van der Vaart. The big money summer signing from Real Madrid is yet to start a Premier League […]

They’ve been buds since day one (Picture: Sophie Stokes / Caters News) This is Bonnie the golden retriever and her baby best friend Daisy, one. Ever since mum Sophie Stokes, 27, was pregnant, Bonnie was protective over the bump. Sophie, from Doncaster, said her three-year-old dog would rest her head on her belly, and when Daisy […]

We love Sacha Levy (Picture: BBC) Here at Metro.co.uk, we are still not over the fact Holby City is no longer on our screens. It’s been months but it’s the truth! Holby City never should’ve been axed forever and we still miss it dearly. The medical drama’s final ever episode aired back in March of […]