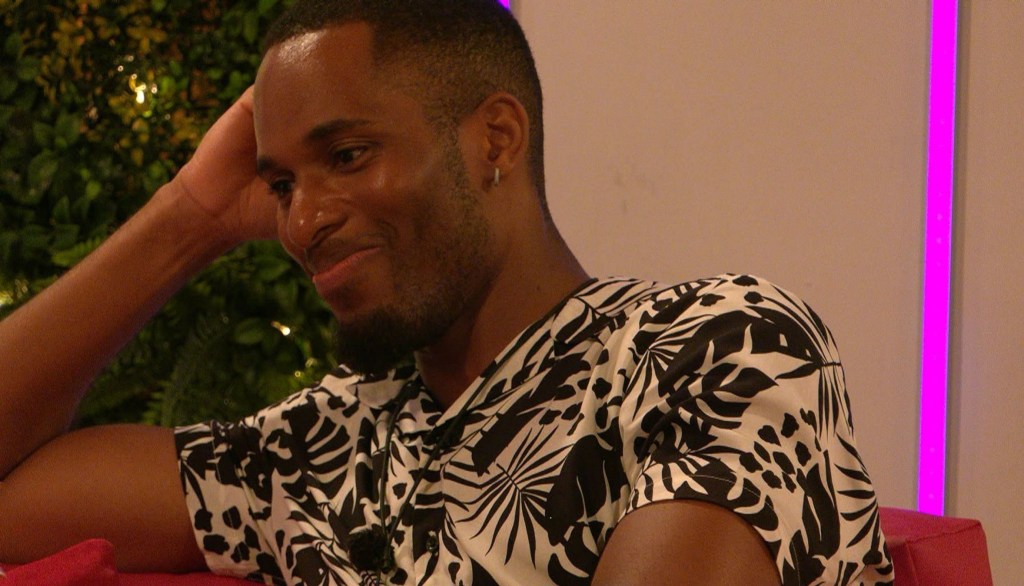 Love Island’s Remi Lambert has expressed his frustration in Indiyah Polack’s direction after being dumped on Sunday night.

Remi entered the Majorcan hotspot as a bombshell alongside Jay Younger, with the pair coming in to rock the existing couples.

However, he was eliminated after failing to couple up with any of the girls during the second recoupling on Sunday night.

This was despite showing an interest in Indiyah, whose relationship with Ikenna Ekwonna was clearly coming to a natural end.

On Monday night, viewers saw Indiyah officially end things with Ikenna, calling for the pair to be friends, as her head continues to be turned by Dami Hope.

But this move left Remi frustrated after he was dumped just a few days after entering the villa.

Remi was not happy (Picture: Instagram/remilambo)

On now-deleted Instagram stories, he posted two separate updates, expressing his annoyance over the current situation.

One read: ‘Indiyah just friendzoned Ikenna?? What was the point man? it’s acc a joke.’

‘So Indiyah coupled up with Ikenna just to friendzone him the next day? What the heck is going on? Last story cause I’m mad right now,’ said the other.

Remi was interested in getting to know Indiyah (Picture: ITV/REX/Shutterstock)

Although he quickly took the stories down from his social media, fans soon cottoned on and shared their thoughts.

One wrote on Twitter: ‘Lol why is Remi mad just accept the fact nobody fancied you and move on #LoveIsland.’

‘IM SCREAMING 😭😭😭😭 Remi is not having it #LoveIsland,’ said someone else, with another sharing: ‘I- naaa Remi is doing too much 😂 #loveisland.’

It comes after Laura Whitmore urged model Remi, who is also a rapper, to rap live on Sunday night’s Aftersun, which didn’t go down so well with viewers.

‘Why did they make Remi freestyle on live TV? As if the man hasn’t suffered enough!’ complained one critic, while another tweeted: ‘So rude making Remi do his interview outside the villa front door, not even in his hotel room. No respect.’

Presenter Laura hit back, and stressed: ‘Remi is a rapper and asked in good faith in advance if he’d rap and prepare something which he did.

‘Live Telly is nerve-wracking, believe me, so maybe he was a bit nervous but he deserved to have his time.’

After Afia Tonkmor became the first islander to get the boot from the villa last week, Laura also teased: ‘Also I want to make Remi & Afia happen!’

With two more islanders set to be dumped tonight, who will be torn apart from their couples and sent on their way home from the villa?

We’re honestly surprised Elden Ring didn’t have a season pass or anything from the get-go (pic: Bandai Namco) Hidetaka Miyazaki assures that Elden Ring will keep getting updates as he moves onto new projects, but stopped short of confirming DLC. Given its popularity, it stands to reason that Elden Ring will eventually get DLC in […]

Woman gets £120,000 NHS payout after fiancé dies from Covid vaccine

Lord Zion died days after receiving the AstraZeneca vaccine last May (Pictures: GB News/NCJ Media) A woman whose fiancé died from the AstraZeneca jab a year ago has now received a payout from the NHS. The UK’s AstraZeneca shot was approved by international bodies as a safe coronavirus vaccine at the end of 2020. But it […]

Sadio Mane is joining Bayern Munich in a £35 million deal (MB Media/Getty) Sadio Mane claims he is joining a ‘very, very competitive team’ in Bayern Munich and admits it didn’t take him long to decide to leave Liverpool. The Senegal international has been one of Liverpool’s key players during Jurgen Klopp’s reign, helping the […]