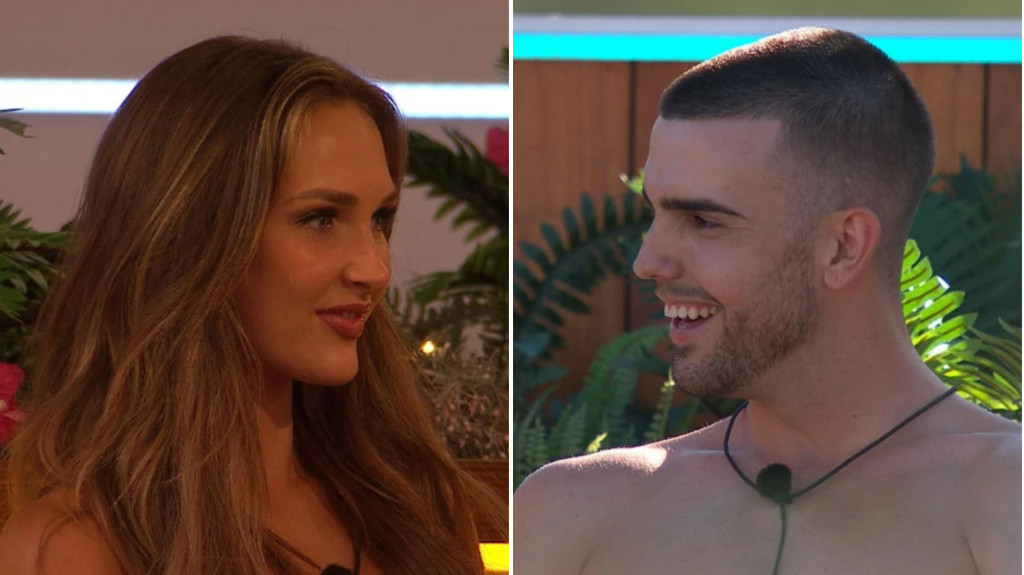 Winter Love Island viewers didn’t know whether to scream or applaud as it was revealed the vulnerable islanders fate would be in the hands of Australian newcomers Jessie Wynter and Aaron Waters.

During Tuesday’s edition, the contestants were made aware that the public had been voting for their favourite guy and girl in the villa.

It was later revealed that Anna-May Robey, Tanya Manhenga, Tanyel Revan, Haris Namani, Kai Fagan and Tom Clare were voted the least favourite and are at risk of being dumped from the show.

Although devoted fans are used to the whole squad making the decision together, it was announced that the two Aussies would be the ones sending two stars packing.

Viewers didn’t know what to make of the surprising turn of events, but many of them claimed the producers ‘aren’t messing around.’

‘not jessie and aaron having the final decision, okay i’ll give them that as a plot twist,’ one person wrote.

17 Love Island stars with celebrity connections – from parents to exes

Not the Australians deporting the Brits from their own show. #LoveIsland

The producers after that plot twist #loveisland pic.twitter.com/nL2GMdc4gt

Jesse and Aaron making the decision is a twist!!! Okaaaayyyy #loveisland

JESSIE AND AARON HAVE TO MAKE THE DECISON WHAT!!! #LoveIsland pic.twitter.com/9X4Jpo3lua

MADE BY JESSIE AND AARON? What a remix #LoveIslandUK #loveisland

the producers really said heres a plot twist for you #loveisland pic.twitter.com/j2foqwxJNG

‘That twist at the end though. Jessie and Aaron please choose wisely,’ another added.

‘I usually hate cliffhangers but what a twist!!!! The carnage going on aghhh,’ a third person tweeted.

On Tuesday morning, it was reported that TV salesman Haris was reportedly dumped from the villa following the release of a video of him punching a man in the street.

We’ll see who Jessie and Aaron save in tomorrow’s ep (Picture: ITV)

It was …read more

Tommy Fury has responded to reports that he and Molly-Mae Hague are now parents (Picture: Instagram) To say speculation is rife that Molly-Mae Hague has given birth would be an understatement – and now boyfriend Tommy Fury has spoken out. The couple – who met on Love Island in 2019 – set the internet alight […]

Randy Gonzalez, here with his six-year-old son Brice, reportedly died on Wednesday Randy Gonzalez, best known as TikTok star Enkyboys, has died at the age of 35 according to reports. The content creator rose to prominence while documenting his battle with colon cancer in recent months. In April 2022, Gonzalez revealed that he had been […]