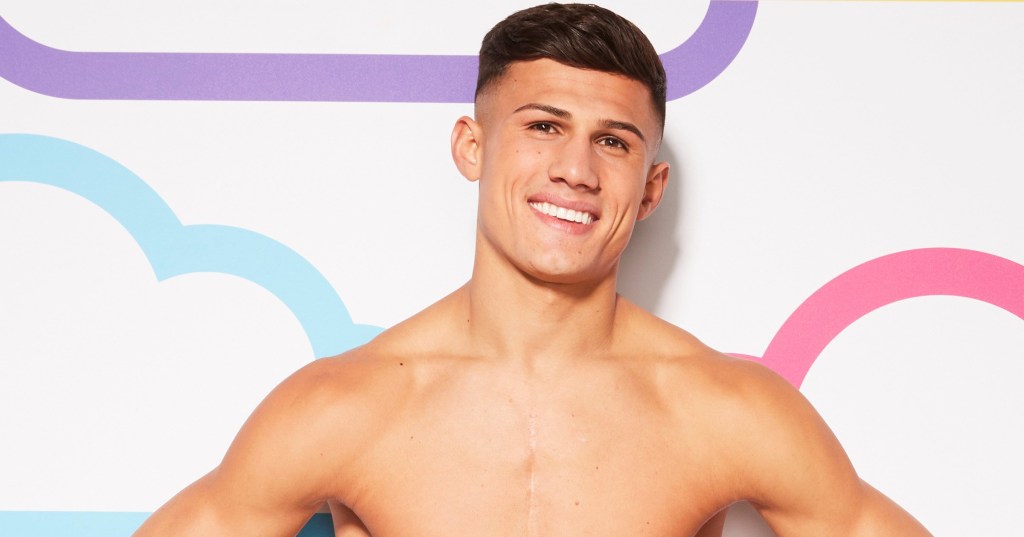 Since leaving the Love Island villa, Haris has learnt about the video being released (Picture: ITV/ Vincent Dolman/ Shutterstock)

He was dumped from the Love Island villa tonight and now Haris Namani has shared he is ‘devastated’ to learn a video of him being involved in a street fight was released in recent days.

The 21-year-old TV salesman and boxer from Doncaster was sent packing alongside Anna-May Robey when Australian bombshells Aaron Waters and Jessie Wynter were given the power to send two Islanders home.

Soon after he was released back into the real world, Haris found out that an old video of a street fight he had been the centre of had resurfaced.

In footage obtained by The Sun, the fight showed the reality star squaring up to another reveller before exchanging blows.

Haris then delivered a punch to the chest that caused the other man to lose his balance and fall to the floor.

‘I’m not a bully, I’m not a f***ing bully,’ he was heard shouting during the altercation.

Haris was sent home tonight after being dumped (Picture: ITV/Shutterstock)

Now Haris has said he was ‘devastated’ to learn the video had been seen by the wider public.

‘I’m devastated that this video has been seen, it’s not a reflection of my character,’ he said in his exit interview.

‘I’m not someone that goes looking for fights and I didn’t want to be in that situation. This was a heat of the moment thing.’

He added that he had since cleared the air with the other man.

‘The video doesn’t show everything that happened,’ he said.

‘Afterwards we met up and we cleared the air. We’ve shaken hands and we get along now.

‘It’s not something that would happen again.’

Haris found himself in hot water with Shaq at one point, but they put their differences aside (Picture: ITV/REX/Shutterstock)

It comes after his dad Mehedin insisted the clip was actually two years old and that the two men have since resolved any issue between them.

‘They’re friends, they shook hands,’ Mr Namani said. ‘This was a long time ago – it’s nothing.’

Speaking about his son, he continued: ‘He’s not a bad boy, he’s got a good record. He’s been brought up in the right way,’ he told the Daily Mail.

When did Everton last get relegated from the top flight?

Everton are enduring a miserable campaign (Picture: Richard Sellers/Getty Images) Everton are involved in a fight to avoid relegation from the Premier League for the second successive season. Frank Lampard eventually guided them to safety last spring, but was sacked just under a year into the job after leaving them languishing down in 19th position […]

Ashley Mathers, 39, also covertly live-streamed his hearing despite laws against this (Picture: SWNS) A serial offender convicted of assaulting emergency workers interrupted his sentencing to call the magistrate a ‘mug’. Ashley Mathers, 39, from Southend, Essex, also declared he needed to leave the ‘boring’ hearing for a ‘beer’ and covertly live-streamed it on Facebook, […]