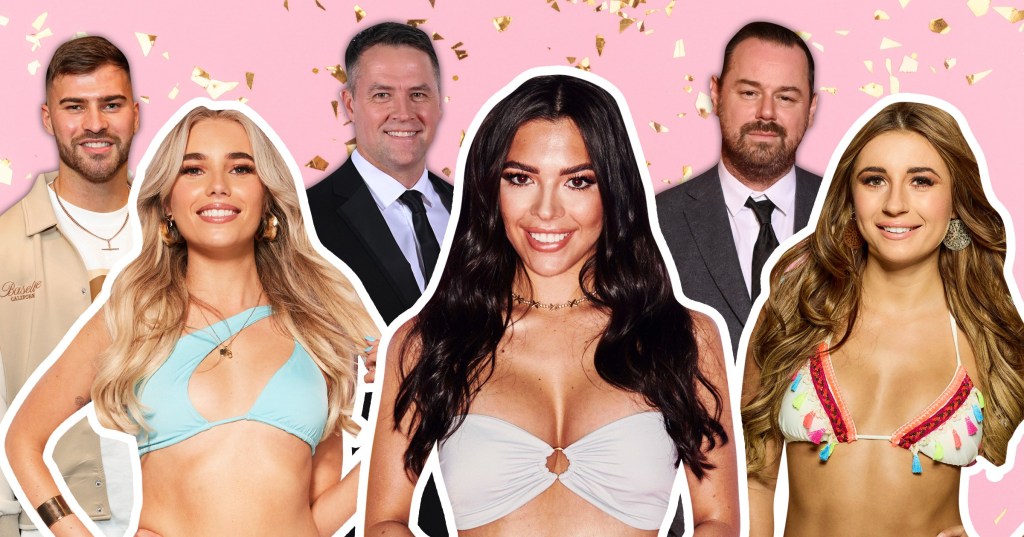 Visitors to Love Island usually have celebrity connections, it would seem! (Picture: Rex/PA/ITV)

Love Island 2023 winter edition is here – turning up the heat this chilly January.

The Islanders are in the villa – already being rocked by numerous bombshell arrivals – and the original cast includes a James Bond actress and a TikTok-famous farmer.

But one contestant, Lana Jenkins, has a connection to another recent ITV show – she previously dated I’m a Celebrity runner-up Owen Warner.

Lana isn’t the only Love Islander to have celeb connections and relationships, though.

Here, we look back at the exes, children and other celebrity connections from past islanders…

According to reports, Lana found love with Owen after being introduced by mutual friends when she worked on CBBC’s So Awkward.

They were said to have gone their separate ways after a couple of months.

Owen saw his fame skyrocket recently, after finishing second in the 2022 series of I’m a Celebrity, Get Me Out of Here. Lana did share that she thought it might be a ‘bit weird’ to watch him on the show.

She’s now shared the news with the villa, with the revelation coming as quite a shock to Ron Hall.

This year, one of Michelle Keegan’s good friends (and body doubles) has entered the villa.

Olivia Hawkins, 27, got a special shout-out ahead of Love Island’s launch from Michelle on social media.

Michelle wrote on Instagram: ‘So our girl is going into Love Island. Genuinely one of the nicest girls you’ll ever meet.’

A model from Coventry, he made a career for himself in sports modelling, working with a number of big name brands including Under Armour and Levi’s for JD Sports.

But that’s not where his connection to the sporting world ends, as he also has a link with Paris Saint-Germain …read more