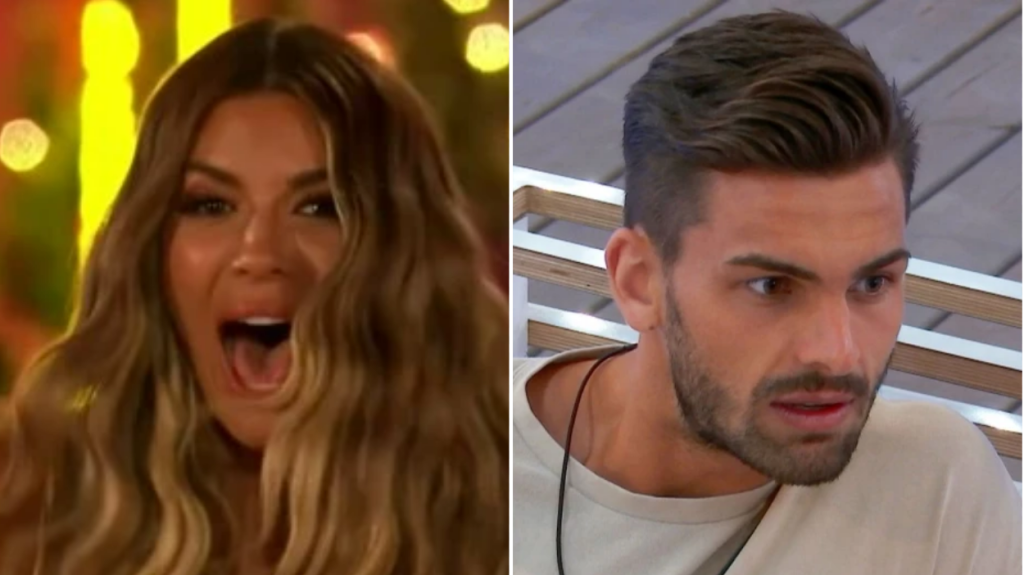 Ekin-Su Culculoglu and Davide Sanclimenti were crowned winners of Love Island 2022 earlier this week, and the reign of everyone’s favourite bombshell has already begun in stunning style.

So much so that viewers of the ITV2 series can’t stop laughing about it.

The new queen of the villa was forced to cancel at least one planned appearance at Marylin’s Nightclub in Evesham thanks to her career ascending to new heights, with viewers spotting that co-star Adam Collard has stepped in to take her place.

Since winning the show and becoming the nation’s favourite contestant, the amount of work on offer has no doubt skyrocketed, leading to her team needing to rethink pre-arranged appearances.

Thankfully, Adam – who has become the only contestant to enter the villa twice – is thought to have replaced her.

Fans were thrilled to notice the switch-up and flocked to Reddit to discuss Ekin-Su’s commitments, delighted in the change.

Adam made a shocking return to the villa earlier this year (Picture: ITV2)

‘I’m glad Ekin isn’t [appearing in Evesham], I hope she cancels the rest of them too,’ one user said.

‘She’s definitely too busy for them and she should also be aiming higher, schedules like these will cheapen her brand and image.’

‘Imagine getting a ticket to see Ekin freakin Su and then you’re stuck with Adam Collard?!’ another joked, completing their message with two crying laughing emoji.

Some fans stuck up for the double bombshell, remarking that his star quality and his place in Love Island history are more than enough to please people who were expecting Ekin-Su to appear.

‘Two-time Love Island bombshell, now there’s a title to be proud of,’ a follower defended.

To which a Reddit user agreed: ‘The dude was so iconic the first time around that he was approached to [enter the villa] again to f*** s*** up.’

‘That’s next level trust the producers had in him.’

Adam was eventually dumped, alongside Paige Thorne in fifth place, just missing out in a spot in Monday’s grand finale.

Ekin-Su and Davide out in public after their Love Island victory (Picture: PA)

Ekin-Su and Davide had a rollercoaster time of it in the ITV2 villa but eventually went on to win the show, with the final voting tallies confirming that their win was never really in doubt.

The lovebirds racked up a whopping 63.69% of the final public vote, ITV revealed.

Tasha Ghouri and Andrew Le Page, who finished in fourth position, received 10.07%. of the …read more

Alex Iwobi credits Frank Lampard with Everton success: ‘He’s given me the belief to express myself’

Iwobi has played a significant role for Everton since Lampard became boss (Picture: Roger Evans/Action Plus/REX/Shutterstock) Until recently, Alex Iwobi never knew where he truly belonged at Everton. A £28million signing from Arsenal in the summer of 2019, versatility proved to be both a blessing and a curse for the Nigeria international as multiple Everton […]

‘What am I good for?’ Coronation Street episode to explore Audrey’s sad suicide story

‘I’d toss and turn all night, then finally drop off just when I should be up and at ’em.’ (Picture: ITV) In the wake of scenes in which she attempted suicide, Coronation Street is to highlight the issues of mental health and the impact of loneliness in older people when Audrey Roberts (Sue Nicholls) confides […]