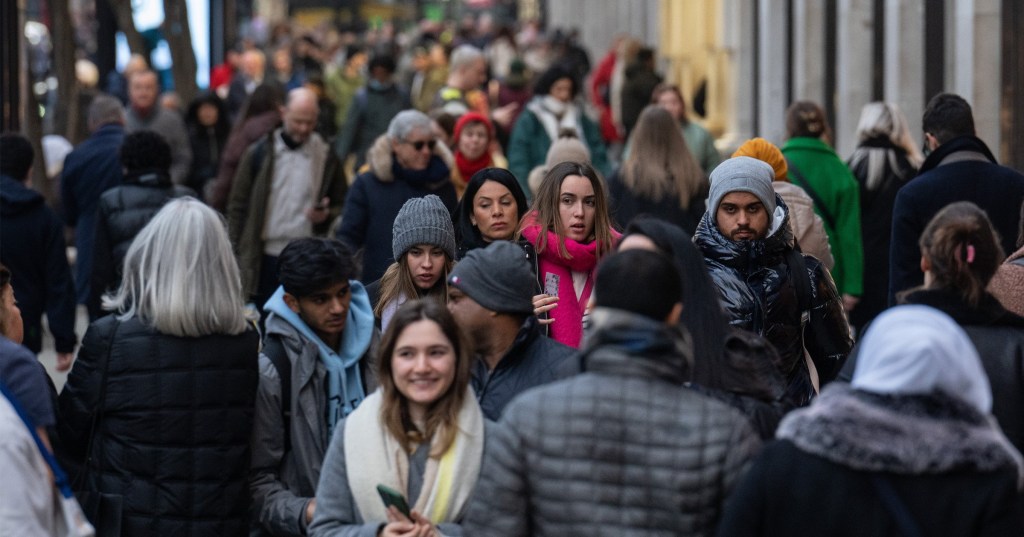 Brits face further tightening their belts as the country braces for a recession (Picture: Getty)

The looming recession set to hit the UK could be twice as bad as previously feared, experts have warned.

Leading economic forecasters at business consultancy, EY, predict the next three years could be tougher than expected due to an overall ‘gloomier’ outlook, reduced government support and higher taxes.

Just three months ago, EY’s Item Club, which produces quarterly economic forecasts for the UK, predicted a 0.3% contraction – a decline in national output – in gross domestic product (GDP) this year.

But an updated forecast published today now predicts a 0.7% decline this year, followed by reduced growth of 1.9% and 2.2% respectively.

EY’s UK chair, Hywel Ball, said: ‘The UK’s economic outlook has become gloomier than forecast in the autumn, and the UK may already be in what has been one of the mostly widely anticipated recessions in living memory.’

The UK will only officially be in recession after two consecutive quarters of GDP contraction.

Experts believe a recession will hit this year, shrinking the UK’s economy during the first half before returning to growth in the summer.

However, EY forecasts suggest a recession will to be less damaging compared with the economic crises in the 1980s, 1990s and 2000s.

Mr Ball added: ‘The one silver lining is that, despite being a deeper recession than previously forecast, it won’t necessarily be a longer one.

‘The economy is still expected to return to growth during the second half of 2023 and has been spared any significant new external shocks in the last three months from energy prices, Covid-19 or geopolitics.

‘Meanwhile, the chief headwind to activity over the last year – high and rising inflation – may be starting to retreat, while energy prices are falling too.’

Inflation is forecast to hit 7.2% on average this year, according to EY – including a spike when the government’s energy support scheme is reduced from the beginning of April.

Zelina Vega has opened up on her injury absence (Picture: WWE) WWE superstar Zelina Vega has revealed she missed months of action in 2022 after rupturing a breast implant. The 32-year-old wrestler, who returned to SmackDown as the manager for Legado Del Fantasma in October after a seven month absence from television, has opened up […]

Will Happy Valley’s Ann turn murderous and finally get revenge on Tommy? Fans think so

To view this video please enable JavaScript, and consider upgrading to a web browser that supports HTML5 video Sarah Parish revealed she once broke both heels chasing after a taxi at the end of a boozy night after attending a festival near her home.  The 54-year-old actress – who starred in Broadchurch alongside David Tennant […]