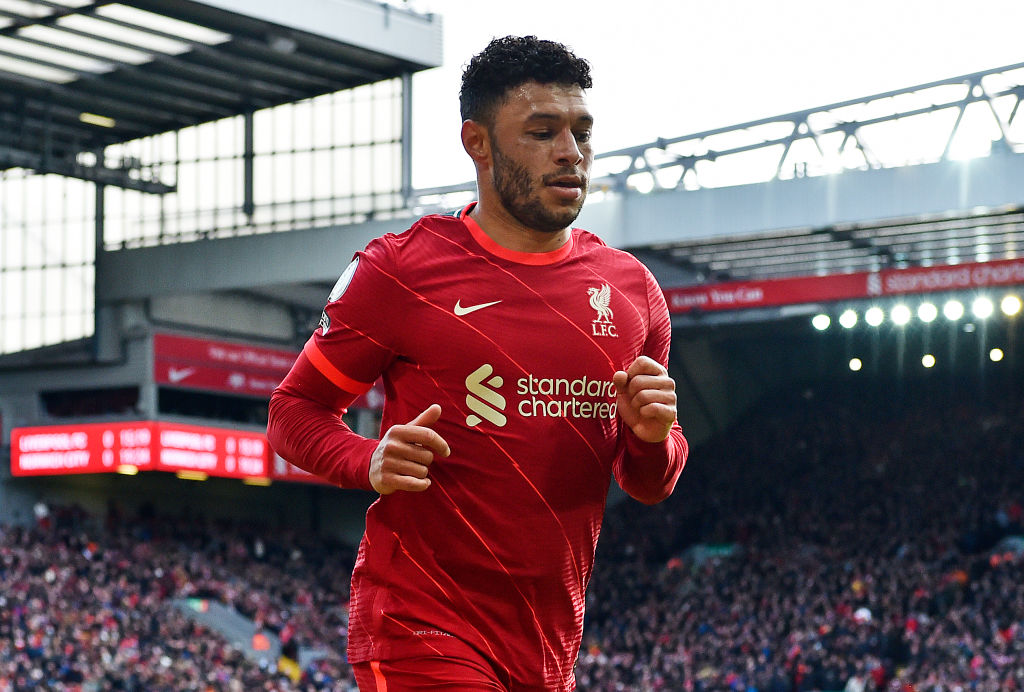 Alex Oxlade-Chamberlain is set to stay at Liverpool for the upcoming season (Picture: Getty Images)

Liverpool do not want to sell Alex Oxlade-Chamberlain this summer, believing that the midfielder has a future at the club despite a lack of first team opportunities last season.

The England international made just 17 Premier League appearances for the Reds last campaign, with only nine of those being in the starting XI.

Injuries have regularly blighted the 28-year-old over his career, but he was struggling to get into Jurgen Klopp’s side even when fit, with the likes of Fabinho, Jordan Henderson, Thiago Alcantara, Naby Keita, James Milner, Harvey Elliott and Curtis Jones all competing for places in the three-man midfield as well.

With this in mind, Manchester United were linked with a move for the former Arsenal man, looking to snap him up for less than £20m as he struggles for game time at Anfield.

However, the Liverpool Echo report that the Reds do not want to let him go and want to keep hold of as many options as possible as they challenge on four fronts again next season.

Klopp’s side won the FA Cup and Carabao Cup last season, while they lost in the Champions League final and only missed out on the Premier League title on the final game of the season.

Oxlade-Chamberlain is unlikely to regain a regular place in the starting XI under Klopp, but the German wants to keep him around as they look to go one step further in the Premier League and Champions League than last season.

Sadio Mane is set to leave Liverpool this summer, with a £35m deal with Bayern Munich agreed, while Neco Williams is also for sale after the arrival of right-back Calvin Ramsay from Aberdeen.

With Darwin Nunez arriving from Benfica and Fabio Carvalho from Fulham, Liverpool may well have completed their summer incomings already.

MORE : New Liverpool signing Calvin Ramsay explains what he will bring to Anfield

Mr Happy Face took the competition in his stride (Picture: Splash News) A 17-year-old rescue pooch has beaten off stiff competition to be named the World’s Ugliest Dog. Mr Happy Face, a Chinese Crested dog, struggled to show much emotion upon claiming the crown and $1500 cash prize but his owner, Jeneda Benally was thrilled. […]

Harry Styles did the honours of helping an Italian fan reveal his sexuality (Pictures: Instagram, @issy_rann) Harry Styles made a fan’s dream come true during Pride Month after helping them come out as gay during his latest tour show.  The Watermelon Sugar singer brought his Love On Tour jaunt to Wembley Stadium on Sunday after […]