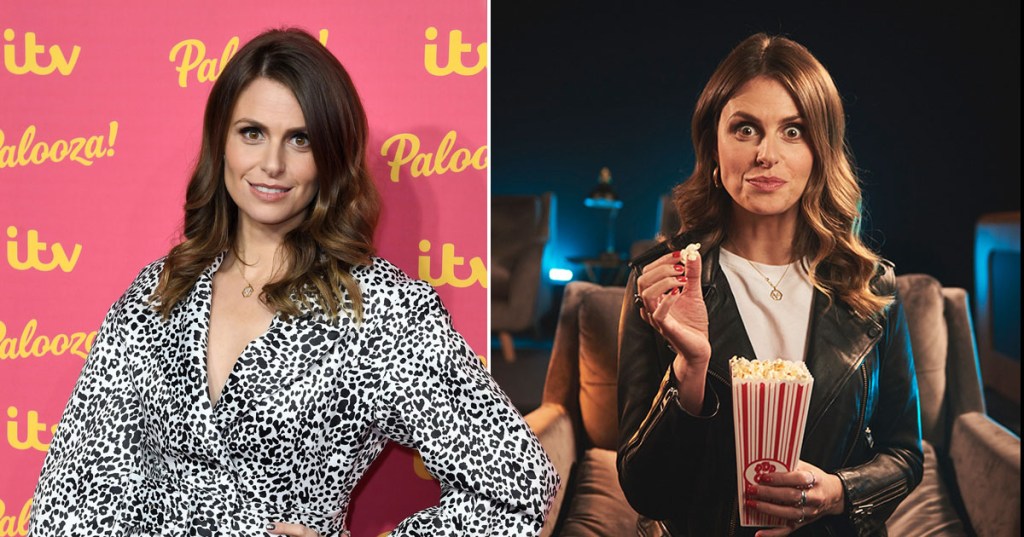 A concept where singletons perform steamy sex scenes inspired by the movies in a bid to find love? That’s what we’re about to see in Let’s Make a Love Scene.

It sounds like a film plot in itself, but this new Love Island-esque series will (hopefully) see sizzling on-screen chemistry turn into real-life romance for its single hopefuls looking for love.

According to Channel 4, ‘contestants will star in their own rom-com supported and coached through intimate scenes by an intimacy consultant Rufai ‘Roo’ Ajala and acting coach Emma Crompton.’

‘Countless Hollywood stars have met their other halves on set. But can ‘acting’ in love lead to a real connection?’

The premise is that one guy or girl performs three sexy scenes with three complete strangers. Inspired by blockbusters such as Ghost, The Notebook and Fifty Shades of Grey, these non-actors get a chance to live out their movie-star fantasies.

Comedian Ellie Taylor takes the hosting reins playing Cupid and is sure to bring some light relief and make sure it doesn’t get too hot n’ heavy.

Here’s what we know about the host:

Who is Ellie Taylor?

The English comedian, television personality, actress, and writer has many strings to her (Cupid’s) bow. Initially, she worked as a model before starting out in stand-up comedy.

She has appeared on numerous television shows, including 8 Out of 10 Cats, Fake Reaction, Mock the Week, The Lodge, Stand-Up Central, The Mash Report, and Plebs.

It looks set to be an interesting show! (Picture: Roy J Baron)

What TV shows has she been on?

Ellie has written and performed five stand-up comedy shows, including Elliementary, Infidelliety, This Guy, Cravings, which was also shown on Netflix as part of Comedians of the World, and Don’t Got This.

As well as Let’s Make A Love Scene, she’ll also host a new game show You Won’t Believe This which sees contestants turn detective as they try to spot the liars to win a cash prize.

She also hosted the latest series of The Great Pottery Throw Down on Channel 4.

Does Ellie Taylor have a child?

The 38-year-old married reporter Phil Black in 2014 and has one daughter, who she wrote about in her Sunday Times bestseller, My Child and Other Mistakes: How To Ruin your Life in the Best Way Possible.

Hollyoaks spoilers: Warren dumps Maxine as she is accused of lying about mystery illness?

Riverdale is finally coming to an end after 7 seasons

Coming out in favour of joining would be a historic development for either country (Picture: PA) Boris Johnson will visit Finland and Sweden this week to discuss their ambitions to join Nato following Russia’s invasion of Ukraine. The two Nordic countries have reversed decades of military neutrality since Putin launched his bloody war on February 24. Finnish […]