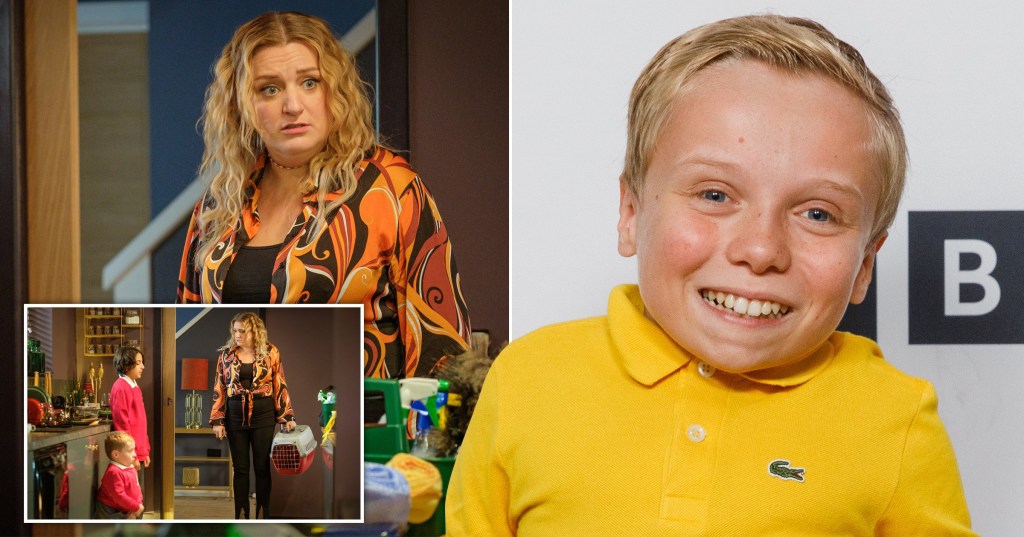 Lenny’s performance in Am I Being Unreasonable? is iconic (Picture: Getty Images/BBC)

Rising star Lenny Rush has opened up about the representation of his character Ollie’s disability in Daisy May Cooper’s new comedy Am I Being Unreasonable?.

The BBC drama follows Nic (Daisy), who is yearning for her former lover as she struggles with her dead-end marriage and to make friends in a bougie Cotswolds village.

But her life appears to be on the up when she befriends newcomer Jen (Selin Hizli), with her son Ollie (Lenny), also bonding with her new pal’s child.

However, their burgeoning friendship looks set to take a dark turn as Jen seems to have an ulterior motive, secretly filming Nic confessing her earlier affair.

Lenny, who has Spondyloepiphyseal Dysplasia congenita a condition that affects his growth, resulting in dwarfism, told Metro.co.uk how important it was that disability wasn’t a ‘massive plot’ in the series penned by old drama school friends Daisy and Selin.

He said: ‘I’ve got my segway and it has a disability badge on the front, but nothing’s ever said about it. And I like that because it’s not needed to be said.

‘Obviously some shows might be revolved around a kid with a disability and that makes sense if it’s about the disability. But I like [that the team of Am I Being Unreasonable?] didn’t make it into a massive plot. I liked that.’

Lenny went on to explain that the casting directors for the six-parter were open-minded with their search and were not specifically looking for a child actor with a disability.

He added: ‘My agent asked, “Is there any reason Lenny Rush couldn’t go up for this role?’ And they said, “No there isn’t.”‘

Lenny’s star is on the rise (Picture: Boffola Pictures/James Pardon)

The performer, who was in A Christmas Carol, has previously spoken about being a disabled actor.

Appearing on Good Morning Britain, he was asked by presenter Kate Garraway if he is proud to be ‘breaking barriers’ with his acting roles.

Lenny replied that was ‘proud’, adding: ‘I think disability or not I think anyone can play a role.

‘I think it’s good for people with disabilities to have the same opportunities that other people do, because why not?’

Am I Being Unreasonable? launches on BBC One and iPlayer at 9.50pm tonight

The bench plaque in, er, honour of Boris Johnson (Pictures: Getty / MEN Media) A bench plaque in ‘loathing memory’ of former prime minister Boris Johnson has been taken down. The Tory politician’s popularity has had its ups and down, but as the scandals piled up this year, it nosedived until he eventually resigned altogether. […]