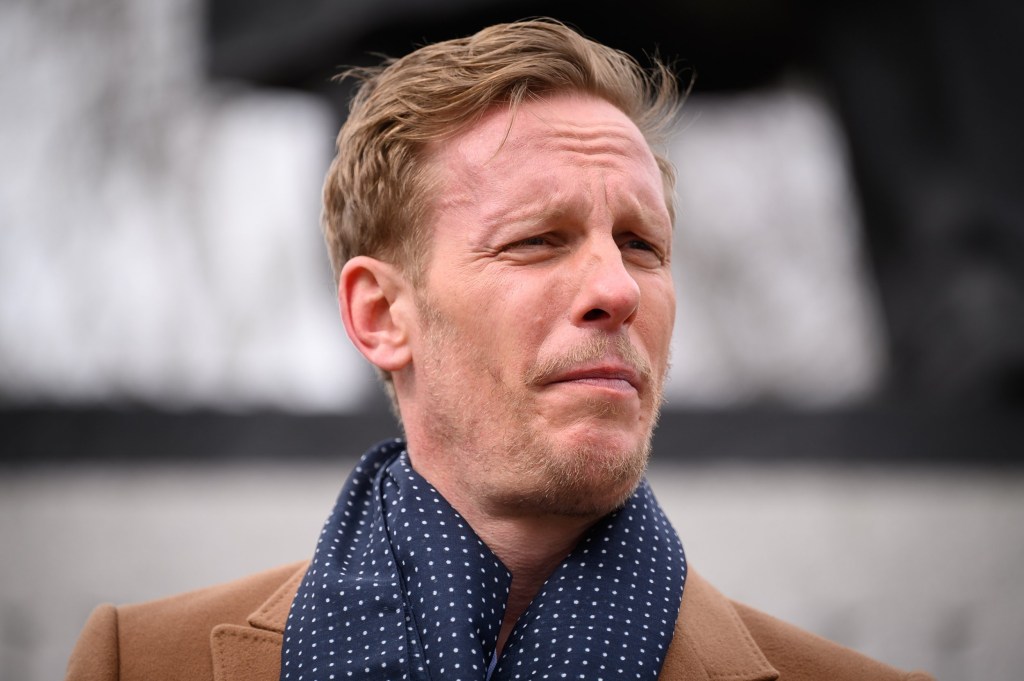 The Reclaim Party leader, who has previously spoken out about wanting to be an MP, launched his political party in 2020, and it wasn’t long before it was dubbed ‘UKIP for culture’.

The Lewis actor, 44, was earlier this year temporarily banned from Twitter, after he shared an image on his page of four Progress Pride flags manipulated in such a way that a swastika symbol – once an ancient religious symbol, but is now widely recognised for its appropriation by the Nazi Party and neo-Nazis – could be seen.

Not long before that, he incorrectly accused people of being paedophiles on social media, leading him to have to pay £36,000 in legal fees after being sued for libel by former Stonewall trustee Simon Blake, ex-Coronation Street actress and Metro.co.uk columnist Nicola Thorp and drag artist Crystal.

But now, he’ll be on GB News hosting his own show, starting from Friday.

Announcing the news on Twitter, Fox wrote: ‘This is going to be so much fun and I can’t wait to spend time with you again.

‘I want to talk to anyone who disagrees with me profoundly.

This is going to be so much fun and I canât wait to spend time with you again.

I want to talk to anyone who disagrees with me profoundly. They are always the best chats!

Hang on a minute. I start on Friday? Holy moly.

What shall we talk about first show?

‘They are always the best chats!

‘Hang on a minute. I start on Friday? Holy moly. What shall we talk about first show? DM me!’

Fox, who unsuccessfully stood as a candidate in the last London mayoral election, tested positive for Covid earlier this year, just days after donning a T-shirt against the vaccine.

He had been vocal about his opposition to the coronavirus vaccine on social media, as well as the mask mandate and lockdown rules.

He had previously been heavily criticised for breaking lockdown rules by inviting a group of friends over to his house for lunch.

‘Just had a large group over to lunch and we hugged and ate and talked and put the world to rights. It was lovely,’ he tweeted.

‘You’ll never take that away from people. Stay out. Protect your rights. If the @nhs can’t cope, then the @nhs isn’t fit for purpose.’

When announcing his plans to run for London Mayor against Sadiq Khan last year, Fox had argued against lockdowns.

The agent was dismissed from the UK National Crime Agency (Picture: Getty) An anti-drugs officer working in Barbados has been sacked for gross misconduct after allegedly selling a ‘covert asset’ used to spy on drug traffickers. An internal inquiry found they misused and sold a piece of surveillance equipment to a friend at a discounted […]

Jennifer has one son, Daye, but hopes to have more children (Picture: Lime) Hollyoaks star Jennifer Metcalfe has spoken about her fertility journey, revealing she’d like to have five more children. The actress, best known for her role as Mercedes McQueen, already has a young son with her ex, Greg Lake, a Geordie Shore star. […]

Kim Kardashian and Pete Davidson arrived at the Met Gala together (Picture: Getty) Pete Davidson has made his full, on-camera debut on the Kardashians, and it was everything we could hope for. Viewers have been teased with glimpses of the Saturday Night Live comedian, who briefly dated Kim Kardashian for nine months, throughout the season […]