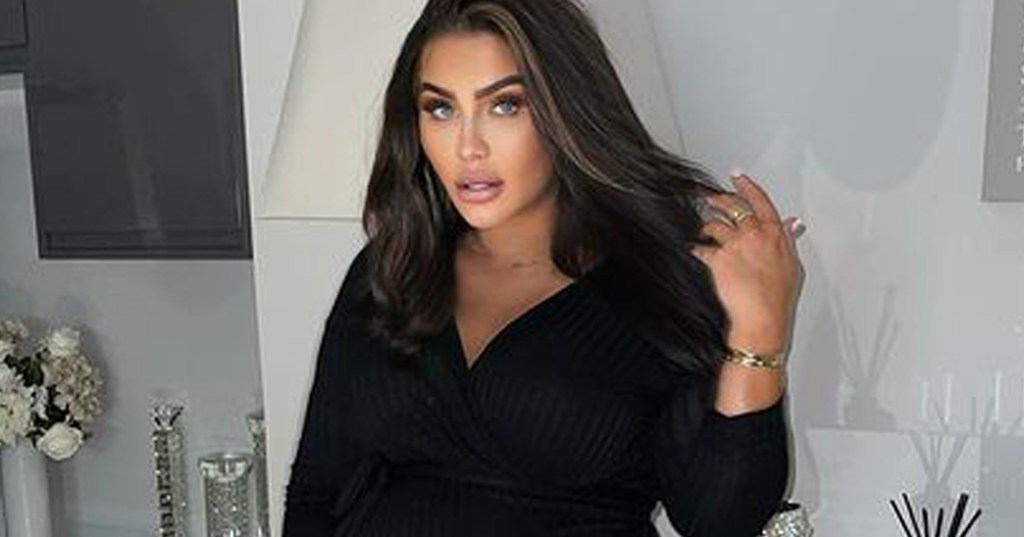 Lauren Goodger is reportedly ‘terrified’ of bumping into her alleged attacker and is hiding with a friend (Picture: Instagram @laurengoodger

Lauren Goodger is reportedly staying with a friend at a secret address after reportedly being attacked following her newborn baby’s funeral.

The Towie star, 35, was reportedly taken to hospital with serious facial injuries in the early hours of Thursday morning.

It was reported that Lauren had been attacked hours after she and her ex Charles Drury, 25, had held a funeral for their daughter Lorena, who died shortly after birth last month.

Now Lauren is reportedly ‘in hiding with a friend’ as she is ‘terrified’ she could bump into the man who allegedly attacked her.

A Metropolitan Police spokesperson told Metro.co.uk on Friday: ‘Police were called at 00:37hrs on Thursday, 4 August to reports of an altercation at a residential address in Upminster, Essex.

‘A man, aged 25, was arrested on suspicion of assault. He was taken to an east London police station and subsequently bailed pending further enquiries. Enquiries continue.’

Lauren and ex Charles Drury had just held a funeral for their newborn child when the alleged attack occurred (Picture: Instagram/ laurengoodger)

An insider told The Sun that the alleged attacker’s bail conditions ‘have not specified that he’s kept out of the Essex area’ and Lauren is ‘absolutely terrified.’

They added that the reality star is awaiting X-Ray results and ‘fears she has suffered a broken eye socket,’ explaining she is ‘in a lot of pain.’

The man alleged to have attacked the mother hours after her baby’s funeral also reportedly contacted the Sun to deny the accusations, saying ‘There’s a completely different side to stuff.’

The man accused of attacking Lauren has been released on bail (Picture: SOPA Images/REX/Shutterstock)

A source had previously told the outlet that the attack ‘happened after Lauren and Charlie came back from Lorena’s funeral.’

‘They had a private family ceremony on Wednesday which was not publicised. It was obviously a very emotional time.’

Reality star Lauren shared in July that her second child, Lorena, died shortly after birth, with Lauren sharing she didn’t suffer any pregnancy or labour complications.

The star recently explained that she plans on having a post-mortem to determine what caused Lorena’s death, ‘for her own sanity.’

She said she didn’t experience complications during pregnancy, which she described as ‘textbook’, or the labour itself.

Police shut down the scene after the shocking attack at Deighton Working Men’s Club in Huddersfield (Picture: Ben Lack/YappApp) Two thugs in balaclavas chopped a man’s hand off in a terrifying attack at a working men’s club, reports say. A witness said she heard an ‘awful squeal’ yesterday afternoon before seeing the detached hand on the […]

Emily Bergl starred with both Heche and Tupper on TV show Men in Trees (Picture: Getty) Anne Heche’s former co-star Emily Bergl has paid tribute to the actress following her death aged 53 on Friday, in a tribute which praised her for ‘talking about mental health before it was acceptable to talk about those struggles’. […]

TikTok: Why are employees unhappy at the fastest growing app?

TikTok is one of the most popular apps on the planet, but working there can be tough (Credit: Getty) Burnout and dismal work-life balance may be an inevitable consequence for employees working in tech, but one company seems to stand out when it comes to unhappy employees: TikTok. The wildly popular video app that launched […]