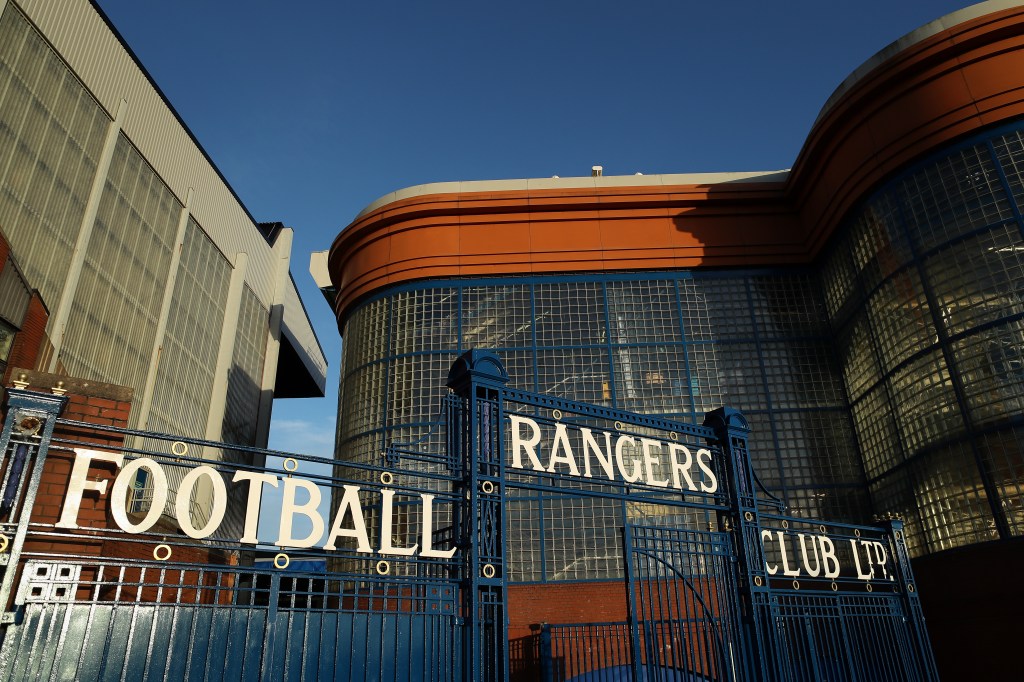 Rangers are being sued by a former kit supplier for more than £9.5million in apparent lost sales.

The figure is detailed in paperwork lodged on behalf of Elite Sports Ltd, the company behind Hummel sportswear, at the Court of Session in Edinburgh.

Lawyers representing the Danish company yesterday started proceedings to have sales figures released to them, believed to be with regard to sales at stores in Glasgow, Belfast and online.

The court was told a contract started in September 2018 but a judge in London ruled six weeks later that Rangers were ‘not performing’ in the agreement.

David Thomson KC, representing the sportswear firm, said: ‘We are seeking loss of profit suffered by the pursuer for season 2018/19, 20/21 and up to and including September 2023.

‘At this stage, the exact sales figures of shirts sold are still unknown and all we have is an estimate.’

In October 2018 it was ruled Rangers breached the terms of an agreement made with a company in the Sports Direct group when they signed a deal with Elite Sports Ltd, believed to be worth £10m. The Ibrox club then started a new contract with their current kit supplier, Castore, in October 2020.

Gavin McColl KC, who represented Rangers, argued the submission should be refused due to the ‘fundamental differences’ between Castor and Hummel.

He said: ‘It would be like me starting an artisan Gin company and demanding to see the accounts of Gordon’s Gin.’

However, Judge Lord Braid ordered Rangers to reveal all. He said: ‘I accept Mr Thomson’s submission that it is relevant to look at what the market was and the sales figures for Castore.’

The Dortmund midfielder put on a show against Iran (Pictures: Getty / ITV Sport) Nigel De Jong has dismissed suggestions that England starlet Jude Bellingham might be wary of moving to the Premier League due to the struggles of Manchester United flop Jadon Sancho. The 19-year-old gave a composed and authoritative display in the Three […]

The cycle lane features numerous obstacles cyclists must swerve including a bin (Picture: SWNS) Council bosses are facing criticism for ‘squandering’ more than £10,000 of taxpayers’ cash on a cycle lane with numerous hazards. The Worcester bicycle route has been slammed by cyclists forced to zig-zag around the obstacles and branded an ‘embarrassment’ and a […]