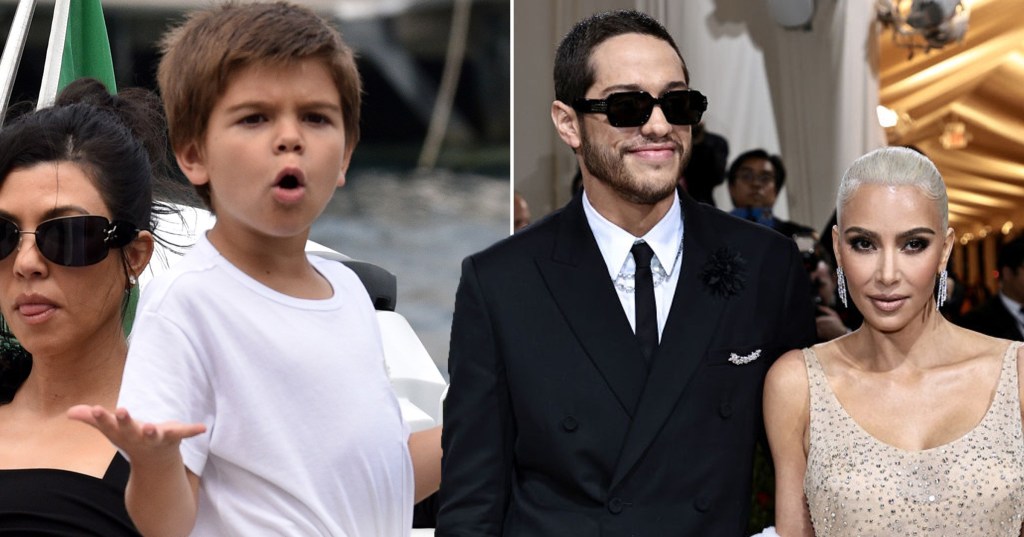 Pete Davidson clearly hasn’t been keeping up with the Kardashians as it turns out he got Kourtney Kardashian’s son’s name totally wrong ‘for the longest time’.

Kim Kardashian, 41, has slowly been introducing her new boyfriend to her famous family since they started dating, at the end of last year.

But it seems as though the SNL star, 28, must have missed some earlier episodes of their reality show as he thought Reign’s name was something completely different, thanks to Scott Disick.

During a live-tweeting session for the finale, she told fans: ‘Funny fact: Pete thought Reign’s name was Raymond for the longest time because that’s what @ScottDisick calls him all the time.’

Fans were living for the unseen snippet into Kim’s romance and begged for the comedian to make an appearance in the next series – which is currently being filmed – alongside Scott.

Funny fact: Pete thought Reignâs name was Raymond for the longest time because thatâs what @ScottDisick calls him all the time ð

‘@KimKardashian we need to see friendship between Pete and @ScottDisick THAT MUST BE FUNNY AF,’ one suggested.

Another agreed: ‘Tbh I’m loving Pete and Scott’s friendship, I feel like we can expect a real funny content from those two #TheKardashians.’

A follower stated: ‘They could have their own comedy show!’

‘Hope we see Pete and Scott hanging out next season this friendship must be so funny,’ a Twitter user added.

Kim and Pete, dubbed Kete, made their relationship official at the end of last year, after they shared their first kiss during a skit on SNL in October.

Things are clearly getting serious between the couple as the Set It Up actor was recently spotted out on a shopping trip with the Skims businesswoman’s oldest son, Saint, who she shares with Kanye West.

Kim and Pete made their romance official at the end of last year (Picture: Rex)

He was also mentioned at various points in season one of the family’s new Hulu show, and even made a sneaky off-camera appearance, but has yet to formally be welcomed into the fold on screen.

The mom-of-four previously vowed that she isn’t ‘opposed’ to Pete appearing on the series, but ‘it’s just not what he does’.

Who is Wendy Crozier as she returns to Coronation Street?

‘But if there was an event happening and he was there, he wouldn’t tell the cameras to get away,’ she told Variety in a recent interview.

‘I think I might film something really exciting coming, but it wouldn’t be for this season.

Who is Julian Assange and why was he living in the Ecuadorian embassy in London?

Julian Assange is currently facing extradition to the US (Picture: REUTERS) WikiLeaks founder Julian Assange is being extradited to the US by the UK, according to the Home Office. A June 17 statement on the subject said: ‘UK courts have not found that it would be oppressive, unjust or an abuse of process to extradite […]

Sandler’s ‘everyman charm’ wins over audiences for new movie Hustle (Photo: Theo Wargo/Getty Images) Adam Sandler’s latest movie is one of the best of his career, at least according to fans, critics and review aggregator site Rotten Tomatoes. Hustle, the latest feature starring Sandler, 55, to debut on Netflix, sees him star as Stanley Sugerman, […]

Planning anything is impossible because of the power cuts and public transport being unreliable (Picture: ISHARA S. KODIKARA/AFP via Getty Images) As I’m writing this, I’m in a queue for fuel that is well over a kilometre long. Lines for gas have become a common sight, no matter where in Sri Lanka you are. Some […]