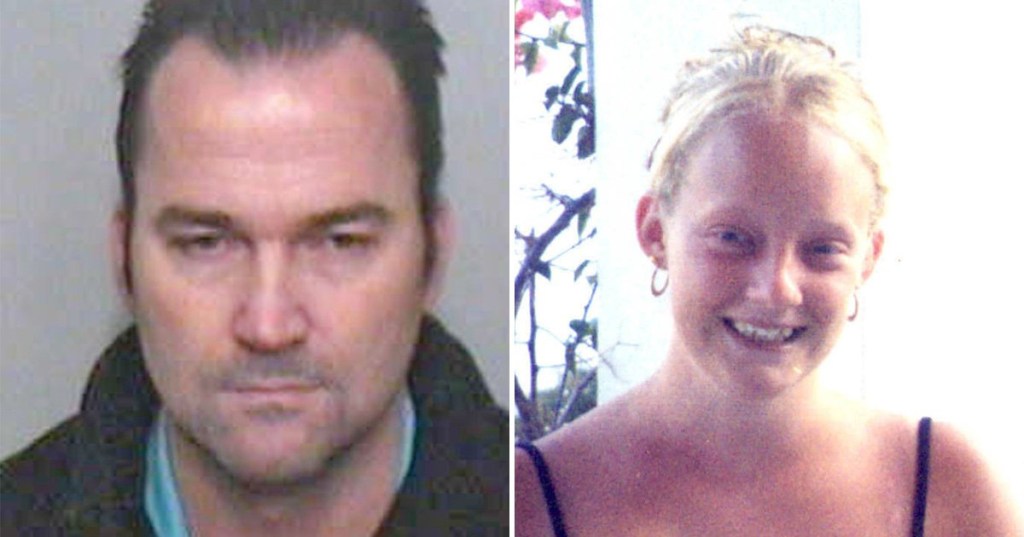 Stuart Campbell murdered his niece Danielle Jones, 15, but has refused to reveal where her body is (Picture: PA)

A notorious killer who kidnapped and killed his 15-year-old niece has been denied release from prison by the Parole Board.

Stuart Campbell was jailed for life in 2002 for the murder of Danielle Jones, from East Tilbury, Essex, who disappeared on her way to school on June 18, 2001.

Danielle’s body has never been found, but a pair of white stockings and a lip gloss containing her DNA were later found at Campbell’s home, prompting his arrest.

Campbell denied any involvement in his niece’s disappearance, but was found guilty after it emerged he lured her into a blue transit van to abduct her.

During his trial, prosecutors said he had developed an ‘irresistible sexual attraction’ to his niece, which included keeping a diary chronicling his contact with Danielle and sending her ‘an inordinate amount of text messages’.

He was sentenced to life in prison, with a High Court judge ruling he should not be considered for parole for at least 20 years.

Campbell became eligible for parole last year, but has been denied an appeal after the panel decided he is still too dangerous for release.

Stuart Campbell was jailed for life in 2002 for the murder of his 15-year-old niece (Picture: PA)

Danielle Jones was abducted by her uncle on her way to school in June 2001, and her body has never been found (Picture: PA)

In 2019, Danielle’s mother, Linda Jones, said she did not want Campbell to be released from prison until he reveals where her body is.

She cited Helen’s Law, named after murder victim Helen McCourt, which aims to prevent parole for killers who refuse to reveal the location of their victim’s body.

Both Ms Jones and Campbell’s brother, Alix Sharkey, have appealed to him to reveal where Danielle’s body is, but he has refused to disclose any information.

Ms Jones said she hoped Campbell would ‘do the right thing and allow us to lay our darling daughter to rest’.

A Parole Board spokesperson said: ‘We can confirm that a panel of the Parole Board has refused the release of Stuart Campbell following a paper review. The panel also refused to recommend a move to open prison.

‘Parole Board decisions are solely focused on what risk a prisoner could represent to the public if released and whether that risk is manageable in the community.

‘A panel will carefully examine a huge range of evidence, including details of the original crime, and any evidence of behaviour change as well as explore the harm done and impact the crime has had on the victims.

Campbell has been denied parole until he reveals the location of Danielle’s body (Picture: PA)

‘Parole reviews are undertaken thoroughly and with extreme care. Protecting the public is our number one priority.’

In 2017, officers from Essex Police dug up some garages near the home where Campbell once lived, in the hope her body may have been …read more

Australian tennis player Nick Kyrgios admitted to assaulting his ex-girlfriend Picture: AP) Wimbledon finalist Nick Kyrgios has pleaded guilty to assaulting his ex-girlfriend in Australia but avoided a criminal conviction. A magistrate in the tennis star’s home town of Canberra did not record a conviction against the 27-year-old, describing the common assault as an act of ‘stupidity […]

Chelsea spent £57m on Marc Cucurella last summer (Photo: Getty) Graham Potter has revealed that Marc Cucurella has been dealing with some off pitch issues whilst explaining why the Chelsea defender has struggled this season. Cucurella moved from Brighton to Stamford Bridge last August for around £57million and was later reunited with his Seagulls boss […]

Pregnant Molly-Mae Hague reveals what’s inside hospital bag ahead of baby’s birth, and she’s really thought of everything

Molly-Mae Hague updated fans on her hospital essentials as she prepares to give birth to her baby girl with boyfriend Tommy Fury. The former Love Island finalist, 23, has been keeping fans updated on every moment of her pregnancy journey. However, the influencer’s social media has been pretty quiet as of late which has led many to […]