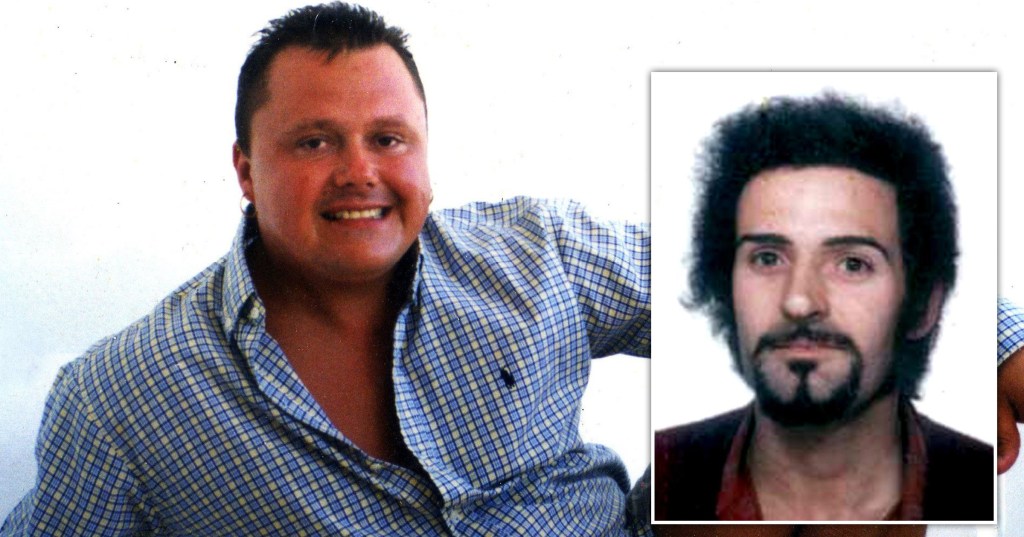 The pair reportedly struck up a close friendship while in prison (Pictures: Rex)

Serial killer Levi Bellfield met his wife-to-be through the Yorkshire Ripper, it has been claimed.

He is incarcerated at HMP Frankland in County Durham, where he recently proposed to his visiting partner in front of shocked guards.

Bellfield’s potential wife has now been revealed to be a friend of the late Peter Sutcliffe, widely known as the Yorkshire Ripper.

Sutcliffe was found guilty of murdering 13 women and attempting to murder seven others between 1975 and 1980.

A source told the Sun: ‘What people don’t realise is that the woman was friends with Sutcliffe for years before he died, although there was no romance between them.

‘She had written to Sutcliffe to ask about his case.

‘But Bellfield actually asked his permission to write to the woman about a year before Sutcliffe died. Sutcliffe agreed — so was an unwitting matchmaker.’

He and Peter Sutcliffe had become close friends in prison (Picture: Mike Walker/REX/Shutterstock)

Bellfield allegedly had helped the Sutcliffe keep his cell in order after the Yorkshire convict’s eyesight started to deteriorate.

He added: ‘It is inconceivable that the prison or the Ministry of Justice would authorise that marriage unless the very significant concerns about the safeguarding were addressed; we’ve asked for a risk assessment in relation to that.

And a spokesperson for Boris Johnson added: ‘The PM is sickened and appalled by this, and his thoughts are with the families of his victims.’

Sutcliffe, a former lorry driver, died in hospital at the age of 75 in 2020 (Picture: REX/Shutterstock)

Bellfield’s fiancée is said to be a blonde woman who is ‘besotted’ with the murderer (Picture: PA)

He was already serving his sentence when he went on trial for killing schoolgirl Milly, who was snatched from the street walking home from school in March 2002.

Bellfield was found guilty of abducting and killing the 13-year-old following a trial at the Old Bailey in 2011.

Before getting married, he would need formal permission from the governor of HMP Frankland, known as the ‘monster mansion’ for its number of notorious inmates.

Little detail is known about the woman, bar the fact she has blonde hair and is in her 40s.

She reportedly spends several hours a week visiting the killer, and the pair have been swapping letters for two years.

Stern’s potentially got company coming (pic: Sirius XM/Amouranth) Amouranth has begun to tease her appearance on Howard Stern’s show, as his reaction to her streams gains traction. Howard Stern, the veteran DJ known for shocking his audiences with explicit material, recently discovered Twitch star Amouranth. On his show, Stern reacted live to Amouranth sleeping on […]

Florida firefighter ‘shoots emergency department nurse and then kills himself’

‘I couldn’t catch my breath’: Brooklyn Beckham on seeing stunning bride Nicola Peltz for first time as newlyweds open up on their wedding in Vogue

Brooklyn and Nicola shared what happened during their fairytale wedding to British Vogue (Picture: Luigi & Iango) Brooklyn Beckham hailed the moment he saw his beautiful bride Nicola Peltz in her dress as ‘the highlight of the whole wedding.’ The loved-up couple tied the knot in a star-studded $3million wedding on Saturday with Nicola’s billionaire parents, Nelson […]