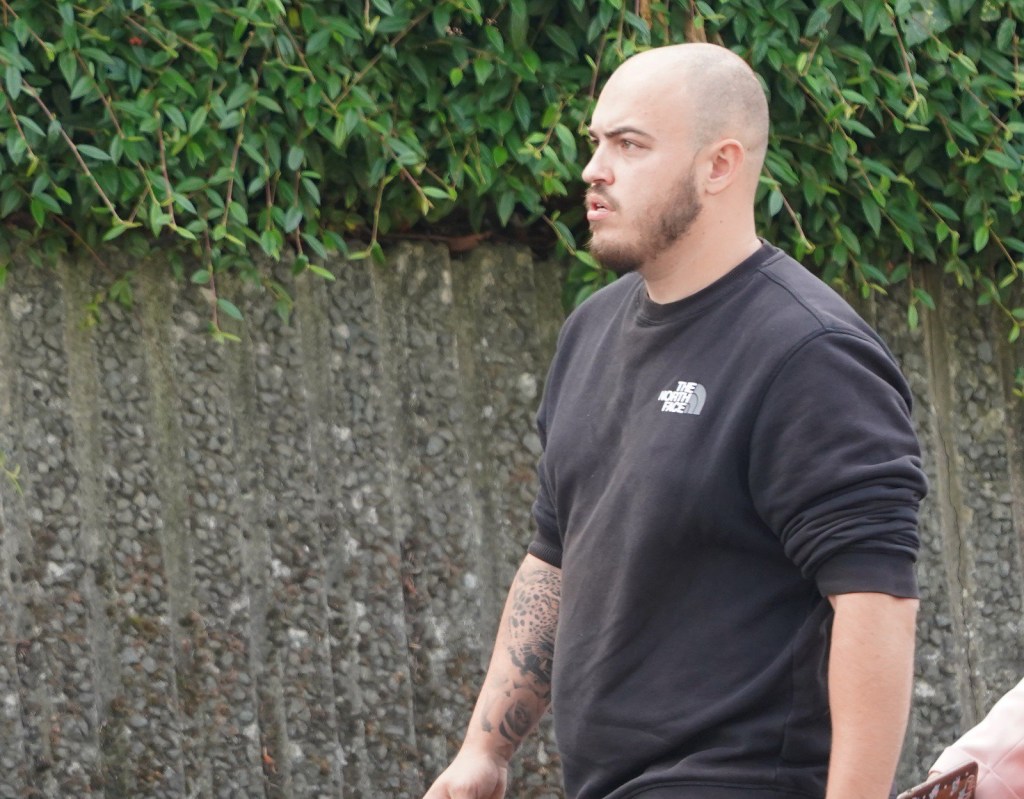 A man who filmed a crash scene while his friend lay dying has been told his punishment will be to ‘live with his actions’.

His court appearance came after a crash which killed his friend Blaine Darnell, 19, in September last year.

Beadle shared Snapchat videos and photos of the immediate aftermath of the deadly crash he caused on the A177 Durham Road in Stockton.

As he did so, his friend was dying in his car.

Teesside Crown Court heard Beadle had been driving his Peugeot 308 too close and too fast behind Blaine’s Vauxhall Corsa.

This meant he was unable to stop as his friend slowed at some temporary traffic lights.

Beadle’s car collided with Blaine’s, causing the latter’s vehicle to be shunted into the path of an oncoming vehicle.

Drivers and an off-duty paramedic rushed to the aid of the 19-year-old, but were unable to save his life.

A post mortem found that Blaine had died as a result of injuries to his head and neck which occurred on impact, which would have resulted in immediate loss of consciousness and death shortly after.

His heartbroken mum, Zoe Darnell, explained how her son had told her he loved her just hours before he died.

Blaine Darnell was described as ‘loving and caring’ by his distraught mum (Picture: Evening Gazette)

She said: ‘I never thought it would be the last time I saw him alive. Only a few hours later I was having to identify my son’s body in hospital – a vision I cannot get out of my head.’

Blaine’s family had seen the images and videos Beadle put on social media, which they said made them ‘hate him for what he has done’.

Ms Darnell said: ‘You speak to your family but Blaine cannot. I’m disgusted by the photos and videos you posted that night knowing he was still in the car.

‘You should know the cost to me and my family for killing my son, why didn’t you phone an ambulance? Instead you took videos as he passed away in the car.’

In a tribute to her son, Ms Darnell had also described Blaine as ‘loving, caring, witty, hard-working’ who should be ‘celebrating his 21st birthday’.

Although Beadle has been unable to explain why he sent the pictures on Snapchat, his lawyers argued he did not comprehend the seriousness of the situation.

Fiona Lamb, mitigating, said: ‘It’s very clear from the defendant’s messages that he didn’t know the seriousness of what had happened.

The public have the power in the semi-finals and the rest of the world have a say in Eurovision 2023 (Picture: Getty/Eurovision The voting system for Eurovision 2023 will look very different, the organisers of the competition have announced. Major changes have been made to how the public – and jury – will vote in […]

Robert MacCallum slept with the pupil after they left Hulme Grammar School (Picture: MEN Media) A teacher has been banned from the classroom after he booked a hotel room to have sex with a former pupil. Robert MacCallum, 39, had a ‘very close’ relationship with the student, named only as Pupil A, while they attended […]

Migos rapper Takeoff died at the age of 28 (Picture: WireImage) Takeoff has been remembered by Migos bandmate Offset, following his death. The musician, real name Kirshnick Khari Ball, was shot and killed at the age of 28, while attending a private party in Houston. Tributes poured in on social media following the news, with […]