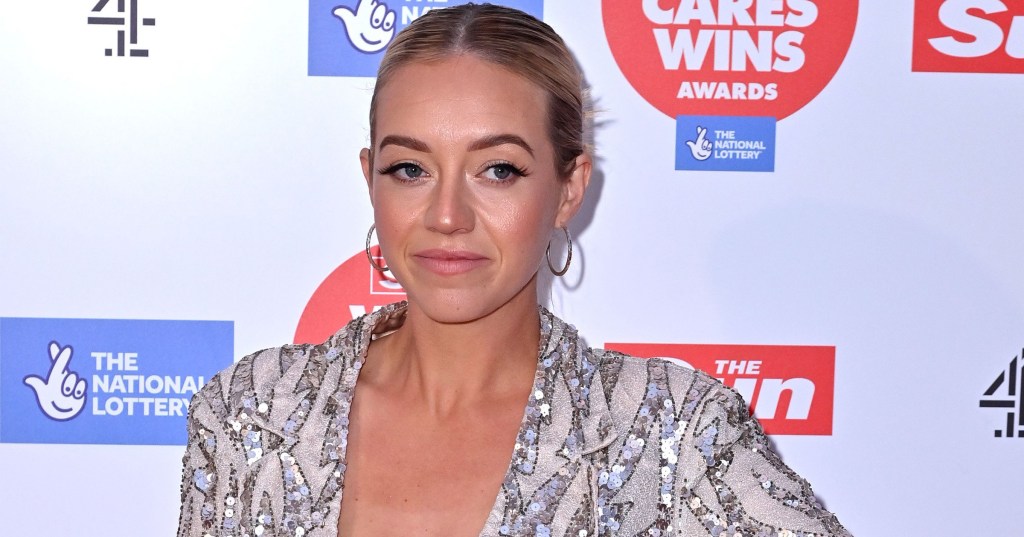 Kelsey Parker was surrounded by some of her favourite girls as she enjoyed a night out amid reports she has ‘found love again’.

The TV star is said to be dating electrician Sean Boggans eight months after the death of her husband, The Wanted singer Tom Parker, who had battled cancer.

Still yet to address the rumours, Kelsey, 32, got glammed up and headed for a star-studded night out on Tuesday.

The mum-of-two was in good company at The Sun’s Who Cares Wins Awards, where she mingled with I’m A Celebrity… Get Me Out Of Here star Olivia Attwood and Love Island’s Millie Court among other famous faces.

Millie and Kelsey were later seen leaving the event together, both looking in great spirits as they flashed smiles for photographers but the party wasn’t over yet.

In her Instagram stories, Olivia, 31, shared footage of the group enjoying dinner together at Mayfair restaurant Novikov, while Kelsey posted a selfie of her with Millie, 25, alongside the caption: ‘@milliegracecourt I love you,’ alongside a heart-eye emoji. Millie replied: ‘My girl!!!!’

The two flashed smiles at each other while leaving the awards (Picture: Backgrid)

Kelsey shared her love for Millie with a cute selfie (Picture: @being_kelsey, Instagram)

The girls enjoyed a dinner at Novikov with Olivia Attwood (Picture: @oliviajade_attwood, Instagram)

It came hours after reports that Kelsey is enjoying a romance with Sean after meeting through mutual friends.

A close pal of Kelsey’s claimed they first got to know each other at a wedding in Greece last month and are in the initial stages of their romance.

Parker died in March aged 33 after being diagnosed with a brain tumour (Picture: Rex Features)

‘It’s early days and she has a lot on her plate, but he’s shown her so much support,’ a wedding guest told The Sun.

‘He was with her on what was a tough day,’ they added, as Kelsey attended her first wedding since her husband’s death and one they hoped to be at together.

‘They were kissing and looked loved-up.’

The couple met in 2009 before tying the knot in 2018 and shared two children, Aurelia, three, and Bodhi, two.

MORE : Keke Palmer reveals sex advice from Whoopi Goldberg changed her life: ‘It was a journey to figure out what works for me’

The marbles were removed from Greece by Lord Elgin in the early 19th century (Picture: PA) The British Museum is holding secret talks with the Greek government over whether to return the Elgin Marbles, according to a report. The museum’s chair, ex-chancellor George Osborne, has reportedly been in negotiations with Greece’s prime minister Kyriakos Mitsotakis since […]

The schedules are up in the air (Picture: ITV) Soap fans, prepare for disappointment tonight (Monday November 21) as Coronation Street and Emmerdale have both been postponed so that ITV can screen tonight’s World Cup match between the USA and Wales. The match kicks off at 7pm, which means that the usual visits to the […]