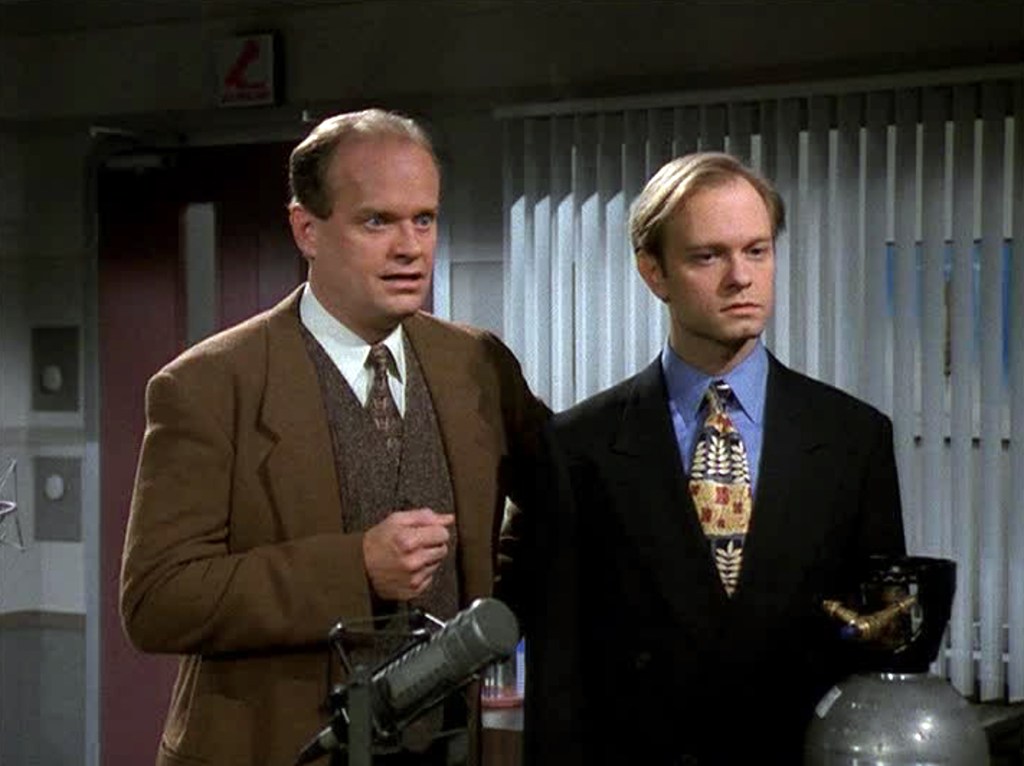 Kelsey has teased the casting for Frasier (Picture: Getty Images)

Kelsey Grammer has set the record straight as to why David Hyde Pierce will be absent from the upcoming Frasier reboot.

The sitcom, which was extremely popular among fans, ran for 11 seasons before drawing to a close in 2004.

It followed Kelsey’s Frasier as he returned to Seattle to work as a radio psychiatrist, reconnecting with his dad Martin Crane (John Mahoney) and brother Niles (David Hyde Pierce).

After 18 years, the beloved series will be coming back to streamer Paramount Plus, which will see the character take a new direction and ‘end up rich beyond his dreams’, Kelsey previously revealed.

However, David, who went on to star in HBO drama about American chef Julia Childs, will not be reprising his role in the reboot.

Speaking about the casting process, Kelsey said: ‘For a while we were going to try to bring back the whole cast, the whole legacy case.

He continued: ‘In a very funny way, it just took us to a new place, which was what we originally wanted to do anyway, which was a Frasier third act. It’s an entirely new life for him.’

David, however, previously told Vulture he ‘wouldn’t just do’ the reboot because his original experience on the show was so ‘valuable.’

Kelsey is reprising the role of Frasier after 18 years (Picture: Nbc-Tv/Kobal/Shutterstock)

He said: ‘That whole time of my life, the writing on those shows, the actors I got to work with – all of that is deeply important to me.

‘And I would never disrespect that in such a way as to say just offhandedly, “Oh, no, thanks. I’m not going to do that again.” It’s too valuable to me.’

Kelsey previously said Frasier will be rich in the reboot (Picture: Getty Images)

Speaking further about the comedy, Kelsey added: ‘We start rehearsals in February. We’ve been working on it honestly for about six or seven years.’

‘It’s been on the slow burner. We were like, this is not a bad idea. Maybe this is a good idea!’

Frasier will also reportedly feature a tribute to John Mahoney, who died in 2018, and it is unclear if Jane Leeves and Peri Gilpin, who played Daphne and Roz respectively will be returning.

GB News presenter left with ‘huge paranoia, anxiety and distress’ after being stalked for over a year by Airline star Leo Jones

Should Matt Hancock be judged on pandemic inquiry outcome or I’m A Celebrity…?

This is what got readers talking today (Picture: Metro.co.uk) Matt Hancock coming in third place in I’m A Celebrity… has reignited the debate once again over his conduct during his time as health secretary. Some readers have said that his breaking of his own social distancing ‘guidelines’ is what people should really be focusing on, […]

To view this video please enable JavaScript, and consider upgrading to a web browser that supports HTML5 video Margarita Levieva has admitted she was ‘scared’ to take on the role of Alexander Litvinenko’s wife because of what Russian President Vladimir Putin is ‘capable of’. The Russian-American actress said she decided playing Marina Litvinenko, who has […]