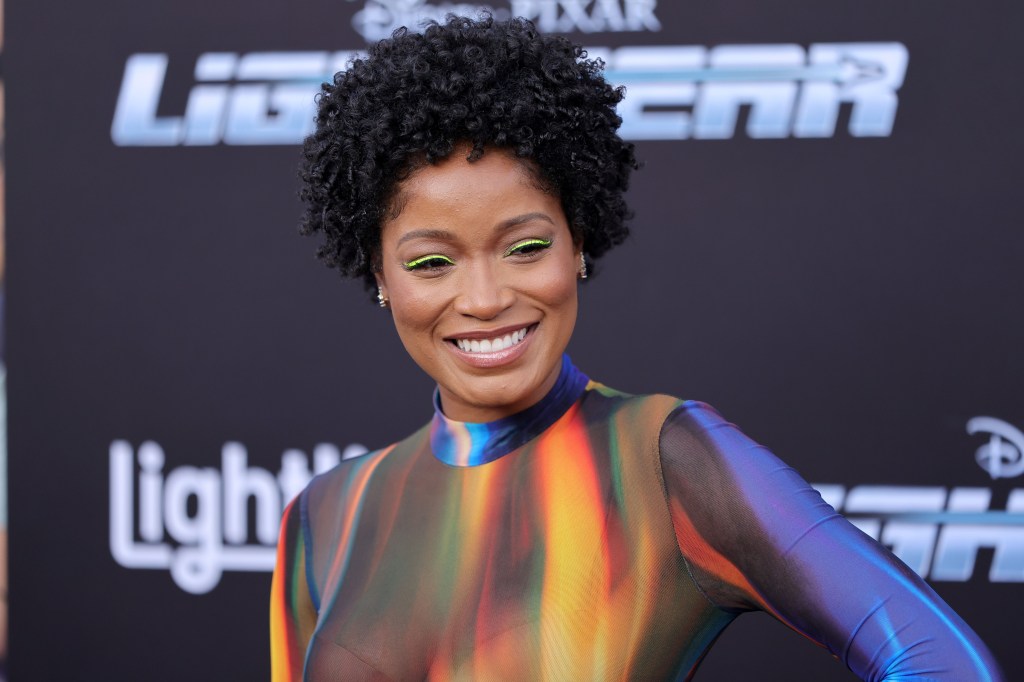 The actress, 28, won several NAACP awards for her breakout role as True Jackson on the Nickelodeon teen sitcom True Jackson, VP between 2009 and 2012.

She then went on to appear in the Ice Age animated film franchise and hosted her own talk show, Just Keke, at just 20 years old.

Ahead of her appearance in Jordan Peele’s latest horror film Nope, Palmer looked back on her career as a child star and gave an honest assessment.

‘I think performing, in general, is exploitative. I think that being a child entertainer is really exploitative because you don’t even know your limits yourself.’

Speaking to The Guardian, she said that how she felt at the time, while working on numerous shows and films simultaneously, has changed over the years.

‘A lot of what you later envision as a memory is actually trauma,’ she added.

Before the age of 18, Palmer had already appeared in dozens of films and TV shows after making her acting debut at the age of 11.

She later became known by some fans for not being totally aware of who former US Vice President Dick Cheney was after being shown a picture of him.

In a video posted online in 2019 by Vanity Fair, she can be seen saying: ‘I hate to say it, I hope I don’t sound ridiculous. I don’t know who this man is.’

Keke Palmer has always attempted to take her fame into her stride (Picture: Dimitrios Kambouris/Getty)

She then famously continued: ‘He could be walking down the street, I wouldn’t know a thing. Sorry to this man.’

Looking back, Palmer says that she doesn’t mind.

Talking about her new movie Nope, in which she plays the character Emerald Haywood, she said she appreciated its frank approach to the acting industry.

‘There’s so many themes about the film industry, how degenerative it is, and the people that it chews up and spits out.’

Steven Yeun, of The Walking Dead fame, plays former child actor Ricky Park in the film, and Palmer says she drew a lot from that particular character: ‘I really related to it.’

Nope is released in UK cinemas on August 12.