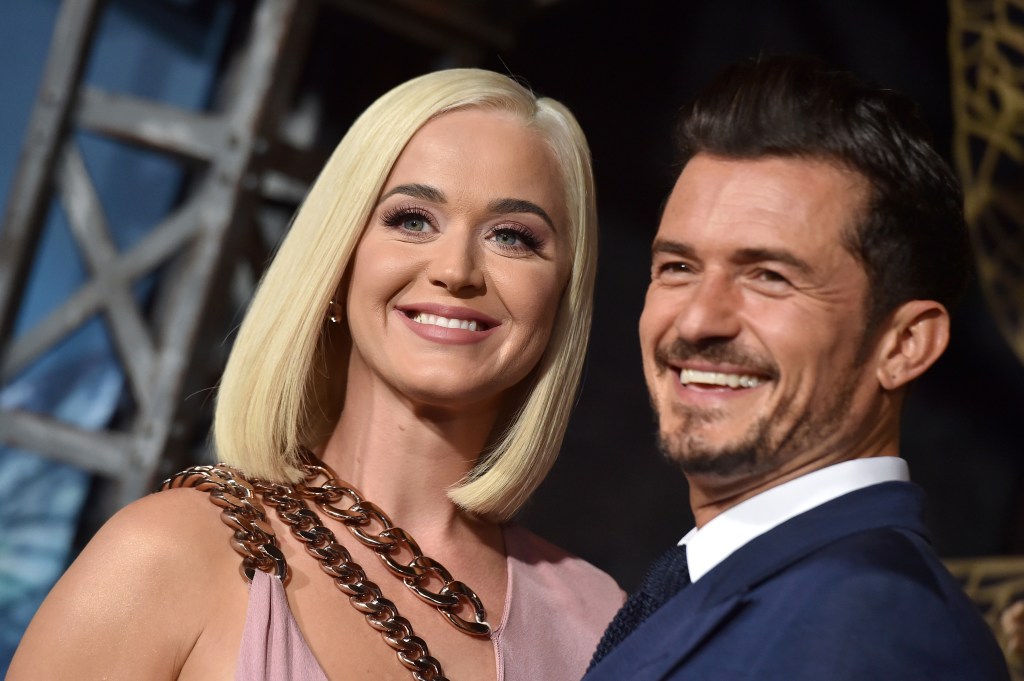 Katy Perry and Orlando Bloom work together to raise their daughter through their busy schedules and don’t plan on hiring a full-time nanny (Picture: FilmMagic)

Katy Perry has opened up about motherhood and insists she doesn’t want a full-time nanny for her and Orlando Bloom’s daughter.

And while Katy is incredibly busy with a Las Vegas residency and working on rebuilding her profile after some time away from the limelight, she wants to be as hands-on as possible with her daughter.

Speaking on the SmartLess podcast, she said she is ‘working a lot,’ but she has ‘always worked a lot.’

‘I have a wonderful nanny, but I don’t have a full-time nanny because I feel like if I had a full-time nanny, I would never be able to know how to care for my daughter like I’m meant to,’ she added.

On her days off from her Vegas residency, which sees her perform multiple times a week, she goes into ‘mom mode’ and actively works to spend time with her daughter even if she has ‘no-sleep shakes,’ she added.

Katy is in the middle of a Las Vegas residency that can see her perform multiple times a week (Picture: Getty Images for Katy Perry)

‘It doesn’t matter if I’ve had a show that goes to 11 p.m. the night before, I’m waking up at 6 o’clock and we’re gonna go and do breakfast,’ she told the podcast.

Both Katy and fiance Orlando can work long hours, however Katy recalled one particular moment that led her to realise she needs to spend as much time as possible with little Daisy.

‘She’s two, so she’s at the point where she’s saying new words every day,’ Katy explained.

‘And the other day she was saying some words that I didn’t teach her, and I was like “Damn it. That doesn’t feel good.”‘

Katy added that Pirates of the Caribbean star Orlando is the ‘best dad’ to their daughter.

The actor also has son Flynn, 11, from his previous marriage to Miranda Kerr, and Katy has previously hinted she’d love to welcome more children with him.

Spilling the beans on family life, the Dark Horse singer said: ‘I’m a planner. So we’ll see…Hopefully in the future.’

She added: ‘It was just such an interesting thing having a child during Covid because everything paused besides that.

‘I love the experience I’m having with my daughter now.’

The cute couple began dating in 2016 and have been engaged since 2019 (Picture: WireImage)

Katy insisted that being a mom is the ‘best decision I ever made for my life’.

The Firework singer started dating Orlando in 2016 and they eventually got engaged on Valentine’s Day, three years later.

Despite having been engaged for three years now, the lovebirds are still waiting to walk down the aisle.

Hurricane Ian has trapped families in flooded homes and knocked out power for two million people (Picture: Getty/Met Office) Brits have been warned heavy rain and 60mph winds will hit over the weekend after a powerful storm struck across the pond. Flooding could impact some UK areas on Friday as the country is plunged into ‘a […]

From acting to sculpting… Brad Pitt has made the transition look pretty easy (Pictures: Jon Kopaloff/Getty/Jussi Koivunen/Sara Hildén Art Museum/AFP) Not content with simply being one of the most successful and acclaimed actors of his generation, Brad Pitt has added another string to his bow – he’s now an artist as well. The Fight Club […]