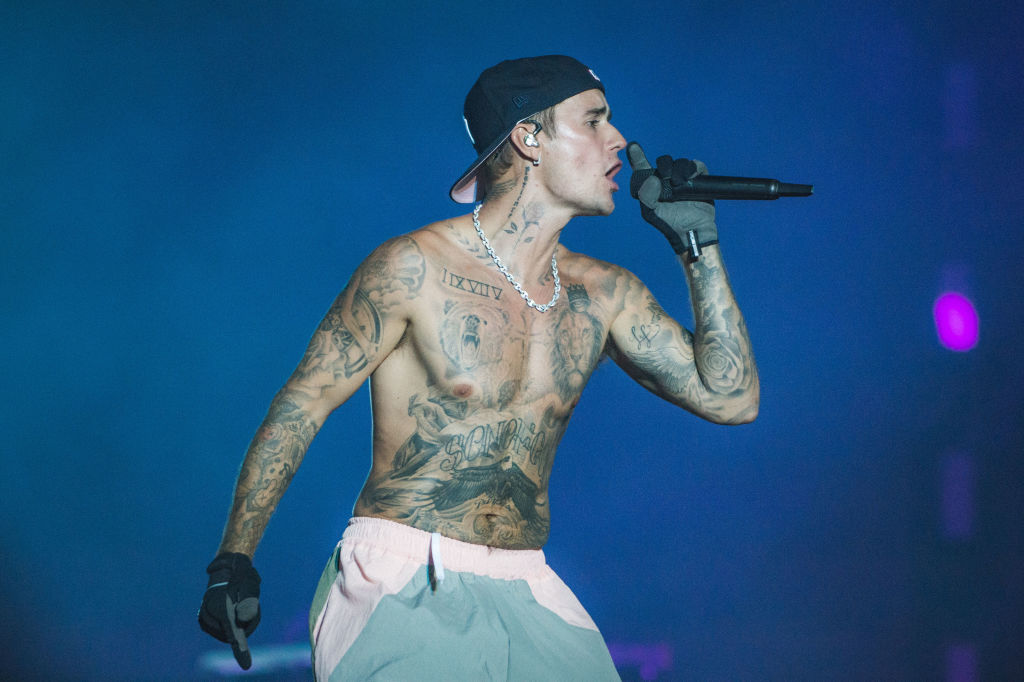 Justin Bieber has cashed in on all his songs (Picture: Joseph Okpako/WireImage)

Justin Bieber has sold his back catalogue of songs for a staggering figure in a move to future-proof himself and gain more ‘independence’.

Hipgnosis Songs is the music fund that have bought the rights to all Justin Bieber’s 290 songs, while the artist rights to his master recordings were also acquired.

The move from the Baby singer comes as other stars including Bob Dylan, Mick Fleetwood, Neil Young, Sting, and Blondie singer Debbie Harry, also sold their interests in recent years.

Giving up publishing rights means whenever someone plays a song Hipgnosis part-owns in public, the fund gets paid.

It essentially means Justin, 28, is cashing in on his potential future earnings from old songs now.

Hipgnosis boss Merck Mercuriadis, former manager of Sir Elton John and Pet Shop Boys, told BBC Radio 4’s Today that he cannot discuss the price Hipgnosis paid for the rights because of a non-disclosure agreement, though a figure of around $200million (£162million) has been reported.

Justin hasn’t released any new music since 2021, and had to cancel his recent world tour for health reasons (Picture: Jerritt Clark/Getty Images for OBB Media)

Mercuriadis said: ‘[But obviously, as you point out, he is being paid a lump sum in advance rather than collecting it over the next 12 or 13 years.

‘And that is going to give him an opportunity to put his money to work for himself.

‘And he is de-risking his future and giving himself an independence and a cushion that most people in the world would envy.’

While in the pre-Spotify world it was tricky to see a bright future for the music industry, all that has changed according to Mercuriadis, as he explained why artists are selling up.

Justin was first spotted in a YouTube video as a 12-year-old cover singer before rocketing to fame (Picture: Rick Rowell/Disney Channel via Getty Images)

‘If you go back a short six or seven years it would be very difficult to look anyone in the eye and say the best days of the music industry are in front of you,’ he said.

‘And Justin Bieber just happens to be arguably the definitive soundtrack of that streaming revolution which, as you say, (is) 80-odd million monthly Spotify listeners, 13 songs that have had a billion streams.

‘The accolades and the consumption on his catalogue are incredible.’

Mercuriadis’ catalogue of songs has grown to be pretty extensive since he launched the fund on the London Stock Exchange in 2018 alongside Nile Rodgers of Chic.

Romanticising the move, Mercuriadis added: ‘The beautiful thing about music is when these songs become hits they become part of the fabric of our lives.

Forza Motorsport – the best looking Xbox game yet (pic: Microsoft) It looks like Xbox’s answer to Gran Turismo may have had another secret delay, as while it’s still out this year there’s no clue as to when. It was one of the first games announced for the nascent Xbox Series X/S and yet in […]

Dame Esther Rantzen, 82, reveals she has lung cancer which ‘has spread’ – but is remaining ‘optimistic’

Love Island fans laughing after Kai Fagan’s moon chat: ‘Like when you’re stuck in someone’s kitchen at 7am’

Kai Fagan wanted to impart a life lesson on Tanyel Revan (Picture: ITV) While Love Island’s Kai Fagan might have been thinking he was giving an inspiring anecdote to Tanyel Revan, viewers couldn’t help but laugh at his story about the moon. The science and PE teacher from Manchester became the object of three girl’s […]