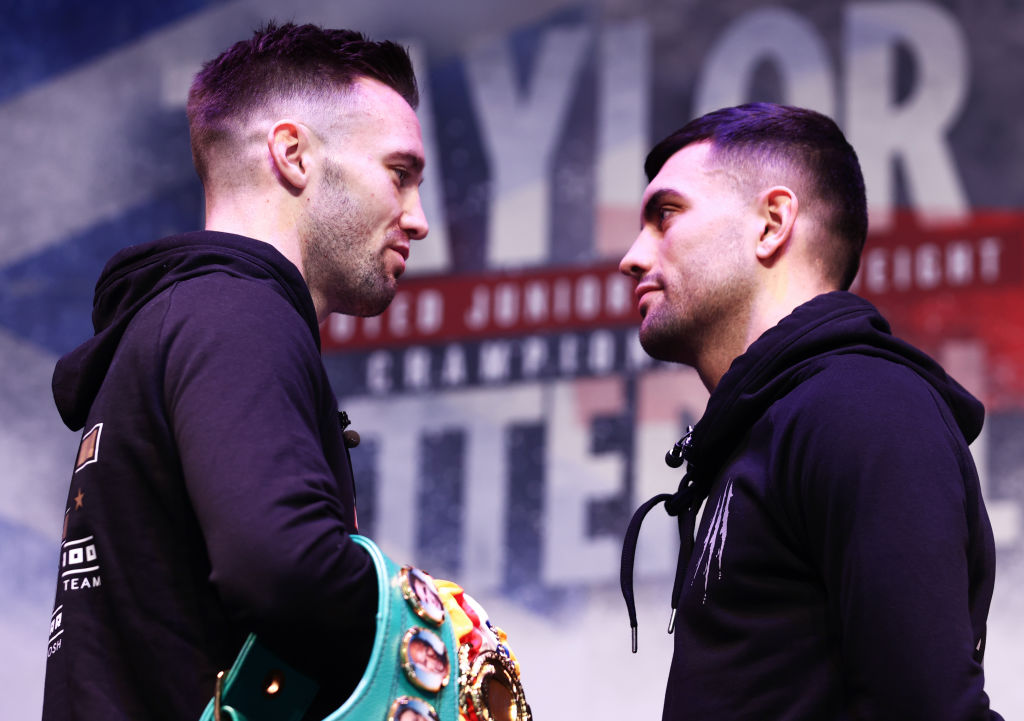 Taylor and Catterall were scheduled to meet again on 4 March (Picture: Getty)

Josh Taylor has been given five days to provide proof of the injury that has seen his rematch with Jack Catterall delayed again.

The Scot defended his undisputed lightweight title in a hugely controversial points win over Catterall in February last year. A rematch for 4 March was scheduled to be announced this week, only for Taylor to suffer a foot injury which has derailed those plans.

Taylor tore a tendon in his foot while in training which has left him unable to put any real weight on it for the next six to eight weeks, with May or June a possible target for his return.

The 32-year-old has vacated the WBC, WBA and IBF championships since his first meeting with Catterall, but still holds the WBO title, the belt scheduled to be on the line against Catterall.

But in light of this latest setback, the governing body have now asked for written evidence of the injury, suggesting Taylor could be be stripped of the belt should he fail to comply.

In an official letter sent to Taylor’s promoter Bob Arum, the WBO said: ‘Dear Mr. Arum: Please be advised that on January 21, 2023, reports surfaced that the fighter suffered a tear plantar fascia.

‘This forced the postponement of his previously scheduled title defense against Jack Catterall. The fight was to occur on March 4, 2023, at the OVO Hydro Arena in Glasgow, Scotland, United Kingdom.

‘Therefore, considering the foregoing, Mr. Taylor is hereby ordered to submit within the next 5 days upon issuance of this notice a detailed medical explanation of his injury, findings, recovery prognosis, and his orthopedic specialist’s opinion as to when will he be physically and medically cleared to compete and return to active competition.

‘Failure to comply with this order will result in Mr. Taylor waiving all rights. His rights [as a champion] with the Committee proceeding per WBO Regulations of World Championship Contests.’

Taylor and Catterall were both ringside for Saturday’s fight between Liam Smith and Chris Eubank Jr, with security forced to step in and separate them after a row erupted between the two rivals.

Taylor told iD Boxing of the injury: ‘It’s not one I can rush the recovery time is just going to have to take its time. We’re talking at least six to eight weeks just before I get back on my feet, back to training, putting any kind of pressure on my foot.

‘And then I got hit with a hell of a blow, unfortunately, just one …read more

Stacey Solomon has landed a huge new role (Picture: S Meddle/ITV/Shutterstock) Stacey Solomon is looking to crack Hollywood after landing a job with Reese Witherspoon’s production company. The Loose Women star, who delighted fans with her role on BBC’s home organisation series Sort Your Life Out, is set to front a brand new home improvement […]

What’s next for Happy Valley’s Tommy Lee Royce after busting out of courtroom in nail-biting episode 4?