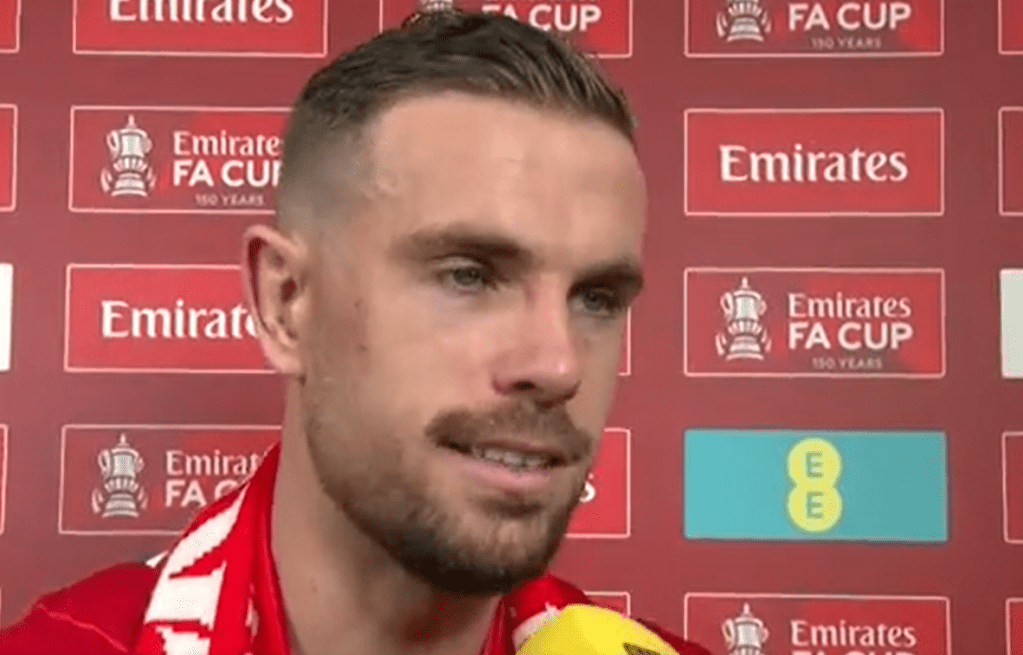 After an absorbing contest, which mirrored the league cup final which took place earlier this season, Henderson was ultimately indebted to goalkeeper Alisson Becker, who saved from Mason Mount in the shootout, before Kostas Tsimikas stroked home the decisive penalty.

Reacting to creating a piece of personal history, Henderson told the BBC: ‘Trophies is what we are here to do.

‘To come here, work so hard to get over the line – it’s a big moment. The fans deserve it. It is pretty special.

‘We’ve had so many games in such a short space of time, but that is what it’s all about. Digging in. To win it on penalties again – a lot of credit has to go to the boys.

‘We have to give everything. Some of the talent we’ve got in the dressing room is incredible. We need to just keep going.

‘We’ve got to recover quickly – we have to be ready for that. The Wolves – then Madrid. 3 big games left and hopefully we can win all three.’

To view this video please enable JavaScript, and consider upgrading to a web browser that supports HTML5 video Police have been urged not to turn a ‘blind eye’ to shoplifters stealing food, despite conflicting advice over the last week. Kit Malthouse, a minister across the Home Office and Ministry of Justice, says officers should work […]

Divock Origi has agreed a move to Serie A (Picture: Getty Images) Divock Origi is heading to Serie A this summer when his Liverpool contract expires, after agreeing personal terms with AC Milan. The striker has not completed a medical or signed a contract yet, according to The Athletic, but a deal has been agreed […]

Rachel Stevens would still be happy to pose for racy photoshoots: ‘Why not?’