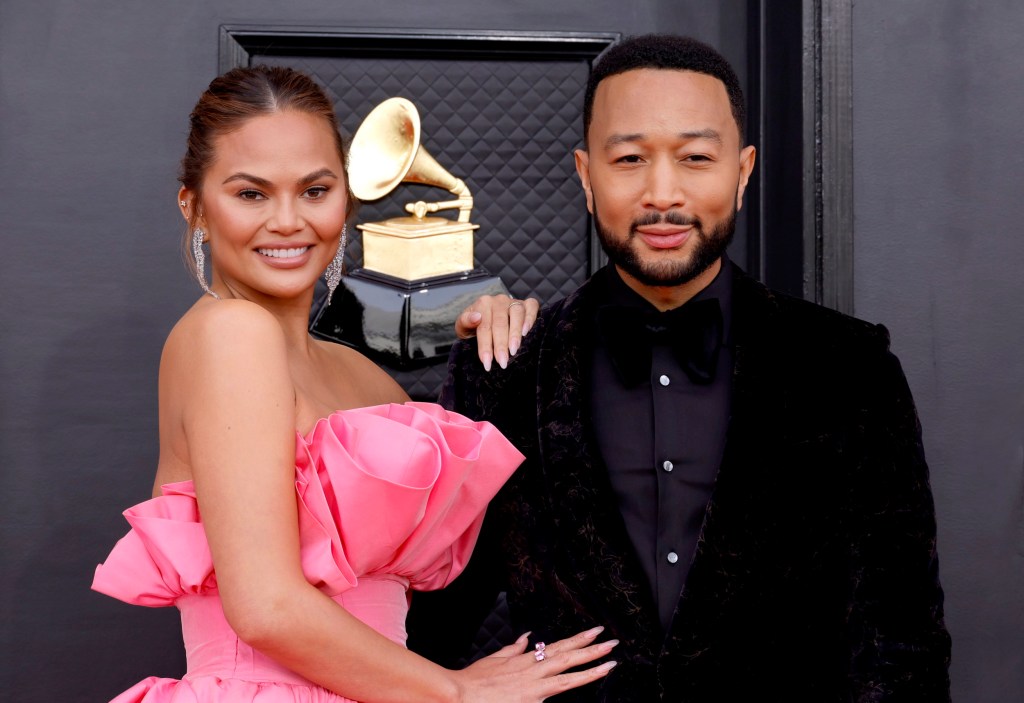 John Legend was every inch the doting dad on Wednesday when he scooped up his newborn daughter Esti for a cuddle.

The hitmaker and his wife, Chrissy Teigen, welcomed their third child on January 13 and have shared a handful of snaps of the tot since, although this might be the most adorable to date.

Doting dad John, 44, beamed at the camera while cradling little Esti, who many of his 15.1million Instagram followers said looks just like him.

One person commented beneath the All Of Me crooner’s post: ‘Literally it’s been five minutes and already she looks just like you dude.’

‘Totally your twin,’ penned another social media user, with others echoing: ‘Your twin’ and ‘twins’.

Chrissy announced she was pregnant again in August 2022 (Picture: Instagram/ChrissyTeigen)

‘The baby really looks like you,’ wrote someone else.

John is said to have announced Esti’s birth while performing at a private concert earlier this month before he and Chrissy, 37, broke their social media silence a few days later, posting a photo on Instagram of the little girl all bundled up while being doted on by her older siblings, Luna, six, and Miles, four.

Chrissy announced she was pregnant again in August 2022, two years after she and John suffered the loss of their son, Jack.

Do you think little Esti looks more like John or Chrissy?Comment Now

In October 2020, the Lip Sync Battle presenter underwent an abortion to save her life, while her baby had ‘no chance’ of survival, having previously believed she’d had a miscarriage.

When she revealed her pregnancy, she wrote on social media: ‘The last few years have been a blur of emotions to say the least, but joy has filled our home and hearts again.’

Sharing photos of her bump, she added: ‘1 billion shots later (in the leg lately, as u can see!) we have another on the way.’

‘I don’t think I’ll ever walk out of an appointment with more excitement than nerves but so far, everything is perfect and beautiful and I’m feeling hopeful and amazing. Ok phew it’s been very hard keeping this in for so long!’

A man is fighting for life after being hit twice by two cars that drove off.

When is the Carabao Cup final 2023? Date, kick-off time and TV

The Carabao Cup is the first final of the year (Picture: Shaun Botterill/Getty Images) The Carabao Cup has reached the semi-final stage with Southampton, Newcastle United, Nottingham Forest and Manchester United just two games away from a spot in the final. The competition represents the first opportunity to win domestic silverware this season, with all […]