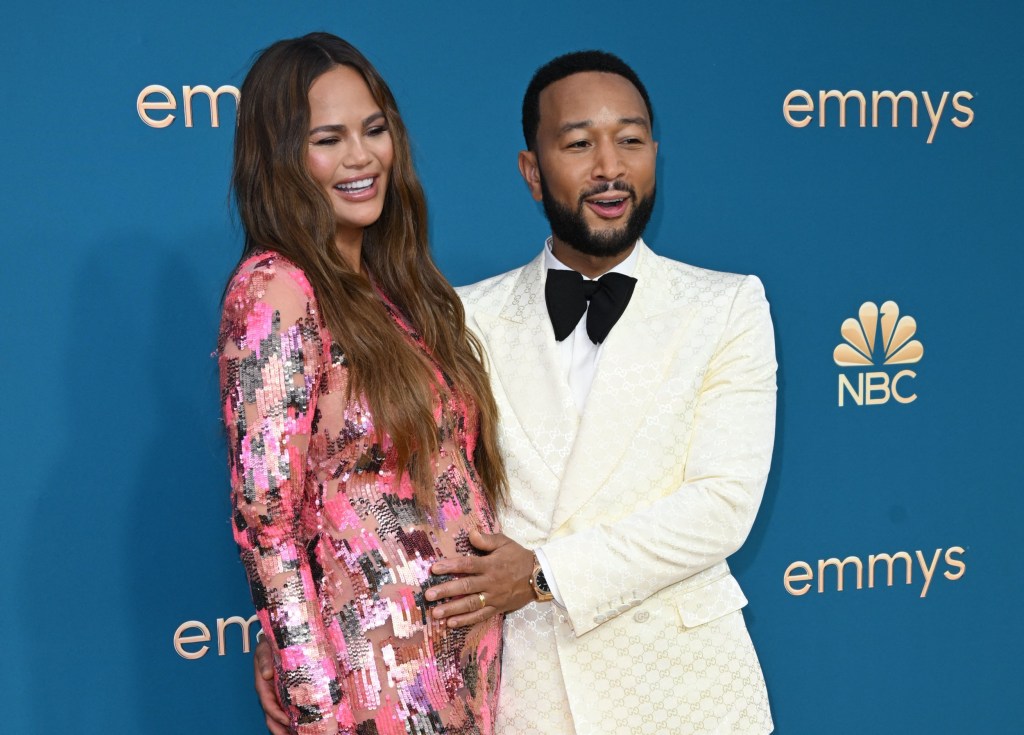 John Legend has said he and his wife Chrissy Teigen have ‘cautious optimism’ about their new pregnancy, after losing their third child.

The 36-year-old model recently revealed their late child Jack died due to a medical termination in order to save her life – rather than a miscarriage as she had originally assumed – in September 2020, as the couple learned their son ‘would not survive,’ and neither would she ‘without any medical intervention’.

In August, Chrissy announced she was pregnant again, but said she remained ‘nervous’ about the experience.

Appearing on Good Morning Britain on Friday, Legend was asked how her pregnancy was progressing.

He said: ‘Whenever you lose a pregnancy it is always cautious optimism when you are pregnant again, because you never know what could happen and you have experienced that tragedy of losing one… so your optimism is a little bit tempered by that.

‘But everything has been great so far and we are really excited. The kids are excited, we are all excited and can’t wait to welcome this new baby into the world.’

The couple have spoken publicly about their fertility issues and their third child was the first conceived without IVF, while they are already parents to daughter Luna, six, and son Miles, four.

Discussing Jack’s death, Chrissy recently revealed: ‘Let’s just call it what it was: It was an abortion. An abortion to save my life for a baby that had absolutely no chance.’

Meanwhile, on GMB Legend also spoke about his relationship with Kanye West, to whom he provided vocals during their respective early careers.

He said: ‘My career story can’t be told without Kanye’s involvement.

‘We worked together on my first album, Get Lifted, he signed me to his production company, Good Music, and we made a lot of amazing music together, so I’ll always be grateful for that.

‘Our friendship definitely hit a rough patch, but my career is what it is because of our collaboration.’

Good Morning Britain airs weekdays at 6am on ITV.

MORE : Chrissy Teigen relieved she can now feel her baby moving after previous pregnancy loss: ‘Now I don’t need to keep texting my doctor for an ultrasound’

MORE : Chrissy Teigen reacts to ‘brutal’ trolls after revealing she had life-saving abortion amid loss of son Jack

Apparently, stroking a cat or dog can reduce stress (Picture: Getty) Petting dogs makes people more sociable – according to science. Watching, feeling and touching man’s best friend actually boosts neurons in the pre-frontal cortex – the area of the brain that helps regulate emotional interactions. While we always knew this to be the case, […]

Richarlison attracted interest from Arsenal and Chelsea before his move to Spurs (Shutterstock) Richarlison has revealed that Chelsea failed with an offer before his move to Tottenham this summer. The Brazil international joined Spurs in a £60 million deal from Everton and has two goals and two assists in his first eight appearances for Antonio […]