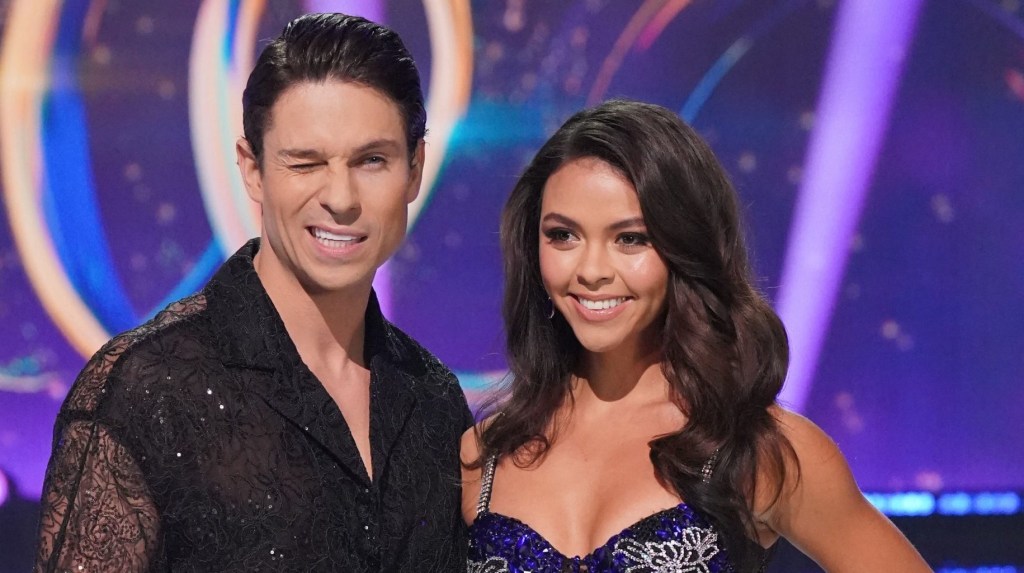 Dancing On Ice only started two weeks ago, but Joey Essex has already been embroiled in romance rumours with his professional partner, Vanessa Bauer.

Tongues started to wag after the former Towie star’s first performance on Sunday night, which saw him gush about his ‘beautiful’ trainer in a VT for their training sessions.

Joining Good Morning Britain on Tuesday to address the gossip surrounding himself and Vanessa, Joey appeared to confirm reports by stating both parties are ‘taking it slow’.

Speaking to presenters Susanna Reid and Ed Balls, he began by saying: ‘The truth is, I’m single, Vanessa’s single, we go to the ice rink every day. It’s cold, you’ve got to keep each other warm, so that’s it really.’

Joey initially continued to downplay rumours and replied: ‘No comment, I can’t confirm. We are both single.’

Reality star Joey previously played coy over the supposed romance between him and Vanessa when grilled by Lorraine Kelly.

‘I mean she’s a great partner,’ he said. ‘She is beautiful and she’s a lovely girl and we get on really well. It’s nice to be with someone who… we literally spend so much time together on the ice. It’s just nice to be happy.’

Joey and Vanessa scored a very respectable 27 for their debut skate, which saw him glide across the rink with ease to Mack The Knife by Robbie Williams.

Gemma Atkinson keen to sign a prenup before marrying Gorka Marquez: ‘We need to be sensible’

To view this video please enable JavaScript, and consider upgrading to a web browser that supports HTML5 video Gemma Atkinson has revealed she’s keen to sign a prenup before marrying Strictly Come Dancing star Gorka Marquez. The couple, who recently announced they were pregnant with their second child, a baby boy, got engaged on Valentine’s […]