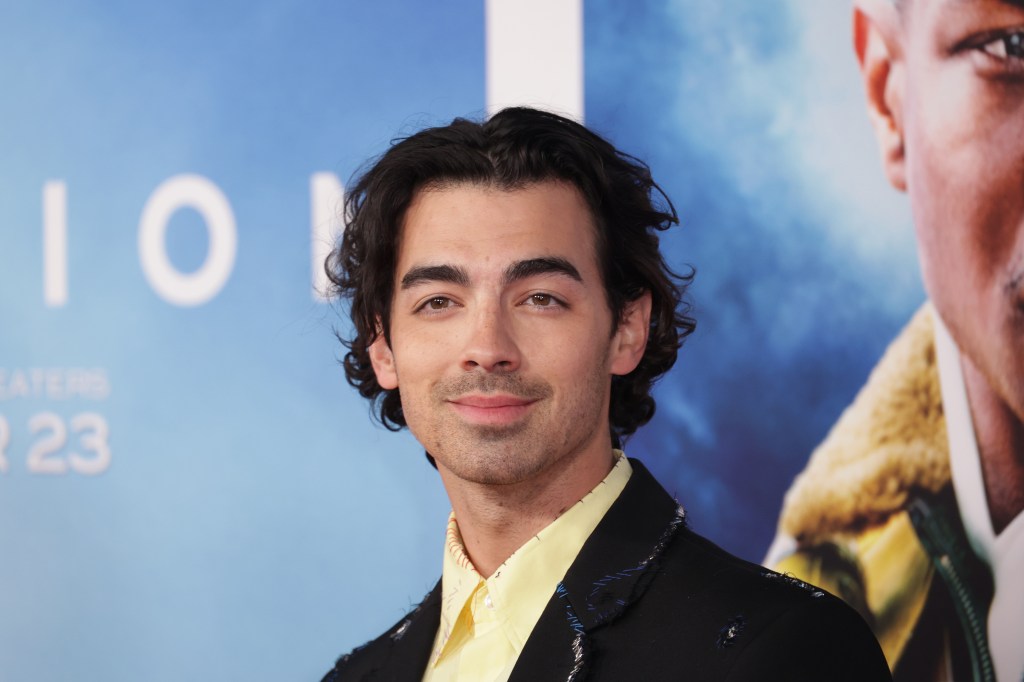 Joe Jonas was up for the role of Peter Parker in The Amazing Spider-Man but lost out to Andrew Garfield (Picture: WireImage)

Joe Jonas has recalled feeling ‘destroyed’ when he missed out on the role of Spider-Man to Andrew Garfield.

The actor and musician shot to fame alongside brothers Kevin and Nick Jonas in 2008, thanks to their appearances in Disney’s Camp Rock.

Their band – the Jonas Brothers – went on to gain masses of fans around the world, with Joe becoming a household name in the process.

But while he was a major success, the actor still faced some disappointment in his career – namely, not getting to play the famous web-slinger in the Amazing Spider-Man franchise.

The coveted character eventually went to Never Let Me Go actor Andrew, who reprieved the role alongside Tobey Maguire and Tom Holland in No Way Home last year.

And while Joe admits he was ‘destroyed’ at the time, he accepts Andrew was the ‘right one’ for the role.

Andrew eventually clinched the coveted role and made a surprise appearance in 2021’s No Waay Home as the character (Picture: Getty Images)

Joe was already world-famous thanks to the Jonas Brothers Band and Disney films (Picture: FilmMagic)

Speaking on the Just For Variety podcast, Joe was asked if there was ever a role he auditioned for that ‘destroyed’ him when he didn’t get it, and he admitted there were ‘a couple.’

‘I remember years ago I was up for Spider-Man and I was so, so excited and it was the year Andrew Garfield got it. Obviously, he was the right one.

‘But I remember that was a big thing at the time, going back for callbacks and the director used to be a music video director. So I was like, “I got an in here.”’

He added: ‘In the moment, you’re destroyed or you’re defeated. But you realize this person was brilliant.’

Joe accepts Andrew was ‘the right one’ for the role (Picture: WireImage)

Despite not getting the role, Joe insisted: ‘I love the process of auditioning and putting yourself out there and having to prove yourself.’

He never got to try on the iconic suit, he added, but joked ‘I’m sure I had one that I would try on occasionally back in the day.’

Elsewhere in the interview, Joe was asked if he would ever appear in a film or show alongside wife Sophie Turner, who played Sansa Stark in Game of Thrones.

Pondering the idea as ‘interesting,’ Joe said it would be ‘fun’ but would ultimately come down to it being ‘the right role or project.’

The musician is married to Game of Thrones star Sophie Turner, with the pair having welcomed their second child together this summer (Picture: Getty Images)

It comes after Joe revealed he had asked Sophie for acting advice so he didn’t freeze up on set, praising her as ‘the best acting coach ever.’

Why is the World Cup stadium called Stadium 974 and why is it made of containers?

The stadium is a first in World Cup history (Picture: Francois Nel/Getty Images) There’s plenty of weird goings-on at the World Cup 2022 in Qatar. The very fact that it is taking place in winter instead of the traditional summertime is the main one. The prohibition of alcohol in stadiums and the cabin-style mass accommodation […]

Katherine Ryan has claimed a certain male celebrity is known to be a predator (Picture: Getty) Katherine Ryan has claimed that the sexual predator who she refuses to name is an ‘open secret’ within the entertainment industry. The comedian and soon-to-be mum-of-three previously revealed in June that she had called out the anonymous celebrity to […]