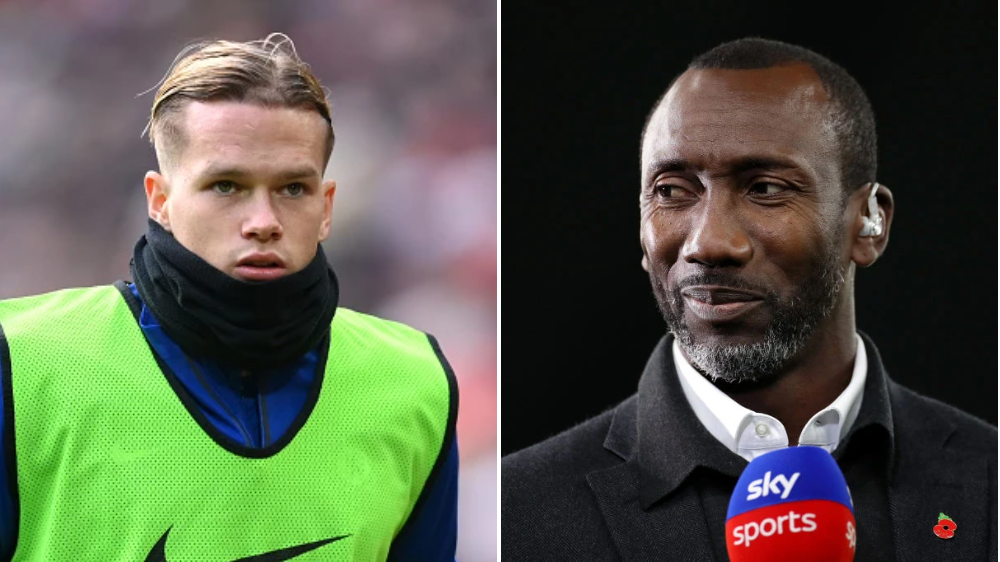 Arsenal were leading the race to sign Mudryk and expected to welcome him to the Emirates Stadium in a deal worth around £80m.

But Chelsea owner Todd Boehly hijacked the move and continued his spending spree by splashing almost £90m on the Shakhtar Donetsk star.

Mudryk made his Chelsea debut in Saturday’s goalless draw against Liverpool and impressed with his quick footwork and speed.

Rio Ferdinand, Steven Gerrard and Joe Cole were among those to praise Mudryk and Hasselbaink and has now backed him to emulate Hazard at Stamford Bridge.

Hazard established himself as one of Chelsea’s greatest modern players during his seven-year spell in west London, winning two Premier League titles, two Europa Leagues and the FA Cup with the Blues.

‘Arsenal had their valuation but when you get into a bidding war it’s up to the selling club to hold their price,’ Hasselbaink told Safe Betting Sites.

‘Chelsea wanted to do business but Arsenal didn’t want to get it done to the same extent and Chelsea capitalised on that.

‘I think for Chelsea it’s a very, very good acquisition. I can see him making the fans very happy over the next few seasons.

‘I see a bit of Joe Cole there but I think he could even be as important as Eden Hazard was for Chelsea.

‘I’m not comparing them because that wouldn’t be fair but if you remember, Hazard came from Lille and in his first year he needed some time to settle.

‘But then all of a sudden he took off and became a vital player at Stamford Bridge. It could be the same for Mudryk.’

Chelsea boss Graham Potter was also impressed by Mudryk’s Premier League debut, telling reporters: ‘He’s not played football for a while, he’s been on a mid-season break.

Kelly Brook reflected on her relationship with her body as she grew older (Picture: GC Images) Kelly Brook revealed she was done with ‘people pleasing’ and felt free of her anxiety as she learned to embrace her body. The 43-year-old model and TV presenter opened up about her body confidence and how she has struggled […]

To view this video please enable JavaScript, and consider upgrading to a web browser that supports HTML5 video Gymnast Ellie Downie, who has announced her retirement from the sport at the age of 23, has claimed that she was ‘sat on by coaches’ and ‘had her bag searched for food’ during training. In a statement […]

To view this video please enable JavaScript, and consider upgrading to a web browser that supports HTML5 video Ed Balls has thrown his name in the ring to appear on the upcoming ‘middle-aged’ Love Island – despite being married. ITV announced last week that a new series, titled The Romance Retreat, is in the works […]