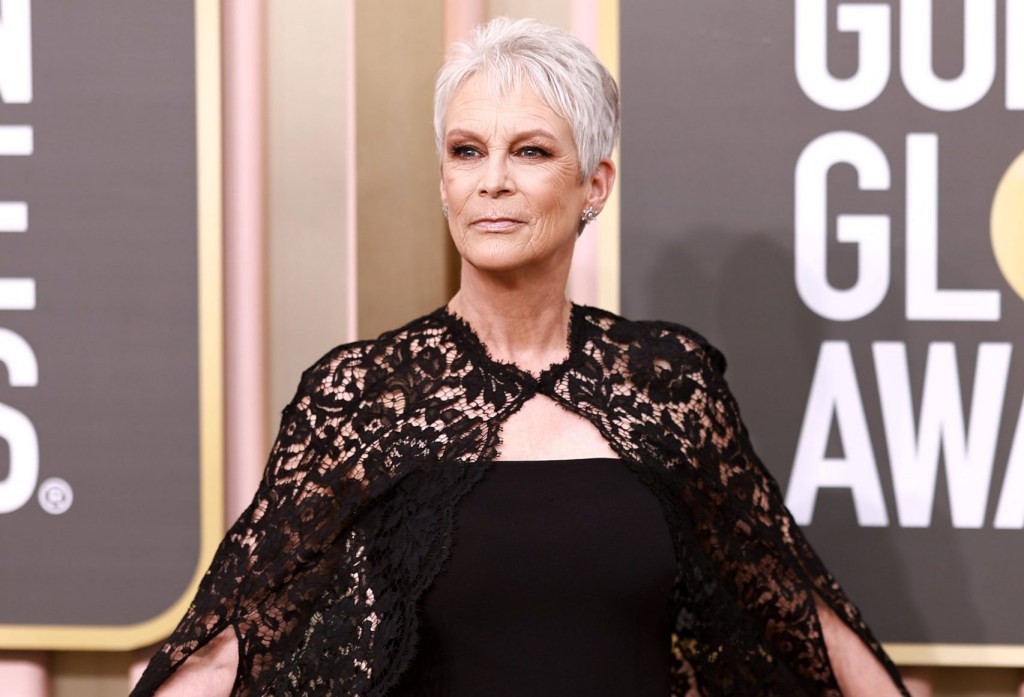 The nominations have been announced for the Oscars 2023 and Jamie Lee Curtis and her Everything Everywhere All at Once co-stars dominated the lists (Picture: Matt Winkelmeyer/FilmMagic)

The nominations have been announced for the Oscars 2023 and Jamie Lee Curtis has received her first-ever nod.

The iconic screen star, 64, will be up for the best supporting actress gong at this year’s ceremony for her performance in Everything Everywhere All at Once.

Curtis marked the momentous milestone shortly after the full nominations list was announced on Tuesday, posting a photo of herself reacting to the news while also noting the achievement was ‘never even in my wildest dream box’.

In one social media post, Curtis explained that one of her closest friends and a fellow filmmaker text her shortly before this year’s nominations were announced and asked if she wanted company while watching the big reveal.

Looking at her TV, Curtis could be seen with her hand clasped over her mouth and explained the photo was captured at the exact time her name was read out.

In a second photo, Curtis looks at the camera with her mouth wide open, which she explained was her reaction to finding out her friend and Everything Everywhere All at Once co-star Stephanie Hsu had also received a nomination in the category.

Curtis marked the momentous milestone shortly after the full nominations list was announced on Tuesday, posting a photo of herself reacting to the news (Picture: Instagram/jamieleecurtis)

In a second photo, Curtis looks at the camera with her mouth wide open (Picture: Instagram/jamieleecurtis)

The Halloween star also shared a photo of Everything Everywhere All at Once’s cast and crew (Picture: Instagram/jamieleecurtis)

She also shared a photo of her parents – Hollywood icons Tony Curtis and Janet Leigh – Curtis with her 4.8million Instagram followers and said she was ‘stunned’ and ‘humbled’ by the nomination.

The Halloween star also shared a photo of Everything Everywhere All at Once’s cast and crew.

Curtis penned a lengthy caption that read: ‘It was never even in my wildest dream box.

‘I have always felt very much like an outsider looking in and yet always so grateful for any and all opportunities I have had.’

The star went on: ‘Being a part of this beautiful movie, which just received so many acknowledgments for our talented, motley crew of artists, is the highlight of my professional life.

‘As this is a movie about a family of immigrants and their struggles through life, immediately I’m thinking of my parents, children of immigrants from Hungary and Denmark, whose families came here and sacrificed for their children to achieve their dreams.’

Curtis concluded: ‘I can only imagine what it would feel like for them and their parents to hear that their daughter/granddaughter was nominated this morning for an Oscar.

‘I am stunned and humbled and excited for our little movie that could and did and based on today’s nominations, continues to do and do and do.’

Ant and Dec’s Limitless Win players miss out on breaking record with whopping £1,200,000 – but they did get a surprise message from David Tennant

What a surprise! (Picture: ITV) A mother-son duo were inches away from winning the highest amount of money ever scored on a British gameshow, after racking up an impressive £1,200,000 on Ant & Dec’s Limitless Win. The season two finale of Ant McPartlin and Declan Donnelly’s ITV competition saw Tracey-Jane and Troy Beaumont from Liverpool […]

Steven Frank BEM has issued a stark reminder from the darkest days of Europe’s history about the descent into hatred and tyranny (Picture: Holocaust Educational Trust) As the first Russian missiles struck Ukraine, Steven Frank BEM was reminded of the harrowing events he witnessed when the Nazis marched into his neighbourhood 82 years ago. The Holocaust […]