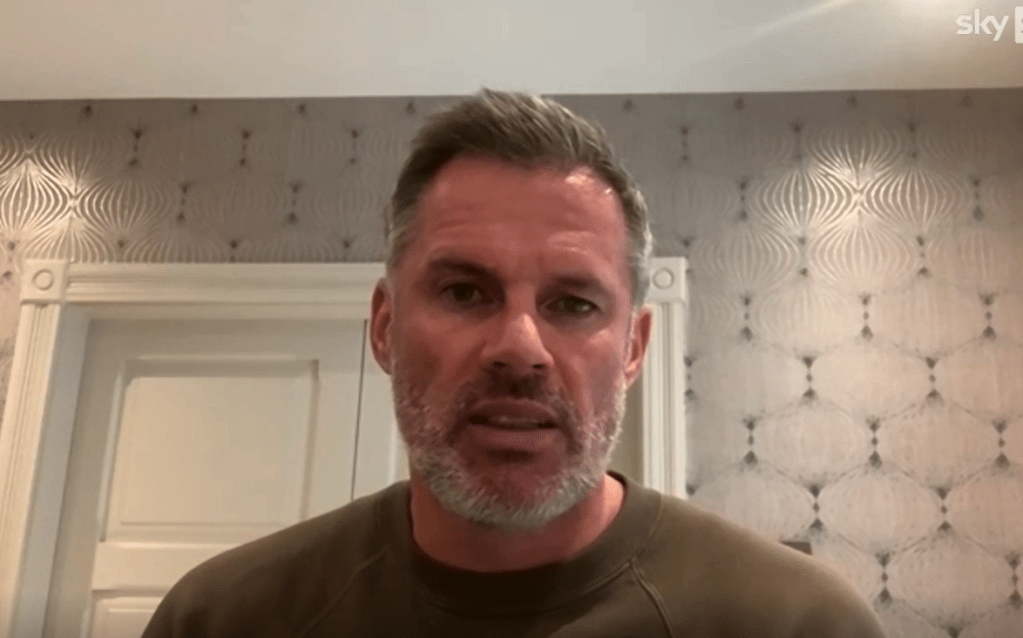 Jamie Carragher has given his take on the 2022 World Cup (Picture: Sky Sports)

Jamie Carragher believes up to eight teams could win the World Cup and has revealed his ‘big concern’ for England.

All 32 teams in Qatar have now taken to the pitch, with the likes of England, Spain and France impressing and Argentina and Germany suffering shock defeats.

Netherlands and Ecuador are joint-top of Group A having beaten Senegal and Qatar respectively.

England, semi-finalists in 2018, thrashed Iran 6-2 last time out and now turn their attentions to Wales, who drew 1-1 with the USA.

Saudi Arabia produced one of the great upsets to go top of Group C, with Poland and Mexico also ahead of two-time winners Argentina, one of the pre-tournament favourites.

World Cup holders France made a strong start in Qatar, beating Australia 4-1, while Denmark were held to a 1-1 draw by Tunisia.

Spain also looked in fine form as they smashed Costa Rica 7-0, but Germany face an uphill battle to make the knockout stages after losing to Japan.

Thanksgiving 2022 is almost here. (Credits: Getty Images/Tetra images RF) Happy Thanksgiving 2022! Today is dedicated to gratitude, kindness, and heaps of hearty food. Millions of people will be giving thanks and showing gratitude around the world today. While thanksgiving isn’t widely celebrated in the UK, we can still share some kind sentiments on social […]

‘Wear the armband!’ – Roy Keane plays down Germany protest and tells them to ‘do more’

The pundit believes the players need to use their voices (Pictures: Getty / ITV) Roy Keane has played down Germany’s powerful gesture prior to their World Cup clash against Japan on Wednesday and says the players must ‘do more’ to speak out on issues. Die Mannschaft’s squad all covered their mouths with their hands during […]

Ash Palmisciano reveals we have a big Emmerdale Christmas in store for us (Picture: ITV) For soap fans, one of the best things about Christmas is looking forward to those big seasonal episodes, when you can slump in front of Emmerdale in a turkey/nut roast haze and watch your favourite characters lurch from one festive […]