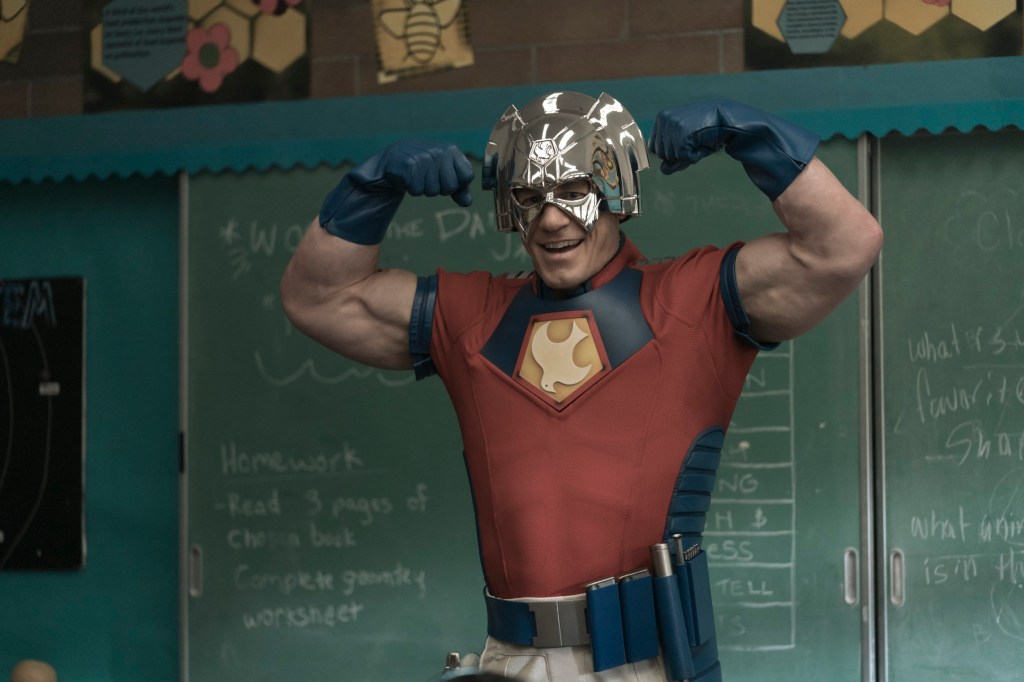 Director James Gunn has assured fans that Peacemaker will not suffer the same fate as Batgirl (Picture: 2022 WarnerMedia Direct, LLC)

Peacemaker season 2 will still be going ahead after fellow DC offering Batgirl was cancelled by Warner Bros, director James Gunn has said.

The Guardians of the Galaxy director assured fans the series would not be pulled from the network.

He also posted a photo of Jennifer Holland, who plays Emilia Harcourt in the show, behind the scenes.

The first season premiered earlier this year and is the first DC Extended Universe television series and a spin-off from the 2021 film The Suicide Squad.

It seems fans were left wondering about the show’s future after Batgirl was abruptly dropped by Warner Bros.

The studio decided they would not be releasing it on any platform, despite the project being almost completed.

A spokesperson said: ‘The decision to not release Batgirl reflects our leadership’s strategic shift as it relates to the DC universe and HBO Max. Leslie Grace is an incredibly talented actor and this decision is not a reflection of her performance.

‘We are incredibly grateful to the filmmakers of Batgirl and Scoob! Holiday Haunt and their respective casts and we hope to collaborate with everyone again in the near future.’

The star-studded blockbuster boasted a stellar cast, with In The Heights actress Leslie Grace playing the titular superheroine alongside the likes of Michael Keaton, Brendan Fraser, and JK Simmons.

MORE : Batgirl directors ‘shocked and saddened’ as film cancelled in post-production: ‘We can’t believe it’

House hunters mock the building plans (Picture: Triangle News) Plans for a three-storey, six-bed £4.8million mansion, located in a celebrity hotspot, have been revealed. But the design isn’t for everyone. Set with an underground garage, games room, cinema and gym, the luxurious property – which hasn’t even been built yet – has been brought to […]

Camila broke away from Fifth Harmony to go solo in 2016 (Picture: Jeff Kravitz/FilmMagic for iHeartMedia) Camila Cabello’s career could have gone in a completely different direction, as she wasn’t originally supposed to audition for The X Factor, it’s been revealed. In 2012, the singer – then in her mid-teens – auditioned for the singing […]

Westlife wow thousands of fans in band’s first ever Wembley Stadium gig, 24 years into their career

The boys performed to a full capacity crowd for their sell-out show (Picture: PA) Irish boyband Westlife performed their greatest hits to a packed Wembley Stadium on Saturday night, thrilling fans, The sold-out show, featuring numbers such as major 1999 hit Flying Without Wings, was part of their Wild Dreams Tour. It was the first […]