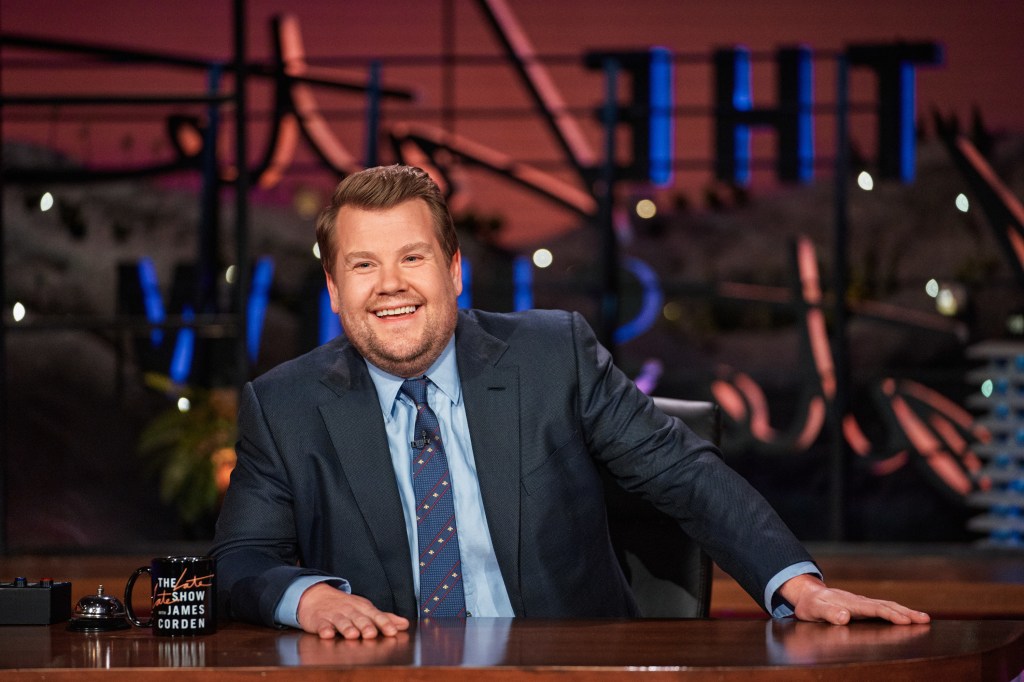 The Late Late Show with James Corden has announced a stellar line-up of guests (Picture: CBS)

The star-studded line-up for the Late Late Show with James Corden has been announced, with President Joe Biden among those making the cut.

The Gavin and Stacey actor promised that his final season on our screens would go out with a bang, and it looks like he is keeping good on that guarantee.

It was confirmed that the 43-year-old will be hosting a week of episodes from London, setting up camp at Freemansons’ Hall in the UK capital.

Guests sitting down for a chat include the US president, Fast and Furious legend Vin Diesel and Billie Eilish.

Ed Sheeran, Sam Smith and John Boyega will also be popping up, with Alanis Morissette, Tessa Thompson and David Harbour joining in the fun.

Lizzo is also on board, and will be getting into the passenger seat for an all-new Carpool Karaoke session.

President Joe Biden will be appearing on the series (Picture: Getty)

Vin Diesel will also be joining in the fun (Picture: WireImage)

This marks the fourth time that the Late Late Show has graced the UK – and will be the first time the show has been back in London since the pandemic.

Earlier this year, James confirmed that he will be stepping away from hosting duties in 2023.

The Cats star first started hosting the CBS show in 2015 and has been a staple of our screens ever since.

James announced his exit from the series earlier this year (Picture: Getty)

‘It’s been a really hard decision to leave because I’m so immensely proud of the show. I’m thrilled to be extending [for a year]. I always thought I’d do it for five years and then leave and then I stayed on,’ he said at the time.

‘I’ve really been thinking about it for a long time, thinking whether there might be one more adventure.

‘My bosses here at CBS have been incredibly supportive and extraordinarily patient with me while I made this decision.’

James has not yet announced his next move, but became emotional when he discussed his exit on the show.

‘We are all determined to make this the best year we have ever had making this show. We are going to go out with a bang,’ he told viewers.

‘There is going to be Carpools, and Crosswalks, and sketches and other surprises… And there will be tears. There will be so many tears. Cause this has been the hardest decision I’ve ever had to make, it really has.

‘I’ve never taken this job for granted. Ever. Not once. And … the fact that you watch us at home. Or you watch us online. Wherever you are, all over the world.

‘The fact that we get …read more

Is Junior the next Peter Andre? (Picture: JuniorAndre/Youtube/Instagram) Junior Andre is well and truly following in the musical footsteps of his dad, Peter Andre, as his debut single has proved a hit. The teenager dropped his debut single, Slide, on Friday, much to the delight of fans who were counting down the days after months […]

Maria is left in shock after finding a deep fake video online (Picture: ITV) Maria Connor’s (Samia Longchambon) life is turned upside down in Coronation Street next week, as she finds out that a deep-fake video of her has gone viral online. The local councillor makes the discovery after clashing with son Liam, who eventually […]